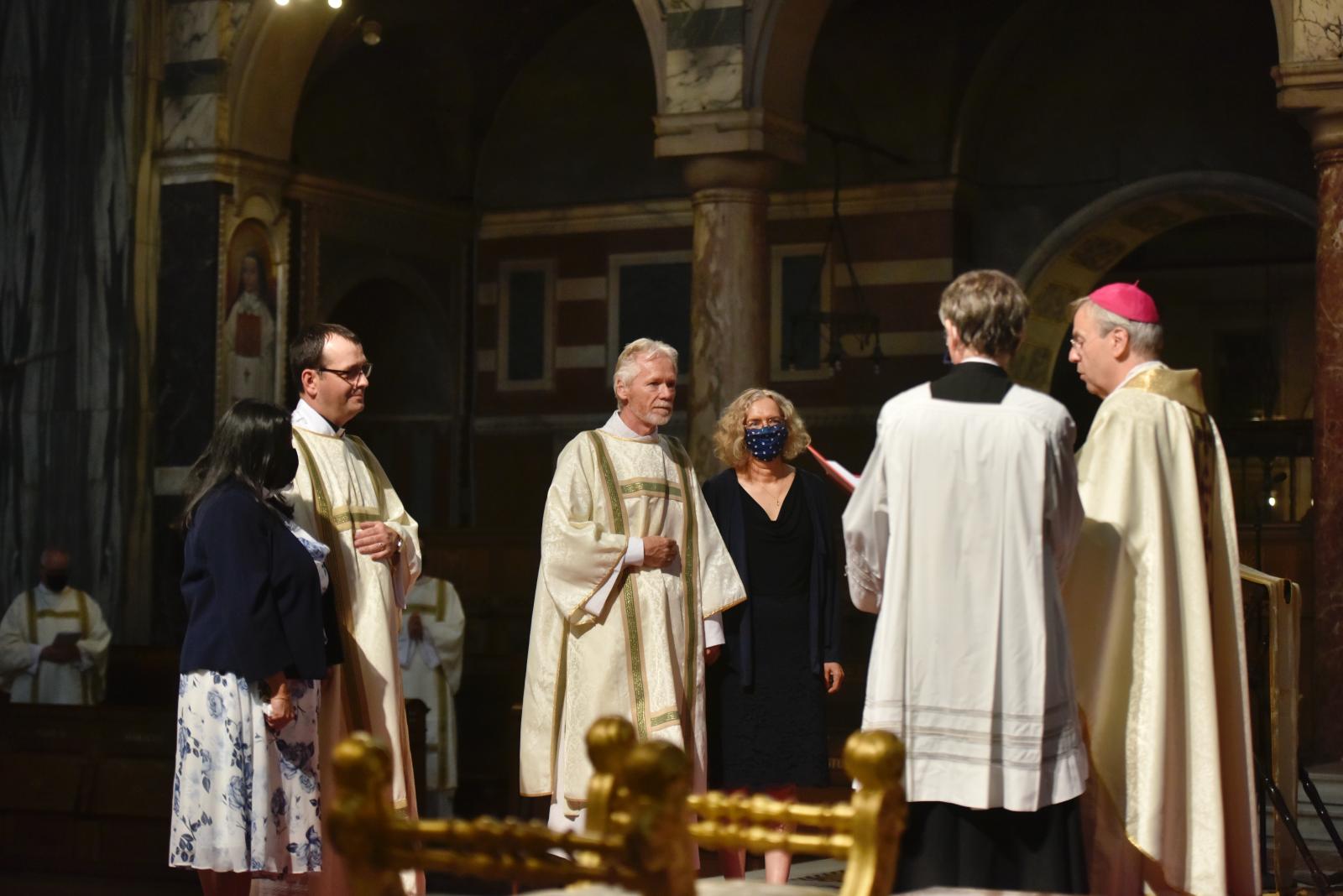 In his homily, Bishop Nicholas spoke about the theme of ‘service’:

‘It is a deeper commitment to service that you make today. Service is what you will be all about. So much so that Pope Francis calls Deacons Custodians of Service; and he captures the breadth and depth of your ministry simply and profoundly in the one repeated word, ‘service’: service to the Word, service to the altar, service to the poor.'

Bishop Nicholas also reflected on the psalm of the day:

‘The psalm given us today is a beautiful choice for a diaconal ordination, with its key phrase: “The cup of salvation I will raise; I will call on the Lord’s name.”

‘It makes me think immediately of how, for the rest of your lives, your privilege it will be at every Mass to raise aloft the cup of salvation as the priest intones the great doxology, “Through him, with him and in him.” Soon after I was ordained a deacon myself, someone said to me, “When you raise the chalice alongside the priest, will you remember my poor brother and ask the Lord to have mercy on him?” Mysteriously, I do, often: I remember her brother as I lift up the chalice.

‘Another phrase which binds your triple service – to the Word, to the altar, to charity – is a phrase which we derive from Pope St John Paul II, in his message following the Synod on the Laity. It’s that “Communion is for Mission”. It means our service of Christ on the altar only makes sense if we also preach His Word and reach out to him in the poor.

‘Pope St John Paul liked also to remind us of the promise made by the Lord on the lips of the prophet Jeremiah: “I will give you shepherds after my own heart.” Service is about shepherding. Brendan and Jayson, consider yourselves shepherds; and aspire to be shepherds after the Lord’s own heart.’

Finally, Bishop Nicholas shared the words of Pope Francis’, speaking about the diaconate:

‘Pope Francis is clear the Diaconate is a vocation; and a unique vocation at that. I hope you and all Deacons here present are encouraged by the words of Pope Francis recorded in that interesting document, The Pastoral Conversion of the Parish Community, where he says, “the image of a deacon as some sort of intermediary between the faithful and pastors is inappropriate …. (it is a) family vocation that requires service … Service is the key to understanding your charism.” “A family vocation”. That doesn’t mean it’s the family’s vocation: no, the vocation is Brendan’s and Jayson’s. But it does mean it affects the whole family.’

Fiftieth anniversary celebrations for the permanent diaconate began this year with a Mass at Leeds Cathedral on 1st May. Due to the Covid-19 pandemic, other events have been postponed until 2022. These will include a special Mass at Westminster Cathedral on 2nd July 2022 and a National Assembly for deacons from 2nd to 4th September 2022, at Liverpool Hope University. Further information on the permanent diaconate can be found here.

Photos from the permanent diaconate ordination Mass are available here. 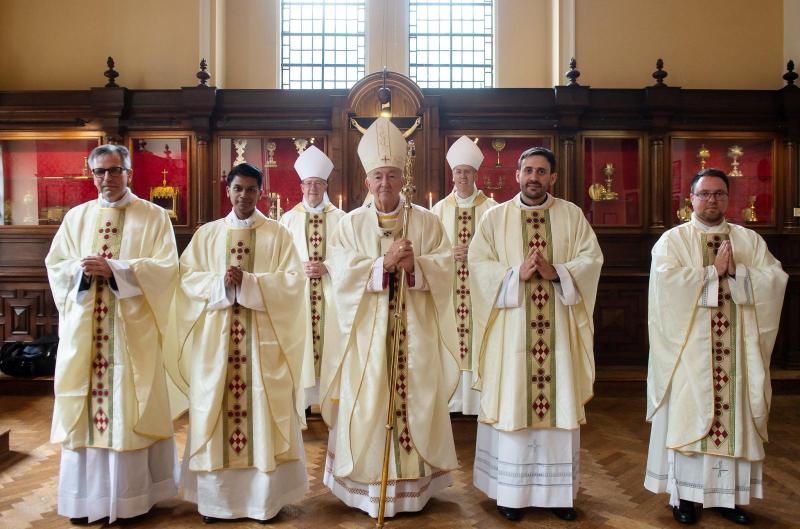