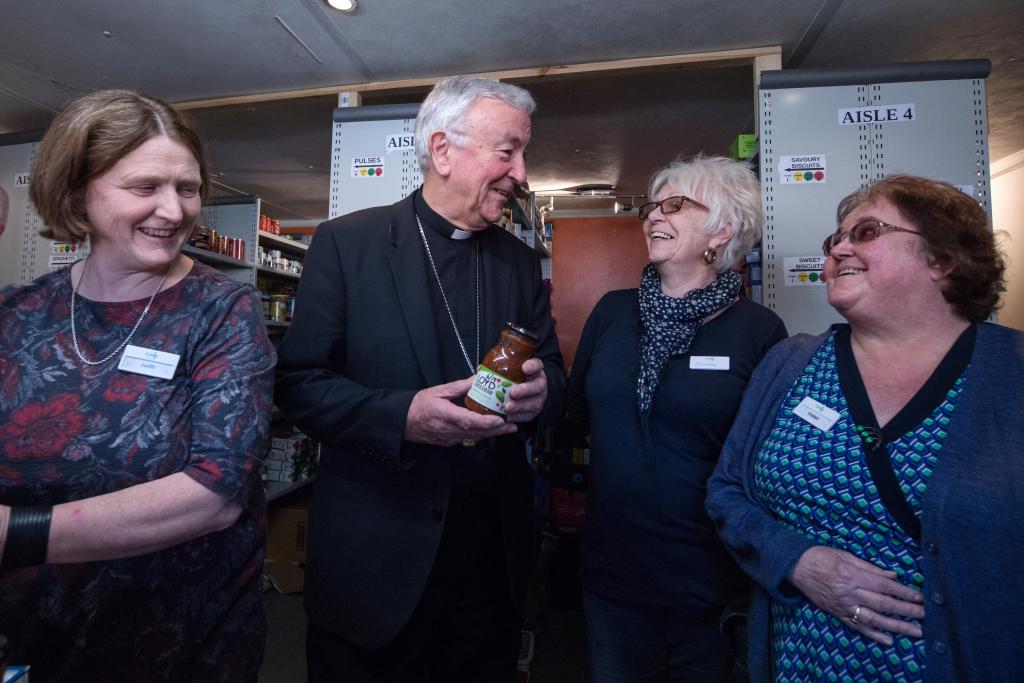 Just before the start of Lent, Cardinal Vincent launched his annual Lenten Appeal, which this year focuses on the problem of food poverty and food insecurity. At the same time, he announced the launch of a new food relief initiative across the Diocese of Westminster.

The announcements were made at St Teresa of the Child Jesus Catholic Church in Borehamwood, which hosts the twice-weekly Borehamwood Foodbank, at a packed gathering that included trustees and volunteers of the Foodbank, guests from local Christian Churches and Synagogues, Mayor of Elstree and Borehamwood Victor Eni, and staff and pupils from St Columba’s, Nicholas Breakspear and St Teresa’s Primary School. 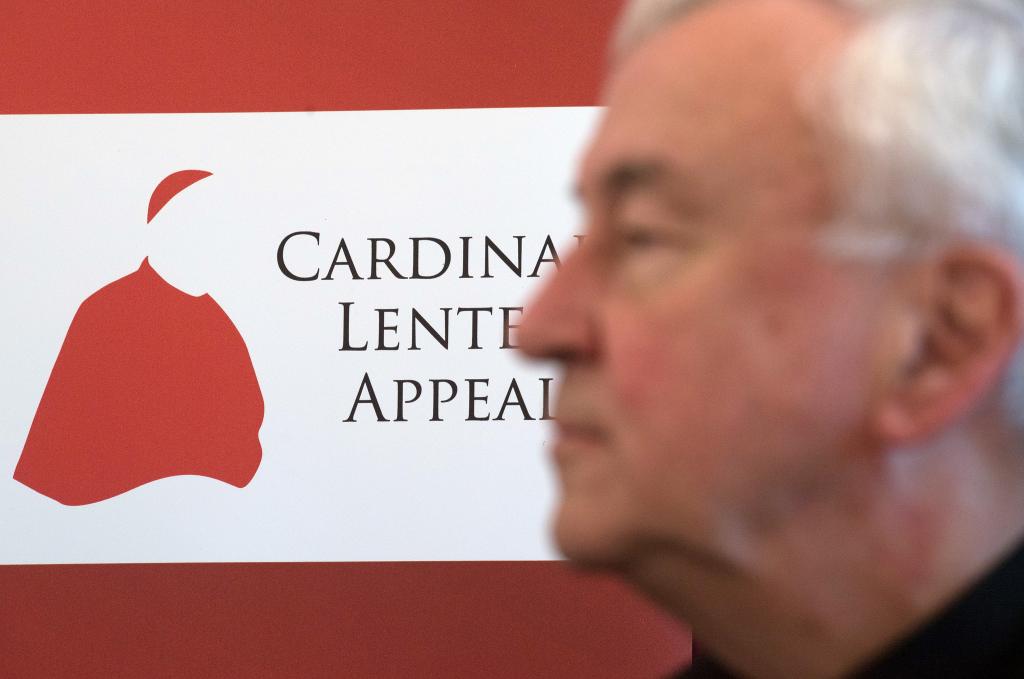 The initiative to tackle food poverty, launched by Caritas Westminster, the social action agency of the diocese, will look to expand the work already being done in a number of parishes and schools to alleviate food poverty and food insecurity.

Food poverty and food insecurity are a reality for many across the Diocese. Teachers in diocesan schools are aware of children who attend each day with little or no food, many of whom are ashamed to enrol for free school meals. Twenty-four parishes in the Diocese already run foodbanks with partners in their local communities; another 30 parishes support direct food aid; and 56 parishes help other foodbanks in their areas.

Commenting on the problem, the Cardinal said: ‘It is saddening and shocking that there are such levels of food poverty, and homelessness, in a society as wealthy as ours. Much of this poverty is hidden. But it is real and present around us.’
In response, he said: ‘We need to increase our effort and do more not just to relieve this poverty but also to help people to become better able to eat well, even with less to spend. This is my hope, and I know that we have the will and determination to make a difference.’ 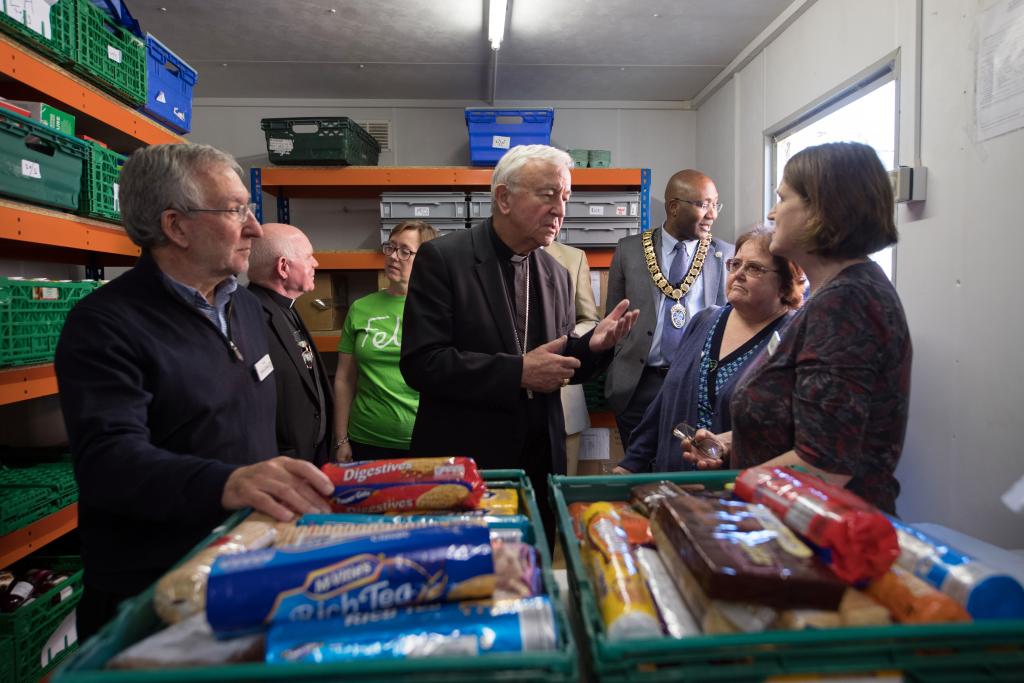 The new initiative to be launched across the diocese has three aims:

• Direct relief of food poverty by providing sufficient food to address the issue of hunger. Building on existing initiatives, it will provide additional locations for providing food to those in need.
• Enabling food security and resilience through additional skills and resources, such as signposting people towards services and training available, to help them move beyond foodbanks into independence.
• Education and advocacy to generate greater awareness of the systemic causes of food poverty and how individuals and parishes can become involved in alleviating some of these causes at the local level and campaigning for change nationally.

The initiative will be rolled out through schools and parishes, beginning around the seven existing Caritas hubs, and gradually expanded throughout the diocese. In addition to the many partner charities that work with our parishes, schools and Caritas, the Cardinal also welcomed The Felix Project who will look to get involved in the effort through the delivery of surplus fresh food to supplement local donations of non-perishable items.

Launching the initiative at Borehamwood was especially fitting as the foodbank has been developing and expanding over its six-year history. Recognising a local need, the Elstree and Borehamwood Council of Churches decided in 2012 to address food poverty by establishing a foodbank. Opened in 2013, with the involvement of the Trussell Trust, the Borehamwood Foodbank, which is based at St Teresa’s, has provided over 14,000 emergency food parcels through its twice-weekly sessions. The foodbank has since expanded its services to include payments to alleviate fuel poverty, lunch clubs during school holidays, and, most recently, a dedicated individual from the Citizens Advice Bureau who provides advice and assistance to foodbank users.

Fr Dominic McKenna, who spearheaded the launch of the Borehamwood Foodbank, praises the many volunteers and donors who represent a wide cross-section of the community, including local Catholics from the parish, as well as many from other Christian Churches, the two Synagogues, primary and secondary schools, and other local charities. He credits the effectiveness of the foodbank to their commitment and dedication. 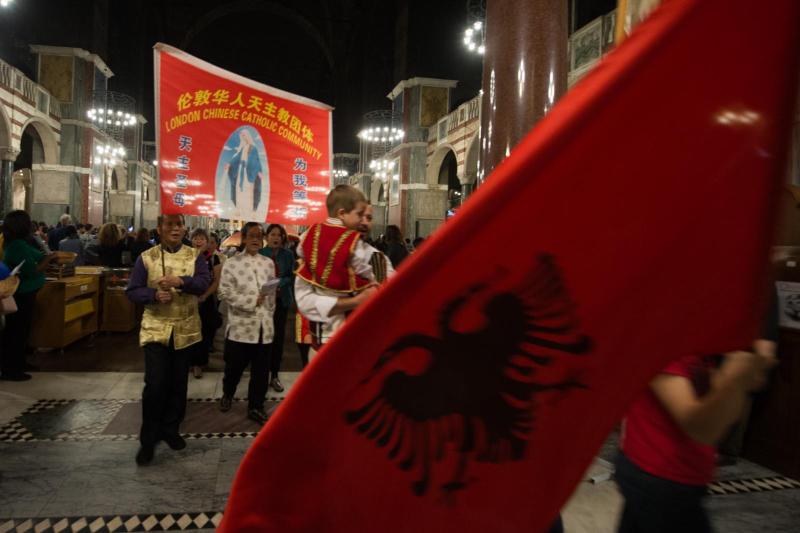 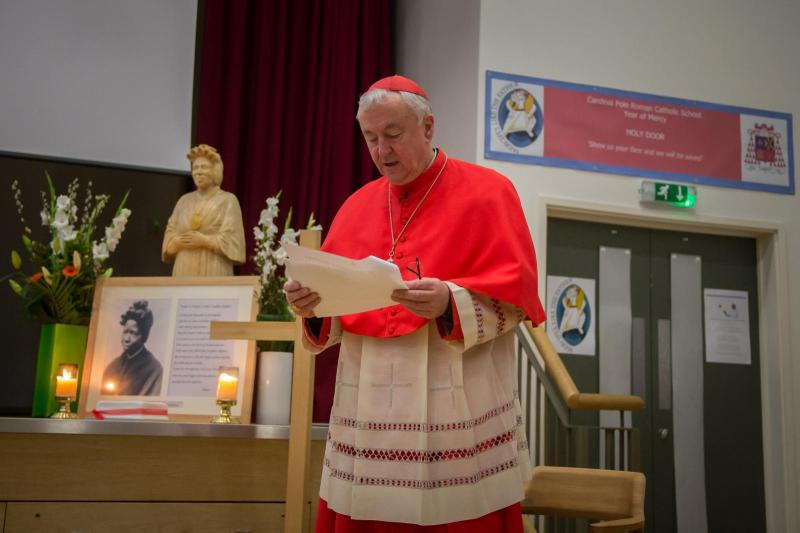 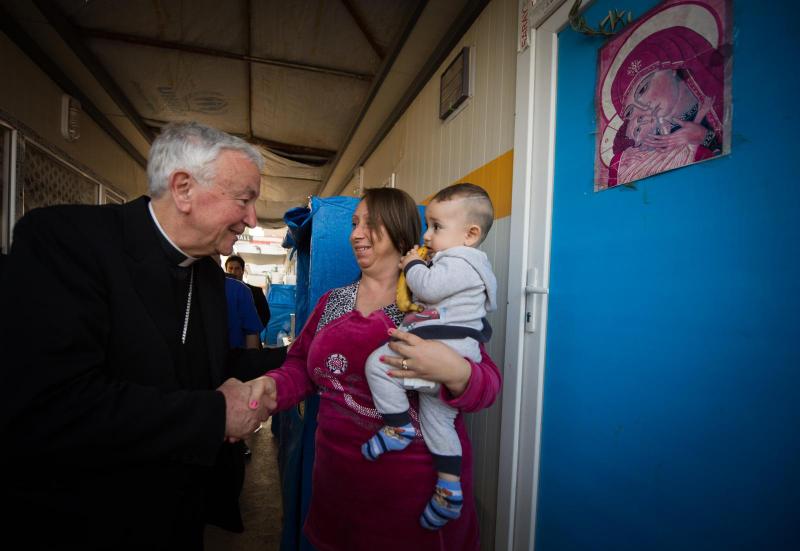 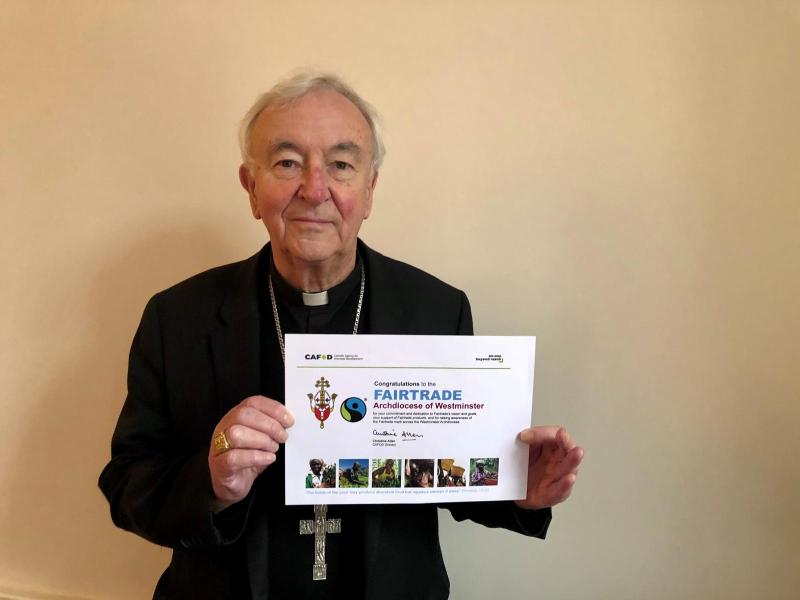