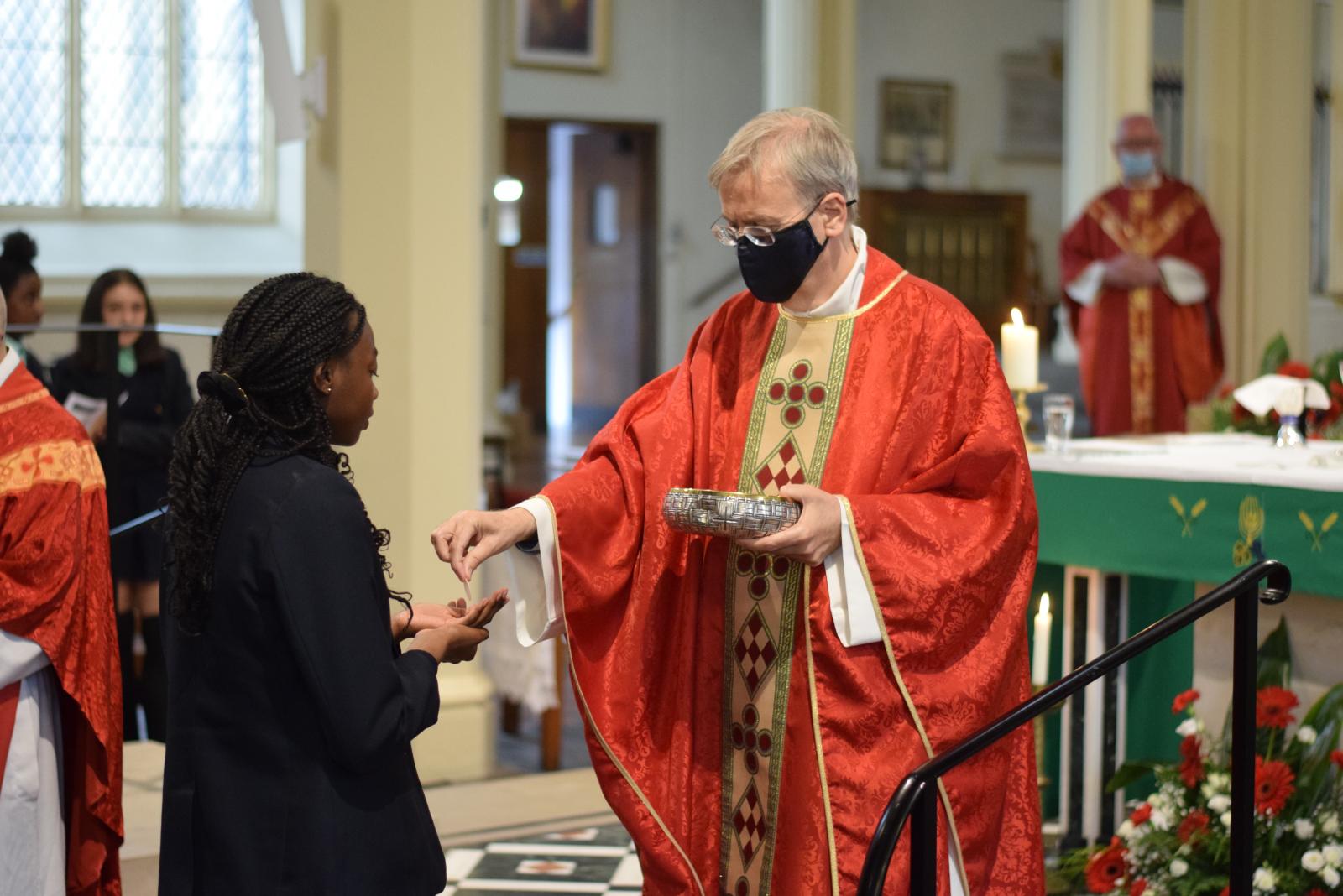 For the solemnity of St Peter and St Paul, Bishop Nicholas Hudson visited Bishop Challoner School in Tower Hamlets, to celebrate Mass. Fr Willie Skehan, Fr Keith Stokes and Fr Victor Camilleri concelebrated. Although initially planned as a whole school open-air Mass, due to the inclement weather, it was forced to move into St Mary's and Michaels Church with only year nine in attendance. They were joined by year five from English Martyrs Tower Hill.

At the start of the Mass various items from each subject in the school were bought to the sanctuary. Although many year groups were not able to be be present, readers and servers from each took part, meaning the whole community was represented and prayed for.

In his homily, Bishop Nicholas spoke about how Sts Peter and Paul gave great witness to their faith through their martyrdom.

'Even though they were likely to be killed for it, they had the courage of their convictions; and kept preaching the Christian message.'

'When Paul’s head was cut off, it bounced three times down the slope. And, in each place it bounced, a fountain sprang up. That’s why the place is called ‘Three Fountains’, ‘Tre Fontane’. And you can still see those fountains today, just outside Rome.

'Peter was put to death in a very different way. Because Paul was a Roman citizen, he could be killed with just one blow of a sword. Peter was crucified. He asked not to be crucified in the same way as Jesus but upside down.'

'They both devoted their lives to telling people who Jesus of Nazareth was. And so it was that the Catholic Church took root in Europe. From Europe, it spread to every continent of the world. We’re here today, celebrating the Eucharist, because they had the courage to tell people who Jesus was.'