Homily for the feast of St Peter and St Paul 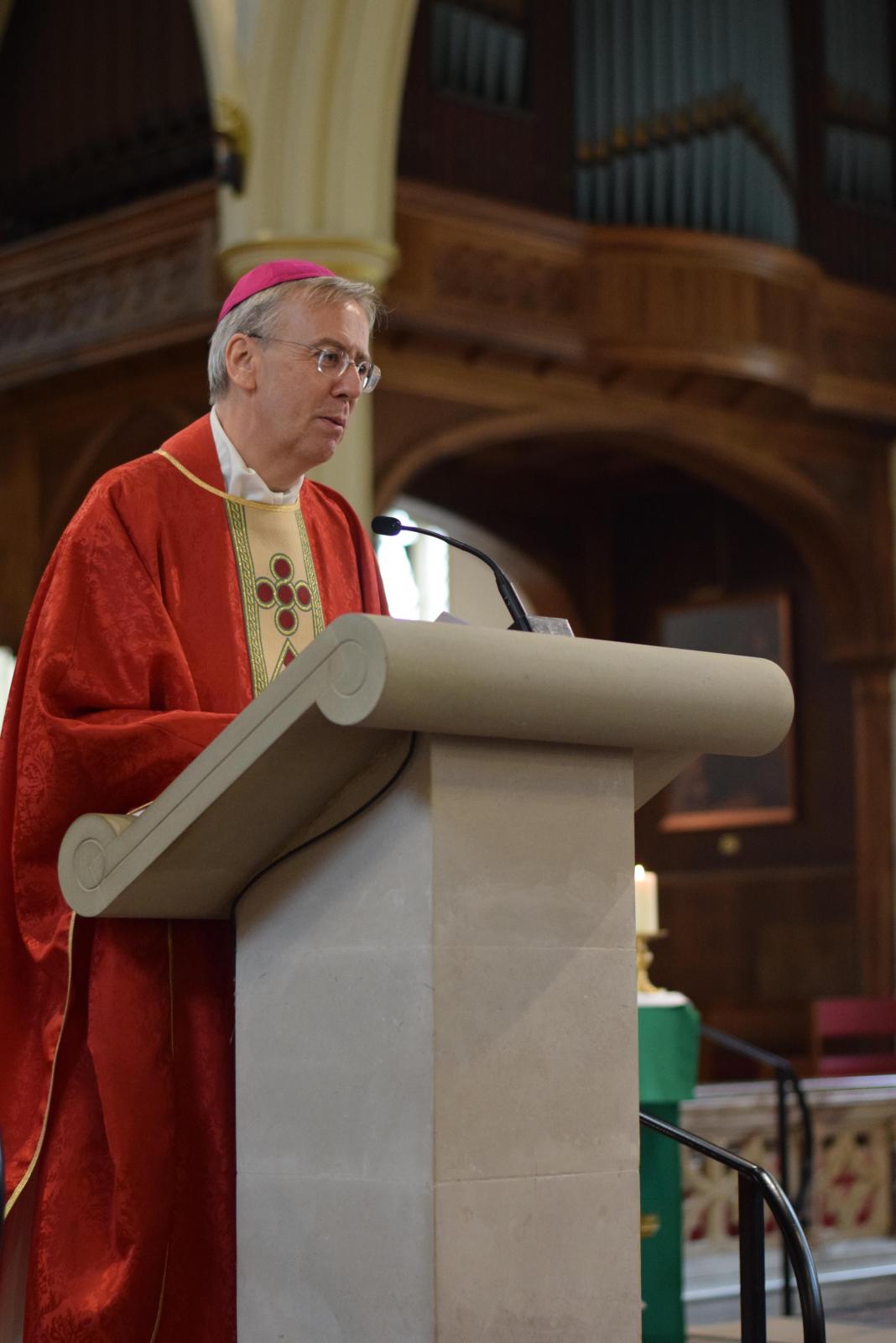 Given on the feast of St Peter and St Paul, 29th June 2021, at the Church of St Mary and St Michael, Commercial Road. The Mass was attended by Year 9 students from Bishop Challoner Catholic Federation of Schools.

When Paul’s head was cut off, it bounced three times down the slope. And, in each place it bounced, a fountain sprang up. That’s why the place is called ‘Three Fountains’, ‘Tre Fontane’. And you can still see those fountains today, just outside Rome.

Peter was put to death in a very different way. Because Paul was a Roman citizen, he could be killed with just one blow of a sword. Peter was crucified. He asked not to be crucified in the same way as Jesus but upside down.

He was crucified on Vatican Hill. At the back of the hill, there was a cemetery. They allowed Christians to be buried in the poorest section. St Peter’s Basilica was built over the place where Peter was buried.

In the middle of the last century, they dug down and found Peter’s grave. They knew it must be Peter’s grave because it was surrounded by thousands of tombs all pointing towards his. And on the walls of the tombs were hundreds of graffiti, 1st and 2nd century graffiti, saying, ‘Peter, pray for me’.

The story of Peter and Paul should encourage us, because they both showed it’s possible to change your ways. Paul was a Jew who persecuted Christians. He was one of those who murdered Stephen, the first Christian martyr. But then he had a conversion.

Saul, as he was then called, was riding to Damascus when, he says, he was suddenly surrounded by light. He fell from his horse; and heard a voice saying, ‘Saul, Saul, why are you persecuting me?’ ‘Who are you?’, he cried out. ‘I am Jesus of Nazareth’, replied the voice, ‘and you are persecuting me’. Saul then found he couldn’t see. Jesus sent him a man called Ananias, who restored his sight. Saul became a Christian; he changed his name to Paul; and gave the rest of his life to preaching about Jesus, even though he knew he would get killed for it.

Peter had denied Jesus too. Three times. There’s something mysterious about the number three that links the two men. Three times Peter denied that he knew Jesus. Jesus had just been taken away; and Peter was asked by three different women, ‘Aren’t you one of his disciples?’ Three times he denied it. And three times the cockerel crew, as Jesus had prophesied it would.

But Jesus forgave Peter. Jesus understood that any of us would have been frightened. In this story we hear Jesus giving Peter a second chance. Three times - there is it again - Jesus asks him, ‘Do you love me?’ And three times Peter assures him he does. Three times Jesus tells him to look after his sheep.

This Peter does. He joins Paul in Rome. They both devote the rest of their lives to telling people who Jesus of Nazareth was. And so it was that the Catholic Church took root in Europe. From Europe, it spread to every continent of the world. We’re here today, celebrating the Eucharist, because they had the courage to tell people who Jesus was. Even though they were likely to be killed for it, they had the courage of their convictions; and kept preaching the Christian message. By dying in the heroic way they did, they gave the most powerful witness to their belief in Christ.

The moral of today’s feast? If ever we feel we lack the courage to admit that we’re Christians, we should remember Peter and Paul; and ask them to pray for us.