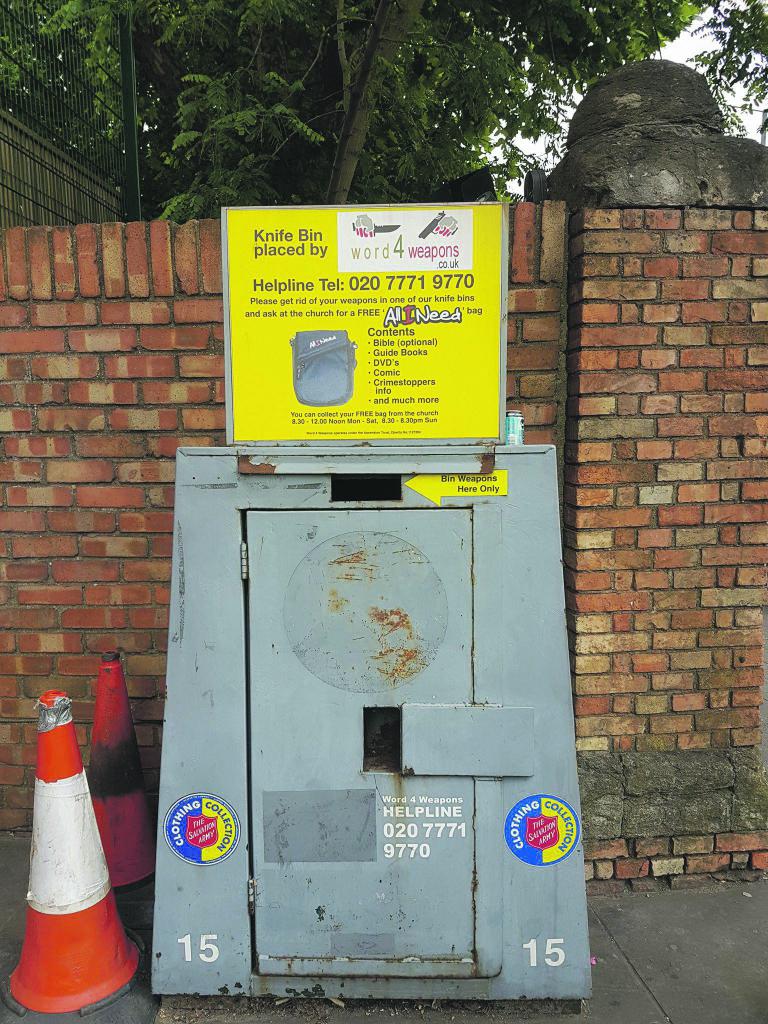 In the last year the Capital has seen a 21% increase in knife crime, according to figures from the Metropolitan Police. Between January and April 2018 alone this has included 1,296 stabbings, 46 of them fatal, contributing to London’s murder rate overtaking New York’s for the first time ever. This rise in violent crime is hugely troubling, leading many in London to question what we can do to support our community and protect people from this violence.

For St Mellitus Parish in Tollington Park this issue hit especially close to home. In the last 10 years St Mellitus has tragically lost two young parishioners to knife crime. The St Mellitus Justice and Peace group decided to look into how they could help make their local area safer. They began by raising awareness of the problem through an annual peace walk in memory of local victims. They also began working with London Citizens’ ‘CitySafe’ campaign, persuading local shops to become safe havens for those feeling threatened and unsafe on the streets.

However, the continued rise in violent knife crime led to the parish thinking more about how they could help take knives off the streets. On 9th June they held their second knife search, where parishioners joined the police to search for hidden and abandoned knives, successfully finding and removing a large cache of weapons.

Their main focus, however, has been finding a longer term solution for removing knives. They are now raising money to install a knife bin outside St Mellitus. Knife bins are places where those who no longer wish to carry knives can dispose of them safely and discreetly. These bins have helped remove thousands of knives from the streets, collecting an average of 250 knives a year, and supporting the work of the local police. They are provided by a Christian charity called ‘Word 4 Weapons’; however they are costly to install and maintain, costing £10,000 for three years.

Caritas Westminster have been supporting St Mellitus with this project. At Caritas we support parishes to respond to the needs of their local community through social action projects. One of the key ways we can do this is through the St John Southworth Caritas Fund. This fund exists to provide support to those in crisis, and to offer seed funding to innovative parish projects which address local needs. We have been able to give funding and continued project support towards the St Mellitus knife bin, helping the parish to deliver their ambitious project.

St Mellitus are now well on their way to securing enough funding for the knife bin to be installed. They will be holding fundraising and awareness raising events with the local community over the coming months. They will also be working with Courtyard to host a gathering called ‘Hope Together’, looking at the issues of knife crime and how Catholic communities can provide a positive response. This is part of Courtyard’s wider work in the diocese to support young people on the edge of our communities.

If you would like more information or to donate towards St Mellitus’ important project please visit their Just Giving page here https://www.justgiving.com/
crowdfunding/percy-aggett.