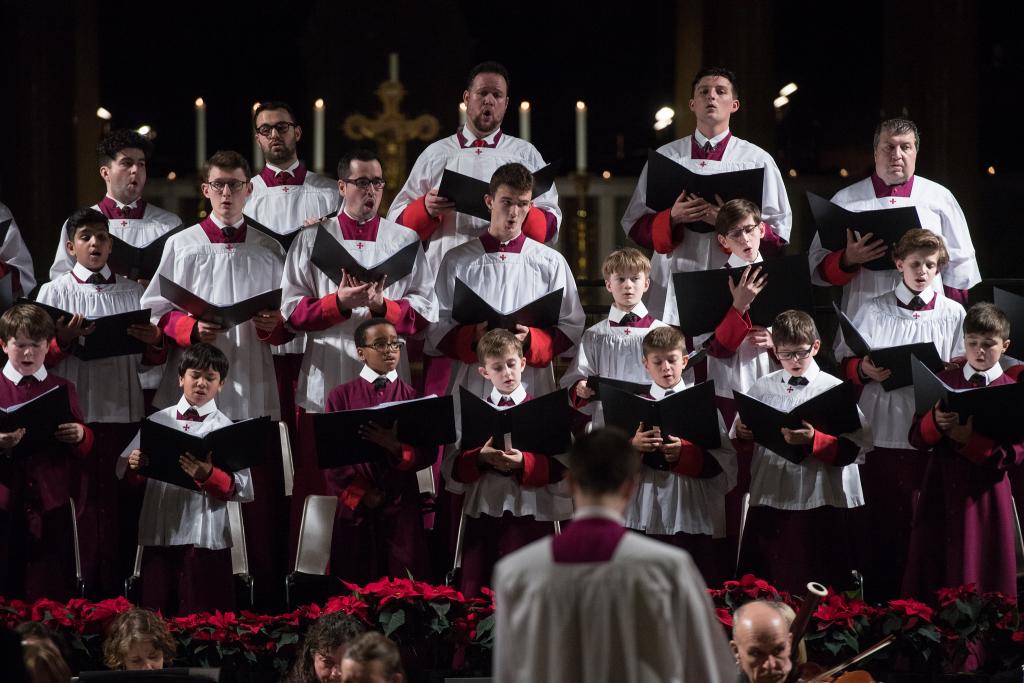 1. The change to the boarding schedule at Westminster Cathedral Choir School was made because of declining chorister recruitment. There was no financial or other imperative involved. Quite simply, there was a falling number of parents who wanted full boarding for their eight-year-old sons. When the changes were announced in March 2019, one probationer had accepted for September 2019.

The choristers are intrinsic to one of the School’s aims: to support a world-class choir for Westminster Cathedral. The success of the Choir and the School (WCCS) are interdependent.

Since the changes in boarding arrangements were announced, the overwhelming majority of parents have kept their children at the School. Parents of current choristers have also overwhelmingly told the School that their children are happier and less tired under the new arrangements, and enjoy being with their families at the weekend. Staff at the School report a greatly-improved atmosphere in the boarding house, with no homesickness.

3. The School consulted current chorister parents and parents of some non-joiners in January 2019. The process of consultation fulfilled the contractual obligation of the School to the parents. The Cardinal consulted the Trustees, the Archbishop’s Council, the Cathedral Chapter, the Cathedral Administrator and the Cathedral Master of Music.

When the Strategic Review of sacred music in the mission of Westminster Cathedral was announced, the Head made all parents aware of their right to participate in his newsletter of 7th February 2020. Additionally, information about the review has been widely circulated and is available on the Diocesan and Cathedral websites.

The School received the highest possible judgments from the Independent Schools Inspectorate in November 2018; 96% of parent respondents either strongly agreed or agreed with the statement: ‘The school is governed, led and managed effectively.’

The June 2019 inspection by the Diocese of Westminster Education Service similarly found that ‘Parents are supportive of the School’: one commenting, ‘WCCS is a beacon of excellence.’

4. The School conducts an annual, anonymous Staff Satisfaction Survey, encompassing teaching and non-teaching staff. In October 2019, 98% of staff respondents were ‘extremely satisfied’ or ‘satisfied’ with the statement: 'I am treated fairly and with respect.'

5. There is not, and never has been, any plan to close boarding at the School, or convert the dormitories into classrooms. No financial model has ever required this, nor could it, given the School’s principal and historic raison d’être: namely, to support a world-class choir for the Cathedral. The School does not need to move away from boarding to meet its financial commitments.

6. On the contrary, there has been significant investment by the Diocese to secure the future of the Choir and the School, including the Pre-Prep building on Francis Street which was essential to maintain the School’s supply of pupils. The School is investing in new accommodation for the Head of Boarding this summer.

7. The percentage of chorister families living an hour or more from the School has been falling almost constantly for over a decade. By 2018/2019 – before the changes were announced – only 21% or four families lived an hour more from WCCS. A decade earlier it had been 50% or fourteen families. The rise in localised boarding reflects a market trend identified by Mungo Dunnett Associates that sixty to ninety minutes, sometimes less, is as far as UK-based parents are willing to travel to boarding school.

8. Scholarships are available to all boys on a means-tested basis. The School has not in living memory declined a potential or current chorister on financial grounds. In fact, the percentage of families receiving financial support from the School will rise from 27% in 2019/20 to 37% in 2020/21. The problem with recruitment was not financial; it was full boarding.

Because the philanthropist who made the putative offer of funding chorister places made full boarding a pre-condition, the Governing Body could not accept it.  He has been invited to contribute to the existing fund that provides bursaries to choristers, but so far no response has been received.

9. The School, the Governing Body and the Diocese of Westminster are committed to the long-term success of the Cathedral Choir. In fact, this is the reason the Strategic Review was commissioned ahead of the appointment of a new Master of Music. It is the first review since the mid-1970s, when Cardinal Hume took a fresh look at the choir and took steps to ensure its future. One of the stated aims of the current Strategic Review is to consider ‘steps needed, within the mission of the Cathedral, to strengthen the role played by sacred music, including talent, resources and capital’, with a ten-year perspective.

10. The Charity Commission has already addressed two complaints. These related, in particular, to the way in which an operating lease for the occupancy of the Pre-Prep was recorded in the School’s Annual Report and Accounts. The 2017 operating lease commitment note disclosed the commitment to pay amounts equivalent to the interest on the £10 million loan taken out by the Diocese in March 2016. The comparative figures in the 2018 operating lease commitment note restated the position to include both capital and interest. This was on advice of the School’s auditors. The Charity Commission closed the case after the position was explained.

11. The Diocese of Westminster takes the stewardship of its financial resources seriously and has robust systems in place to ensure effective management and transparency in reporting the results to the Charity Commission. Its Annual Accounts are available to view on the diocesan website (rcdow.org.uk).

12. There is a culture of openness and mutual respect at the School. In a presentation to all staff in April 2015, the Head said the School needed to be high quality in everything it does, using Waitrose and Audi as analogies from other markets and not, absurdly, that he wanted Waitrose shoppers as customers.

13. With respect to employment matters, we do not comment on individual cases. However, contrary to recent claims, there have been no confidentiality agreements entered into by the School or the Diocese that are linked to the changes to the boarding schedule, nor any which contain specific provisions preventing disclosure of information about the boarding schedule changes. As with any other employer, it is our standard practice to include confidentiality clauses within employment agreements for all our employees.

14. The Cardinal has no involvement with admissions to the School. 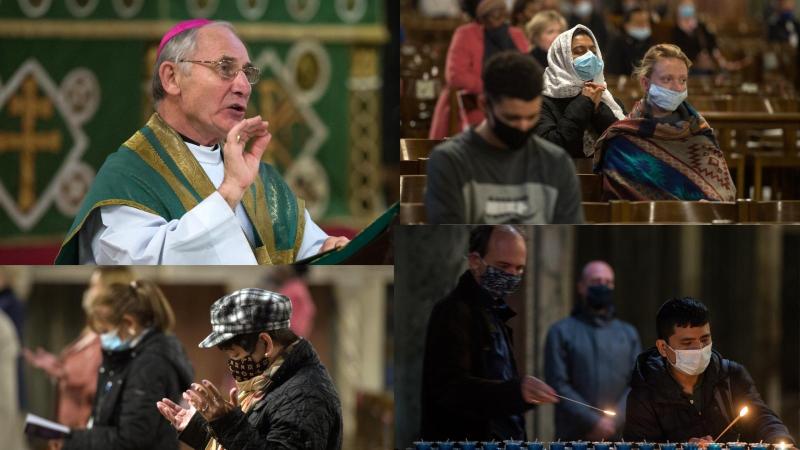 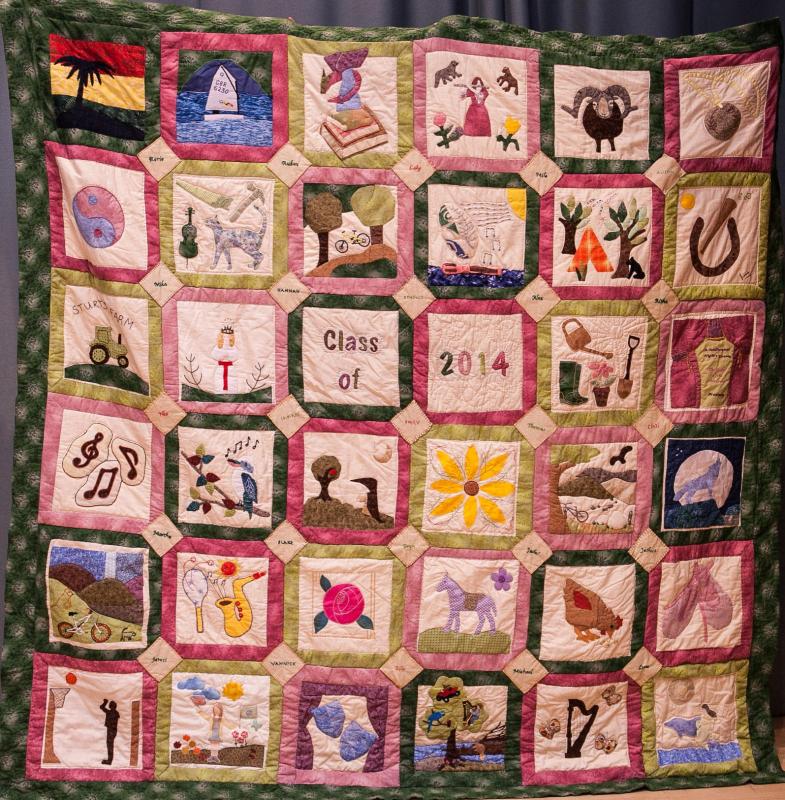 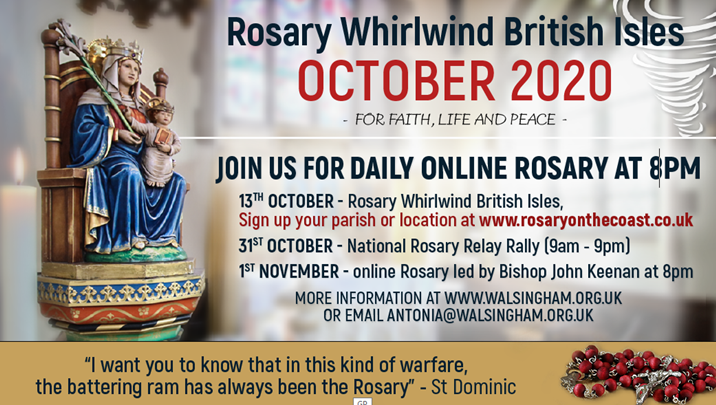