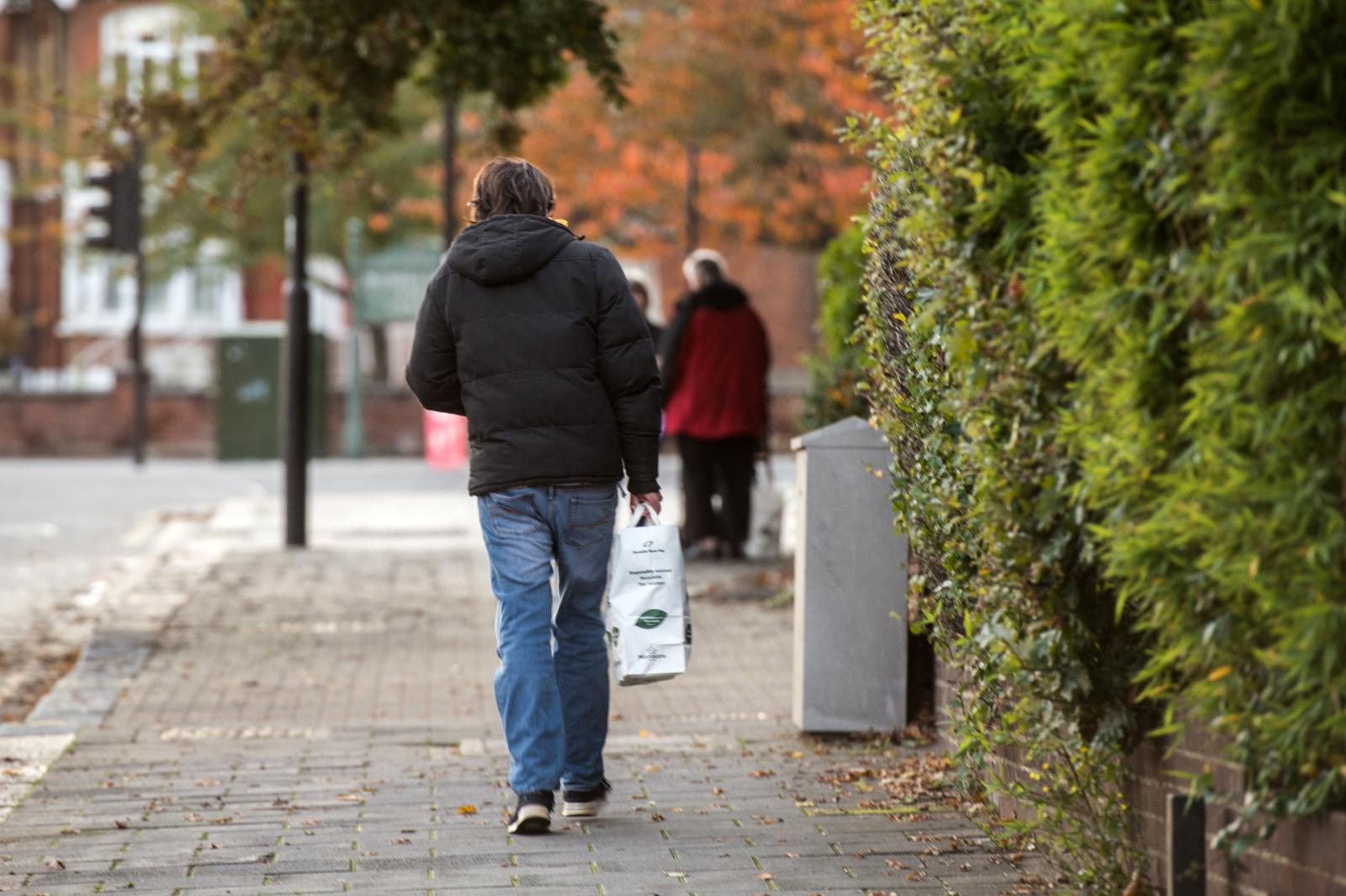 With food poverty on the rise as a result of the COVID-19 pandemic, the dioceses of Westminster and Cardiff have responded by providing urgent food relief to the most vulnerable. Over 14,000 people in parishes and schools have been supported through two supermarket voucher schemes.

16th April 2021 marks one year since Caritas Westminster distributed its first emergency supermarket vouchers in response to the soaring demand on church food banks since the start of the pandemic, an increase of up to 400%.  The supermarket voucher scheme has helped alleviate pressure on food banks, allowing them to focus on delivering food to those shielding. The digital vouchers provide families with a safe and dignified means of shopping for their own tastes and needs. As one parish priest reflected, ‘it has given genuine ease of mind and relief to recipients’.

The scheme proved a success, with 123 parishes and schools in the Diocese of Westminster distributing over £200,000 in vouchers to vulnerable families in their communities, supporting 7,374 people to date.

Similarly, the potential of a supermarket voucher scheme in South Wales and Herefordshire was quickly recognised. Working in collaboration with colleagues from Westminster, Cardiff launched its own scheme in December 2020. Nearly £130,000 worth of vouchers have been distributed across 77 parishes and schools, supporting 6,823 people.

Behind these figures are the personal stories of families sometimes facing impossible choices. One mother described the vouchers as ‘a gift from God’, explaining that they meant she did not have to choose between paying her rent and buying food. Another parent said, ‘with these vouchers … I can at last get myself and my daughter a decent meal’. Upon receiving vouchers from a teacher, a child in South Wales said, 'Thank you Miss, how did you know we had run out of food?'.

In Westminster 39% of those receiving vouchers were not in work either because they had lost their job during the pandemic or have been unable to work as they were shielding, had caring responsibilities or a disability. Another 40% of recipients needed vouchers because their wages did not stretch far enough to feed their families and pay their bills.

Despite this emergency food relief being a crucial source of support to many during the pandemic, it is not a long-term solution to food poverty. The issues raised by the pandemic extend beyond food poverty. The two dioceses have developed broader initiatives to address some of these issues. An estimated 30,000 people have been helped through Cardiff’s flagship Staying Together While Apart project, which focuses on improving mental health and wellbeing. At Caritas Westminster the Road to Resilience programme was recently launched to equip parishes and schools to tackle the root causes of food poverty.

Reflecting on the food vouchers scheme, Cardinal Vincent Nichols said: 'The pandemic has exposed and exacerbated the scale of need in our society, where some struggle every day with the uncertainty of how they will pay their bills or put food on the table. During this time I have been deeply moved to see Catholic churches and schools reaching out to support those in their local communities who are struggling.

'The supermarket voucher schemes in Westminster and Cardiff have been a crucial part of this response, protecting the dignity of those who use them to access food and essentials. I am pleased to see dioceses working together in England and Wales to provide this emergency support and help people back on their feet as we emerge from the pandemic. I am grateful to all who have contributed generously to this scheme.'

You can support the work of Caritas Westminster by donating here.

These initiatives have been made possible owing to the generosity of the Albert Gubay Charitable Foundation, the Cardinal’s Lenten Appeal, the St John Southworth Fund, the National Lottery Community Fund and Barclays Bank.