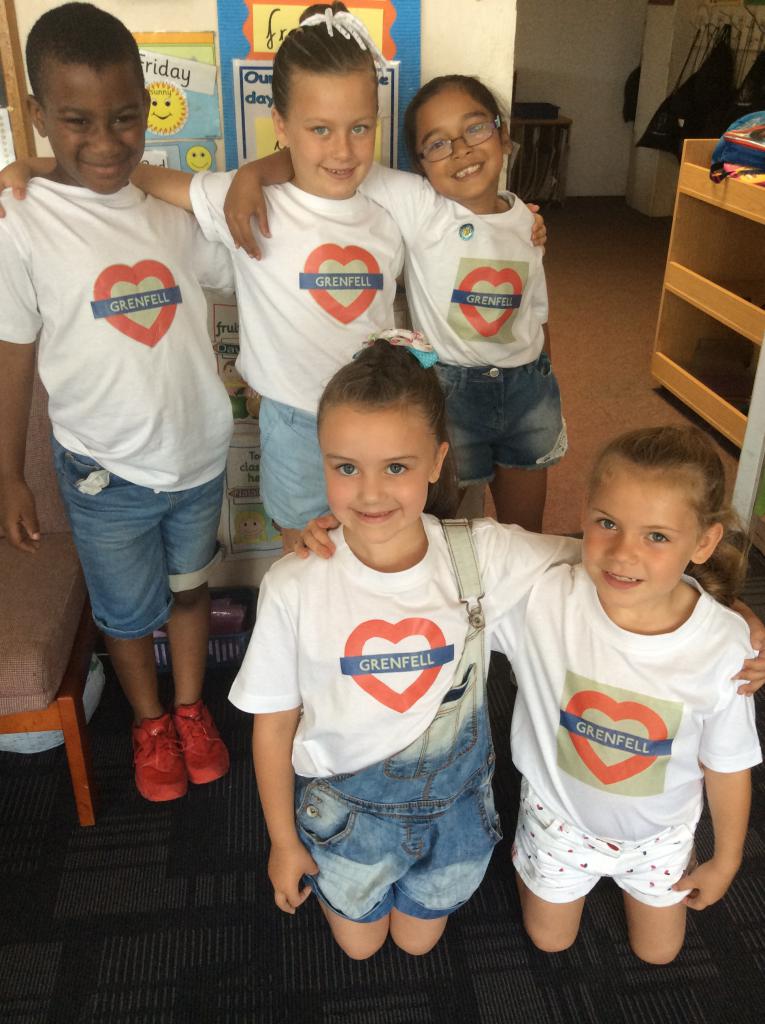 A huge thank you to all the schools in the Diocese for their tremendous efforts in raising money for the Catholic Children’s Society in aid of the Grenfell Tower victims. The children wanted to help their fellow students affected by the tragedy by hosting a variety of fundraising events on Friday 23rd June 2017. Here are a few examples of their efforts.

Pope Paul Catholic Primary School in Hertfordshire decided to combine their 50 Years Garden Party with a non-uniform day in aid of the disaster fund, as pictured above. The children took part in lots of fun activities and each class created a garden based on a decade in the life of the school from 1967 – 2017, raising £820 for the cause.

Botwell House School in Hayes had a Mufti day in aid of the Grenfell victims.

The girls at St Augustine’s Priory, Ealing raised over £1,300 with their non-uniform day.

The Cardinal Vaughan Memorial School in Holland Park had a cake sale and a sponsored girls vs boys netball match.

Team GB triple jumper Nathan Fox visited Holy Rood Catholic School in Watford where all children from Reception to Year 6 took part in a sponsored circuit training session which he designed for them.

Well done to all of our other schools in the Diocese who also put in a massive effort to raise money to help the society in providing relief to those in need.

Many of the students took to social media to share news of their fundraising. To see more of what they got up to, search the hashtag #Together4GrenfellDOW on Twitter.