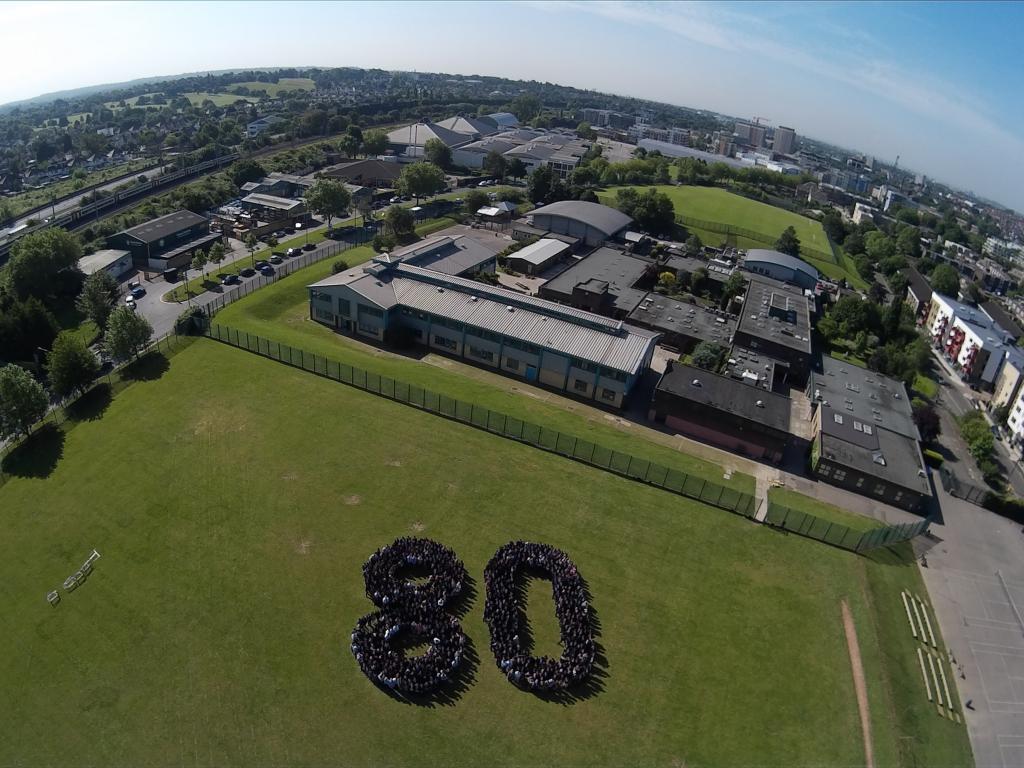 This year St James’ Catholic High School in Colindale is celebrating the 80th anniversary of its founding by the Dominican Sisters. The celebrations have been a wonderful opportunity to mark this anniversary, celebrate our rich heritage and history, whilst at the same time we have considered the contribution our school community is making today.

As part of our anniversary, each year group undertook a project aimed at making a positive contribution to the school and wider community. Year 7, for example, designed and project-managed a Peace Garden for the school. This was officially blessed and opened by Cardinal Vincent when he celebrated the anniversary Mass with the whole school community on 17 July.

He also blessed 2 oak benches, which Year 10 construction students had made, the oak representing an 80th anniversary. One of these benches will stay in our Peace Garden and the other was presented to the Dominican Sisters at Rosary Priory, in recognition of the remarkable contribution they have made to education and to St James’ in particular.

Another project was to raise funds for three charities this year: CAFOD, The Catholic Children’s Society and the Teenage Cancer Trust (as two students from St James’ are currently receiving treatment for cancer). Year 12 students wrote their own song, which was recorded, produced in CD format and is now on sale. This song, Veritas, which is our school’s motto, has also been adopted as our new school song and used at school events. To date, the school has managed to raise £2,500 for the Teenage Cancer Trust from its various initiatives.

Members of our community have enjoyed working together this year to commemorate this significant milestone in our history, and have been inspired by this to undertake activities which clearly show their faith in action.