St Columba’s collects over a tonne of donations for foodbanks 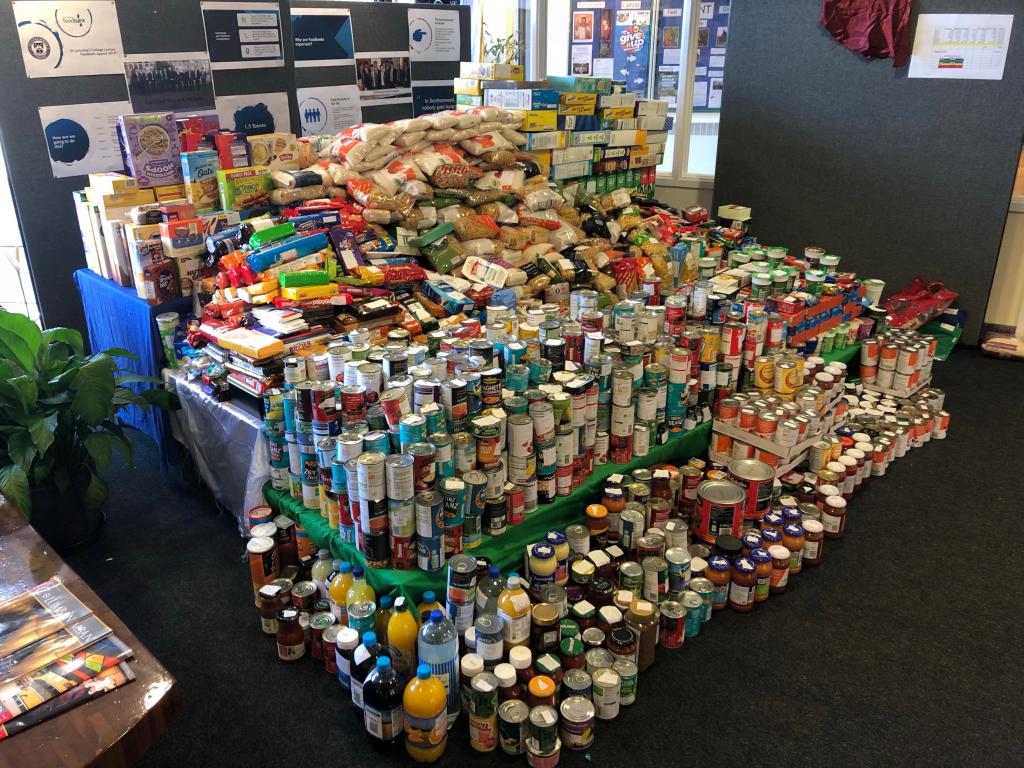 During Lent, St Columba’s College collected a total of 1.4 tonnes of food, from families and staff to support local food banks. When they began their Lenten food drive two years ago, students and staff donated 700 kg of food, and last year 1.2 tonnes were donated.

This project was entirely student led, organised, publicised and carried out by 12 Lower Sixth Form students. It began in late February when these students, along with students from Nicholas Breakspear School in St Albans, attended the launch of the Cardinal’s Lenten Appeal at the Borehamwood Foodbank with Cardinal Vincent. They heard about the amazing work that the volunteers do to support the local community, and how, more than ever, foodbanks need our support. In Borehamwood alone, there has been a 23% increase in the amount of food distributed since last year. According to one St Columba’s College student, Augustine McMahon, ‘Having attended this inspiring event, we knew the importance of what we were doing by collecting food: a simple act, but one that could give people dignity and, most importantly, meet a basic need’.

The food was collected over several weeks and involved the whole school, from Sixth Form students collecting and counting the food each morning, to Senior School students labelling items and Prep School students helping to stack the food on the display. The donations were split between three charities: Borehamwood Foodbank, the St Albans Foodbank and the Open Door homeless shelter in St Albans.

According to Fr Dominic, Parish Priest of St Teresa’s and Ss John Fisher & Thomas More Churches in Borehamwood, ‘Borehamwood Foodbank relies on the generosity of many donors to give us food for the people who come for help to feed their families. Over the past few years, St Columba’s College has taken up the challenge to collect food for us. Their collections have made a great impact on our stock of food.’

This project was a very meaningful experience for all involved but, more importantly, it is helping to meet a great need that exists in local communities.