Inspired by the Holy Spirit 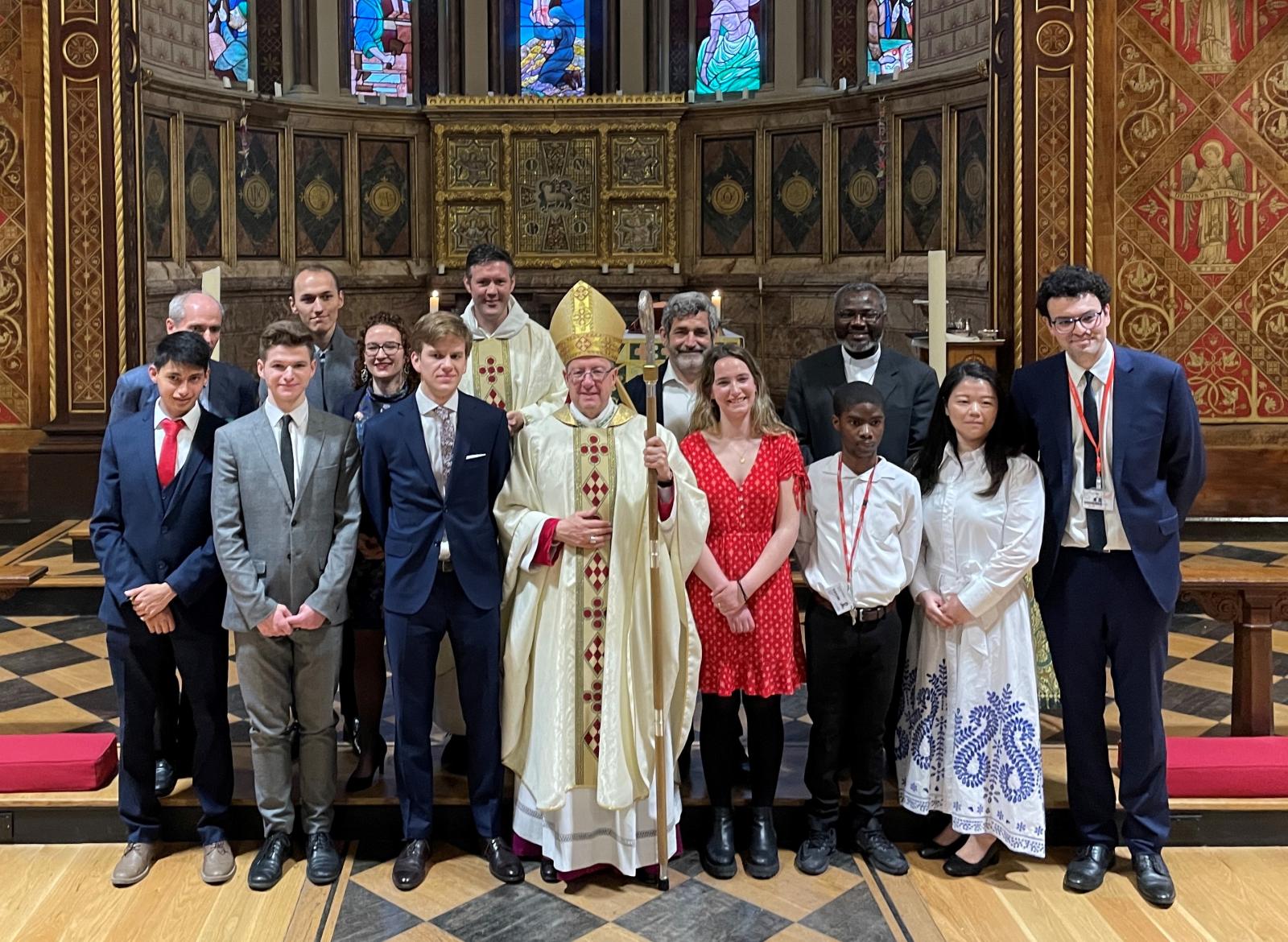 Two Poles, one Spaniard, one Colombian, one Indonesian, and one Ghanaian walk into a chapel. You might be tempted to think it was the cast list for the old joke ‘an Englishman, an Irishman, and a Scotsman walk into a bar’, revised and updated for the 21st century.

Not so, rather, these were the confirmandi from across the London universities (and one from the Redemptoris Mater seminary), who were sealed with the gift of the Holy Spirit in the sacrament of confirmation by Bishop John Sherrington in the Strand Chapel of King’s College London on May 25th, 2022. In a beautiful service aided by the wonderful choir of King’s, the catholicity of the Church and the rich diversity of London university life were made manifest on this joyous occasion.

Angelina, Nicholas, Kuba, Maria, Patryk and Michael had attended a series of classes, which I led at Newman House, and under the supervision of Fr Philip Miller. All baptised Catholics, for a number of different reasons, they had not yet received the sacrament of confirmation, however, in putting themselves forward for the sacrament at an age more usually associated with a drift away from the Church, they testify to a positive counterculture that exists within London university life and which finds its focus at Newman House.

Across all the London universities there are students, aided by an international group of chaplains, who are seeking to grow in their faith and their understanding of it, and who gather for worship, socials, catechesis, and to minister to the poor. Some of the events occur within the particular universities, but there also a number of events at which students from the different universities come together, especially at Newman House where Catholic students from across the London universities, live, pray, and worship together.

These students represent a real sign of hope for the Church, not only in this country, but in the countries many will return to after their studies. They show that where young minds are stimulated in the pursuit of truth, students from a host of different disciplines, will find themselves drawn to the source of all truth, and love him.

Diversity, in order to be truly celebrated, has to find some common unity; these students have found that in Christ, and so they have grown in love of him and of one another over the course of the year.

Please pray for them that they may live out the faithful witness they have pledged in preparation for this sacrament, and which they have now been empowered by the Spirit to live out.