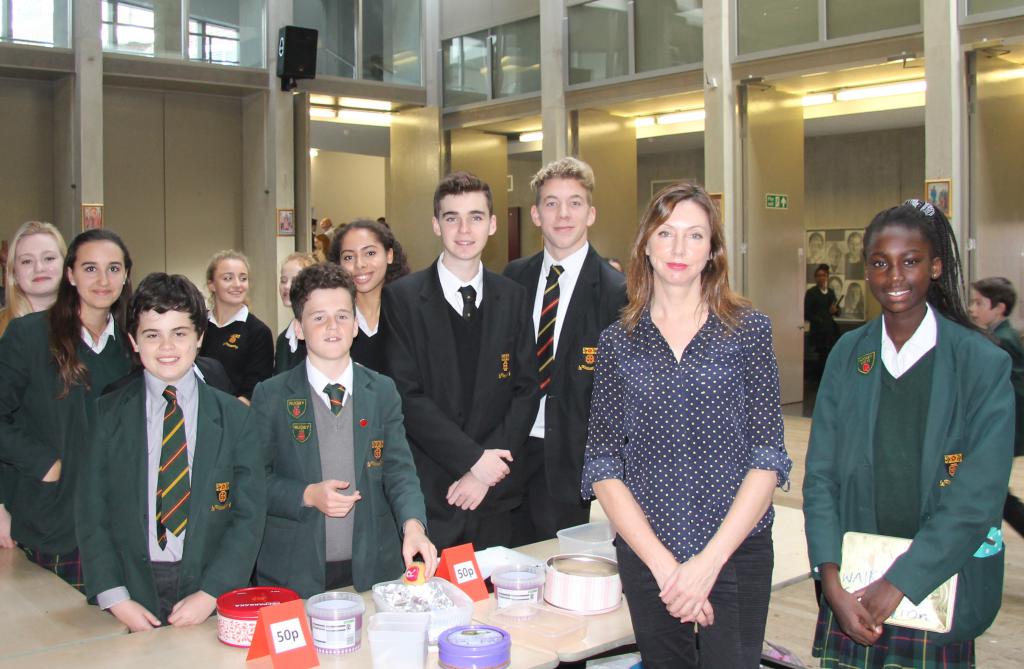 Each House Feast Day is an opportunity to raise money for a chosen charity and the day finishes with a House Mass in Ealing Abbey. Roberts House chose Meadow House Hospice, which is the centre for the Ealing and Hounslow Specialist Palliative Care Service. At the morning school assembly, the Roberts House Captains and Representatives gave a presentation outlining the extremely important work carried out by Meadow House.

Early in the morning cakes and biscuits began to arrive for the obligatory cake sale. The Roberts students and their parents had risen to the occasion and the school office was inundated. All the goodies were laid out on tables in the Cloisters Hall and, at morning break, the whole school seemed to descend on the Cloisters for the cake sale. It took just 15 minutes to clear everything!

At lunchtime the Roberts girls set up a nail bar – running the entire length of the Cloisters. Even some of the boys were persuaded to have a manicure. Another fundraiser was ‘pay and play’ table tennis, overseen by a team of Roberts Sixth Formers which proved extremely popular with all age groups. There was also a ‘lucky dip’, a very successful sweet stall and a raffle for a specially baked cake – won by Deputy Head Mr Allott.

By the end of the day Roberts House had raised £601. Housemistress Ms Gillian Comyn said: ‘This was the most we have ever raised on our House Feast Day. At the Roberts House Mass I felt very proud of all the pupils in my House and would like to thank every one of them, and their parents, for their fantastic support for such a worthwhile cause. It really was an excellent day!’