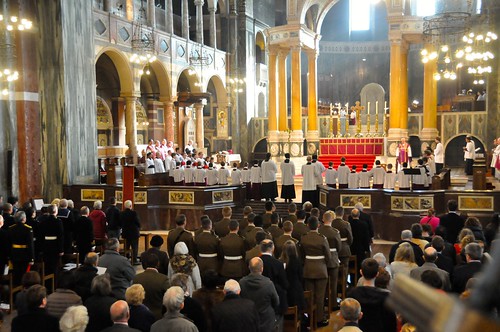 On Remembrance Sunday, 9 November, parishes throughout the Diocese held Requiem Masses to remember all those who have died in war. At Westminster Cathedral, Canon Christopher Tuckwell was the principal celebrant at the Requiem Mass. He was joined by military chaplains. Present at the Mass were representatives from HM Armed Forces, including the Army, Navy, Marines and Air Force, those currently serving as well as those who are retired. Among them was the Commandant General of the Royal Marines Martin Smith.

Fr James Caulfield, Principal Roman Catholic Chaplain of the Royal Air Force, gave the homily. He invited the congregation to consider how we honour the dead: 'The best way to honour the dead is to take care of the living,' he said.

At the end of Mass, Canon Christopher led an act of remembrance to remember all who have died in the service of their country and of mankind.

Earlier in the week, on Friday 7 November, Rt Rev Richard Moth, Bishop of the Forces, took part in a ceremony at Kings Cross to remember those railway workers who served in the First World War. In the ceremony which took place during the morning rush and witnessed by commuters, 100 serving and retired personnel gathered to greet Locomotive 91 111, named 'For the Fallen' and bearing a livery which pays tribute to those who served. 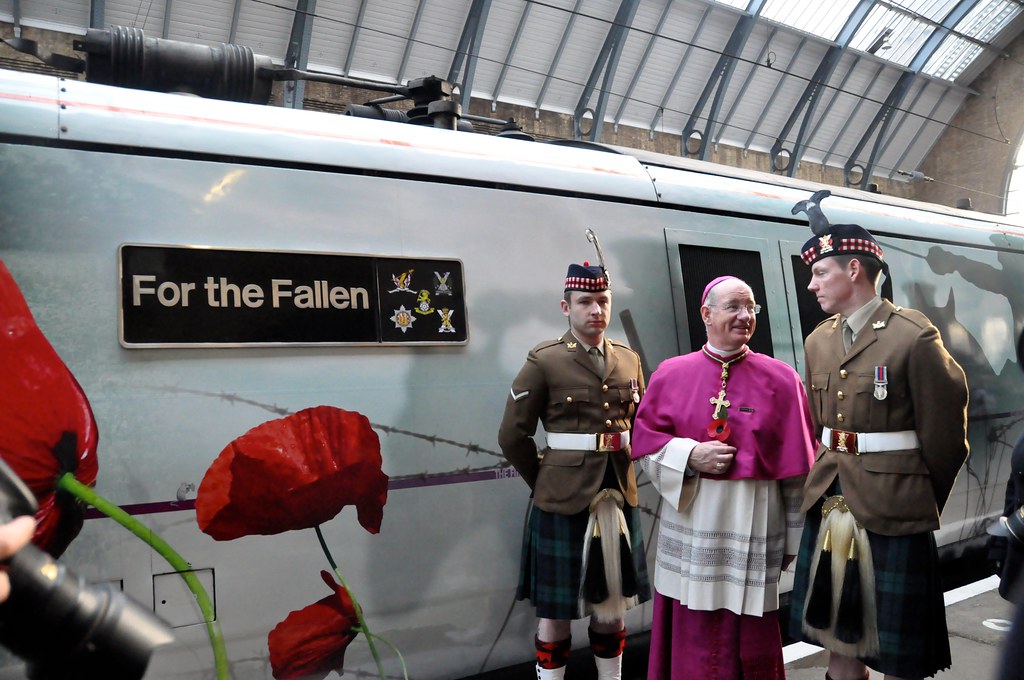