The Typhoon Haiyan (or 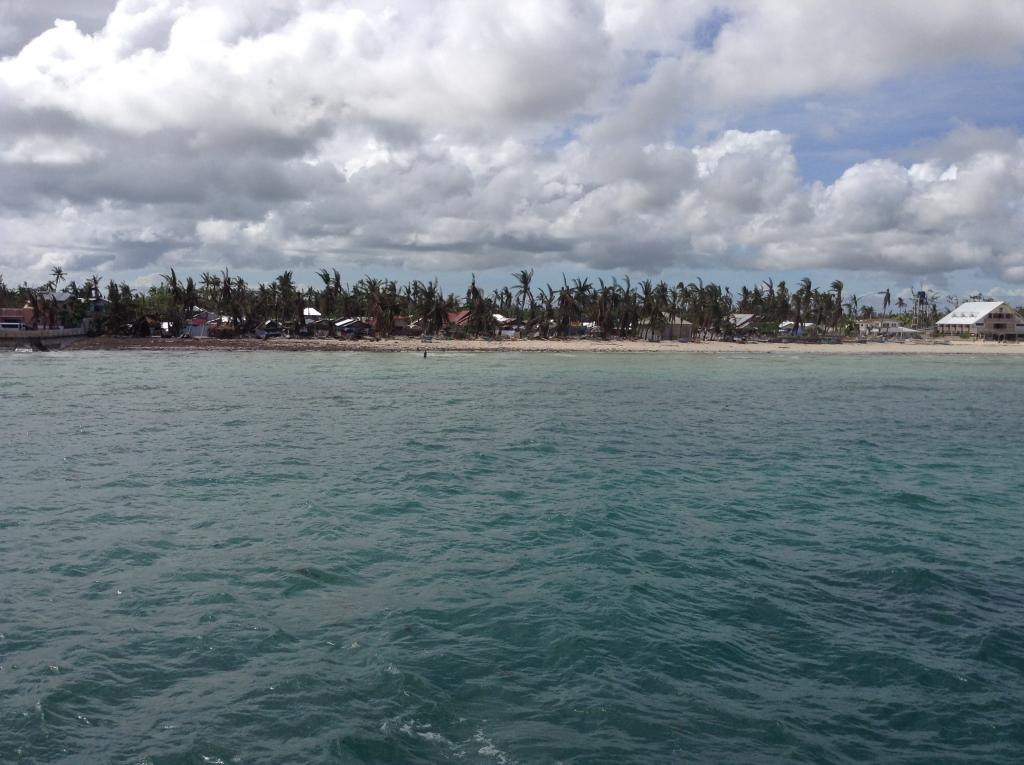 Today many organisations, almost all of them members of Caritas Internationalis, from Singapore, Spain, France, Canada, United States, Sri Lanka, Korea, Australia, Norway, Ireland, Switzerland, Austria, Germany, Netherlands and New Zealand meet together, from 9am-5.30pm (!), at Archbishop's House. There were reports from the nine affected dioceses about what progress has been made and what are the priorities for continuing work.

The Typhoon Haiyan (or "Yolanda" as it is known locally) lasted for three hours. For the Archbishop of Palo those three hours started at 6am in the morning after an unusual silence. He began in the Cathedral but moved from there when the roof collapsed, to another building which then collapsed, to another building which began to crumble and finally to a school which was thought safe even though the roof had already been blown away. The people were frightened but the thing he remembers most was the screams of terrified children. In his diocese some 5,000 of the near 7,000 victims died.

The overall damage is appalling but the longer-term effects are serious. 13.2 million people were directly affected (of a total population on 97.3 million) with 4.4 million people displaced. 20% of livelihoods were lost, 45% of fishing boats destroyed, 47% of crops ruined and the land is not ready for the planting season in January, so an entire harvest is at risk. Vast numbers of coconut palms are destroyed which will take nearly ten years to grow again. Then 1.1 million homes are damaged, 500,000 of which were totally destroyed, so basic materials are needed for rebuilding: timber, nails, hammers, roofing materials.

Some villages in the Diocese of Aklan have still not had assistance as roads are blocked, whilst Palo has lost 70 parish churches which are vital meeting places for people, and for rebuilding  community. Another diocese needs transport and inter-island communications. Other dioceses emphasised food and shelters, seeds for planting, fishing boats (there are 85 dioceses in the whole country, 17 of which are archdioceses).

Those present seemed to think that the meeting was worthwhile for the exchange of information. The technical stuff went over my head but I could see the complexities of planning and co-ordination. There was also talk about the unaffected dioceses, since four typhoons are likely to hit before the end of the season and Disaster Risk Reduction is becoming a more sophisticated science. Psychological "First Aid" was discussed and many priests, religious and deacons have been trained and are ready to go to disaster areas. Impressively, an offer of bibles was warmly received. Rebuilding chapels and churches was seen as a priority - something that aid agencies are unlikely to help finance. An offer to priests for respite time in exchange with priests of non-affected dioceses was not thought to be right - the familiar priest should be with his suffering people at this time, although parishes might be twinned as a source of finance, one community assuming responsibility for the recovery of another. The danger of human trafficking of children and young women was also mentioned; priests should alert their congregations about this increasing practice.

During the breaks in the meeting we discussed travel plans for leaving early to travel north along Cebu island to visit some communities and even to get to a couple of islands off the coast of Cebu. It will mean having a fairly basic overnight somewhere in the disaster zone but it will be worth it. I am sure that the more we can do, in the short time that we are here, the better.

The meeting ended at 5.30pm and there was a Mass at 6pm, which most attended. Asked to be the celebrant, I gave a reflection on the Gospel which was, appropriately, about the multiplication of the loaves and Jesus' great generosity in providing much more than was needed. I had an excellent conversation with Jim Murphy MP before his return to London. He has been a good companion and I have liked his integrity and sense of justice in providing for the needs of those in distress. I also spoke with some of the NGO workers, wondering at how they sustain a generous freedom to travel to where they are needed at a moment's notice, and to live abroad for long periods of time in places they have not chosen.

So we shall leave this hotel tomorrow at 7am and drive for some five hours to the north and into the disaster zone, returning directly to the airport on Friday evening - though there is a little nervousness about leaving time for any expected delays .