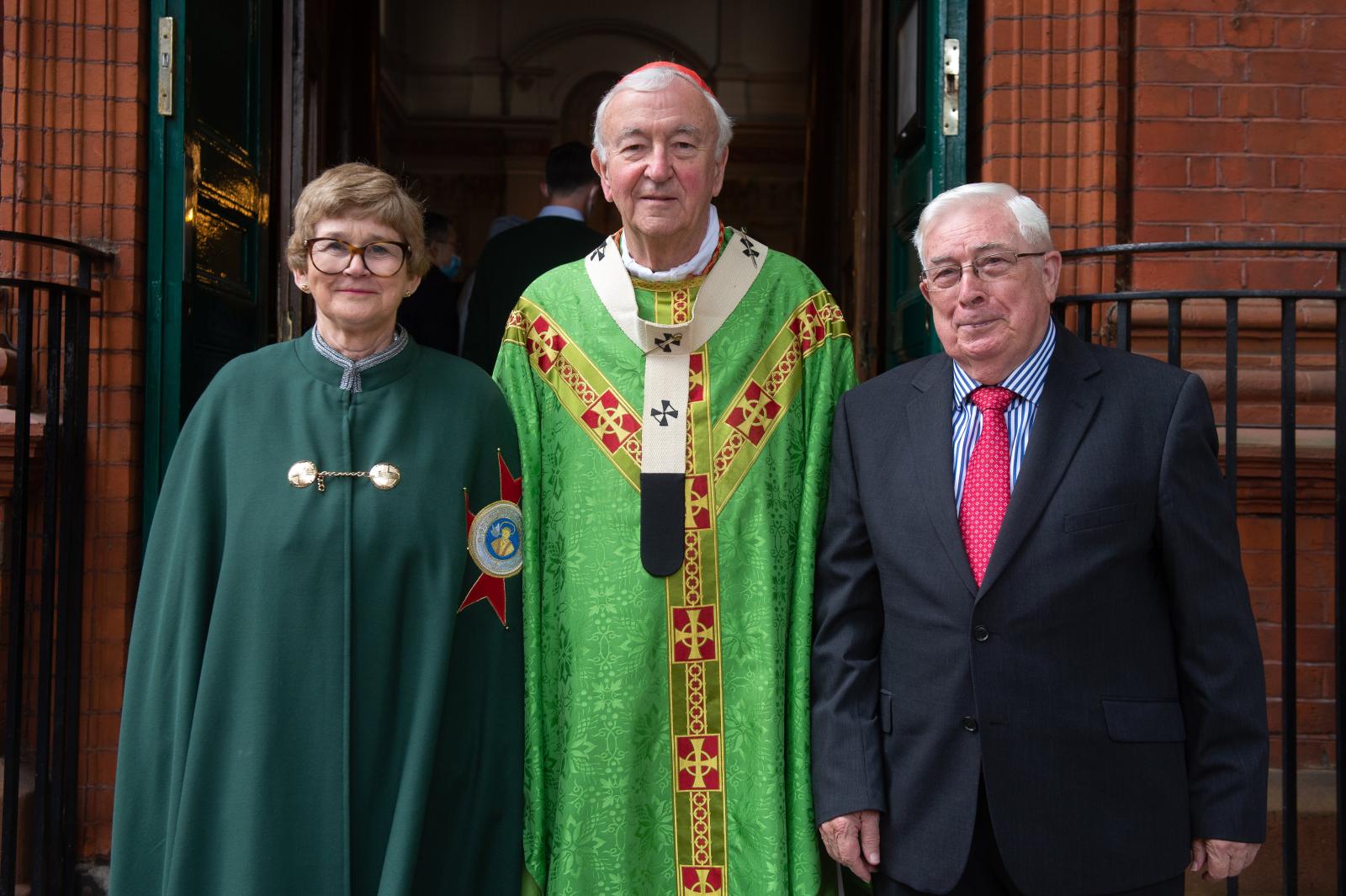 A happy occasion in the brilliant sunshine of a fine autumn Sunday morning in Chiswick was the visit of Cardinal Vincent on 10th October to Our Lady of Grace and St Edward’s Church, Chiswick, to confer a papal medal, the Pro Ecclesia et Pontifice, on a parishioner on behalf of Pope Francis, and a papal knighthood on another.

Michael Maher, nearly sixty years in the parish, received the medal for his countless hours of service to the Church. Now a retired civil servant, he has always had an eye for detail and this he volunteered in the service of the parish from 1976, overseeing what was then the ‘Covenant’ system of tax breaks on offerings to the parish and which became the Gift Aid scheme. For nearly five decades he dedicated innumerable hours to ensuring the parish received refunds from HM Treasury on offerings from parishioners who pay tax.   He has, in addition, served on the Parish Finance Committee for as long and was Chair of the Parish Social Club, always at the service of parishioners, and the Chiswick Parish Fair which raised tens of thousands of pounds over the years for charitable causes. 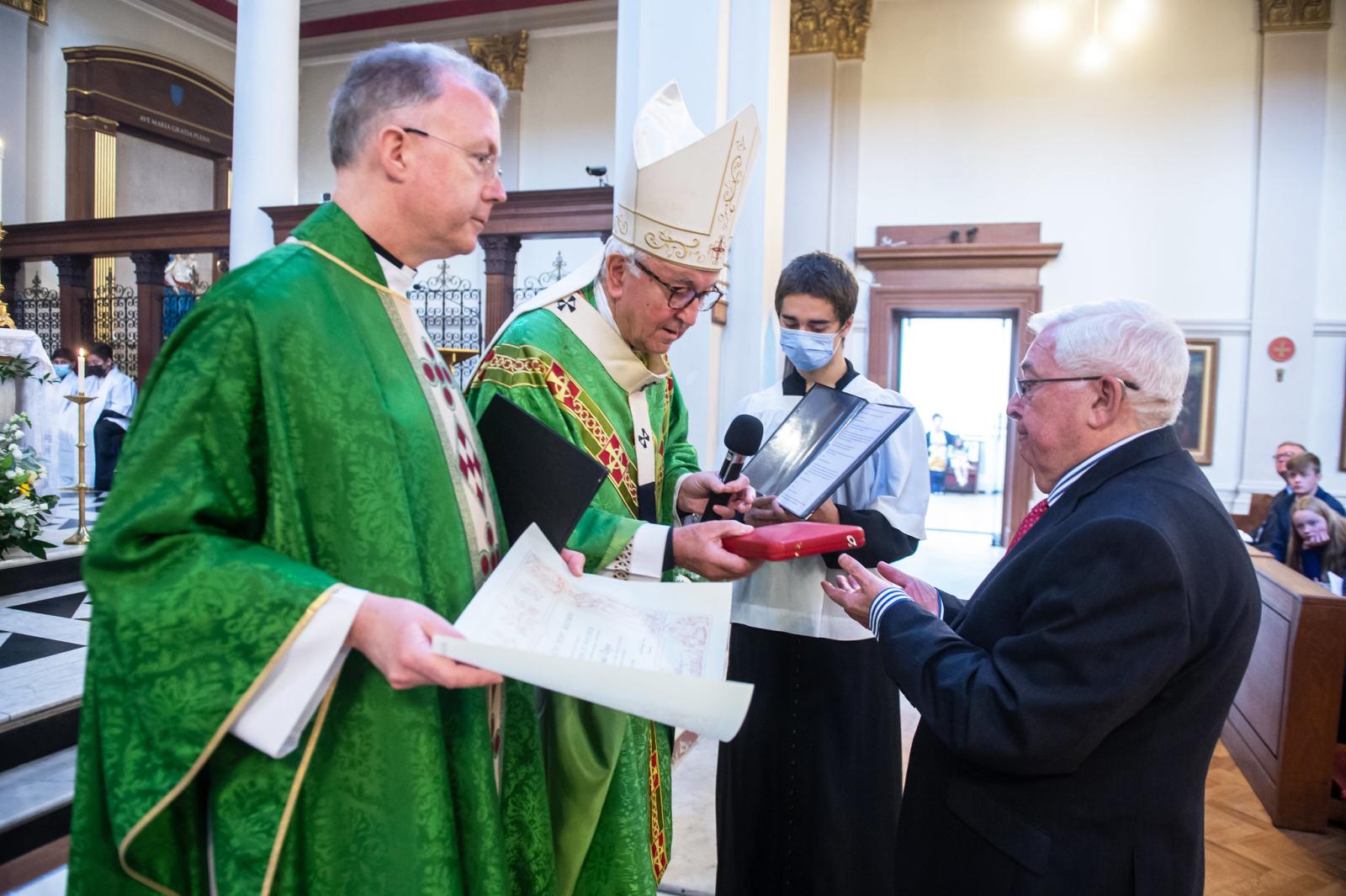 The papal knighthood was conferred upon Dr Veronica Fulton, making her a Pontifical Dame of the Equestrian Order of St Gregory the Great. She had volunteered generously for twenty years in various roles related to her professional background in Chartered Accountancy in Chiswick parish and, over the years, in four other parishes as well. She has also served as a Trustee of the Cardinal Hume Centre, a centre of hope and rehabilitation for homeless adolescents, over many years, twice being Acting Chair of Trustees.

She also serves as a Governor of Allen Hall Seminary and a member of the Diocesan Selection Conference assessing potential candidates for priestly formation for the Diocese. She has also been a Foundation Governor of schools and is currently a Foundation Director of a diocesan Catholic Academy Trust. At national level she is a member of CAFOD’s Finance Committee as well as Chair of the Audit Committee of St Mary’s Catholic University in Twickenham.  She is also Hon Treasurer of the Catholic Union of Great Britain. 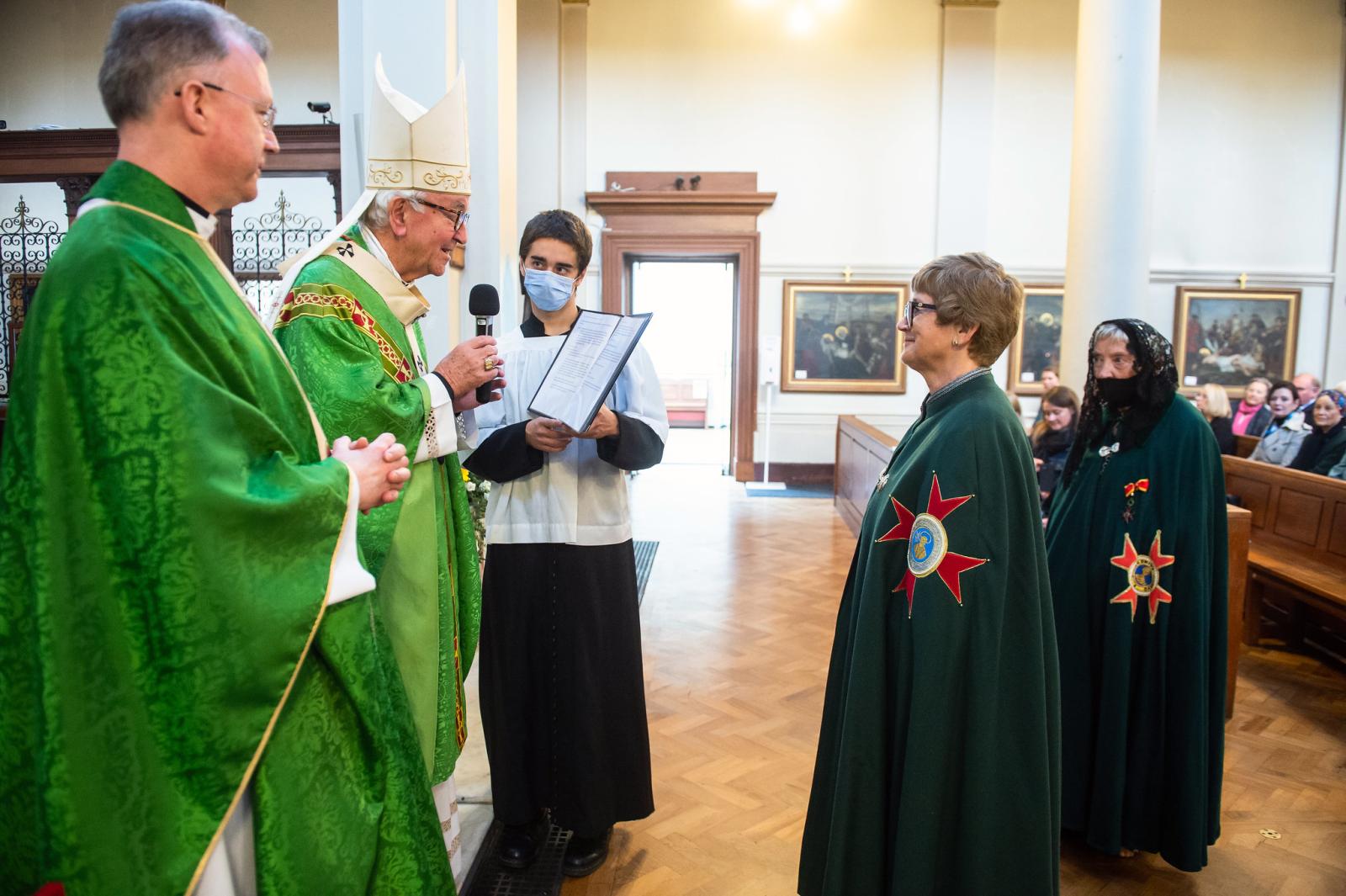 Reinforcing the theme running throughout the celebration, the Cardinal in his homily considered, among other things, the cost of discipleship and the good reasons for paying it with our volunteering and our living the faith.

The occasion was of immense joy for the parish as much as for the recipients of these honours. The volunteer choir sang Mozart’s Mass in C Major, accompanied not only by organ but by two trumpeters who added sparkle and a touch of splendour to the Mass.

Photos of the Pontifical Mass: Mazur/CBCEW.org.uk