Over 2,000 Catholic migrants living and working in London attended a special Mass for Migrants celebrated by The Most Reverend Vincent Nichols at Westminster Cathedral on Monday 6 May. 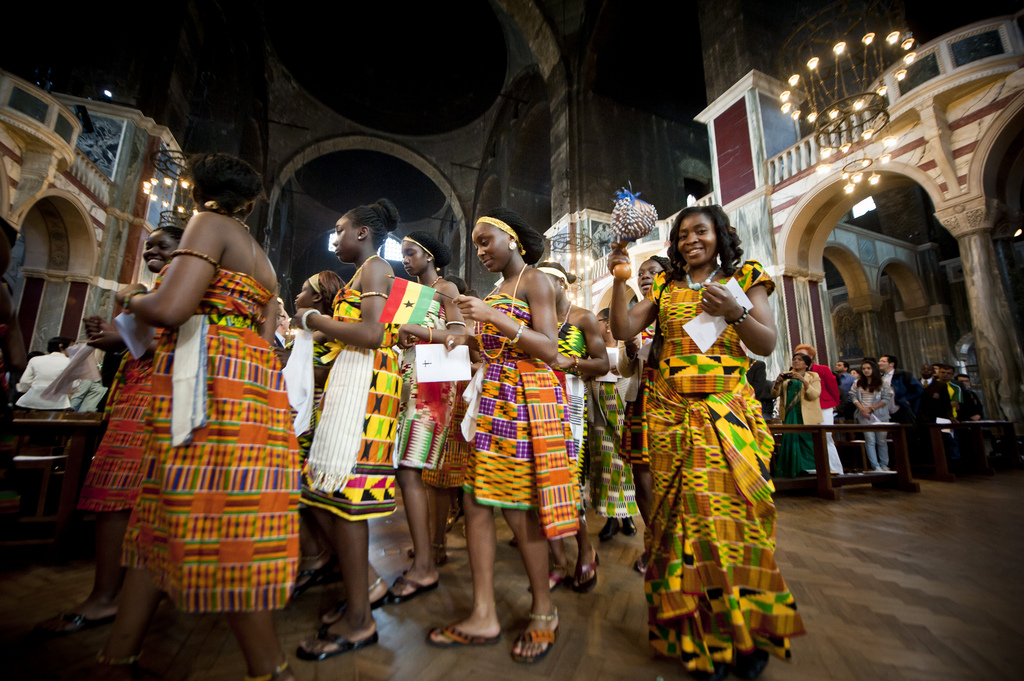 Over 2,000 Catholic migrants living and working in London attended a special Mass for Migrants celebrated by The Most Reverend Vincent Nichols at Westminster Cathedral on Monday 6 May. The Mass reflected the tremendous diversity of London’s Catholic community, with music from across the globe. At least 20 VIPs attended the Mass for Migrants, including MPs Jim Dobbin, Sarah Teather and Simon Hughes, the Lord Mayor of Westminster, and ambassadors from countries including Vietnam, Hungary, Macedonia, Portugal, Spain and Bolivia.

The Mass for Migrants has been celebrated every May Bank Holiday since 2006. The Mass reminds London of the invaluable contribution of so many migrants to the city’s society  and economy. It offers a profound witness to the Church’s insistence that the dignity of the human person is God-given and never withdrawn and reminds us of the very deep resonance with refugee and asylum concerns.

Pope Francis the son of an immigrant family

In his homily the Archbishop spoke of the Bergoglio family who “sold all their possessions and emigrated to Argentina” at the end of the 1920s: “So it is that our new Holy Father, Pope Francis, comes to the See of Peter as the son of an immigrant family. This is an encouraging thought for us as we celebrate this Mass with so many who are the migrants of today. Our new Holy Father chose the name Francis to signal his special concern for the poor of the world.”

London as a home for Migrants

He called London a unique position among the cities of the world. It is a city “in which every race and nationality has a presence. It is a place in which strangers become Londoners. For the most part London is welcoming, respectful and tole rant, qualities that in fact spring from the resonances of belief that we are all bestowed with a dignity that comes from the hand of God himself.”

He also gave special recognition to the parishes and schools that integrate migrants into the life of their faith communities before recognizing the challenge that families and individuals face: “There are challenges faced by those who come here, by those they leave behind, and by the communities who have to find the resources to host them. These pressures are real - on housing and the health service, for example - and are made sharper by recession and slow economic growth.” He also gave a voice to formation of immigration policies: “Economic and time-period thresholds recently established for non-EU families to be united here are putting great strain on the vital unit of the family and could be seen as actually putting a price-tag on the value of family unity. Given the proven importance of the family for social stability, surely it is for the common good that immigration policies must be more sensitively shaped in such matters.”

Photos of the Mass can be found here

The full text of the homily can be found here