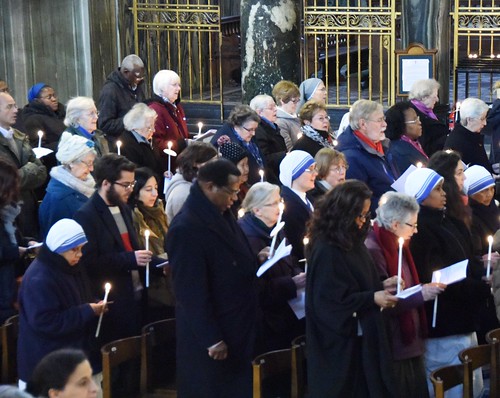 Cardinal Vincent Nichols was the principal celebrant at the Solemn Mass for the World Day of Celebration for Consecrated Life at Westminster Cathedral on 2 February 2015, the Feast of the Presentation of the Lord.

Bishops John Sherrington and Nicholas Hudson, along with several priests representing various religious orders, concelebrated the Mass with the Cardinal.

Mass was attended by representatives of religious congregations and members of other consecrated orders in the Diocese. Of those in attendance, 62 were celebrating 25th, 40th, 50th and 60th jubilee anniversaries.

Cardinal Vincent began his homily by welcoming all those attending, extending a special welcome to the jubilarians, those newly present in the Diocese, and Sr Martina Teresa who had made her final profession into the Poor Clare Monastery at Arkley the previous day. 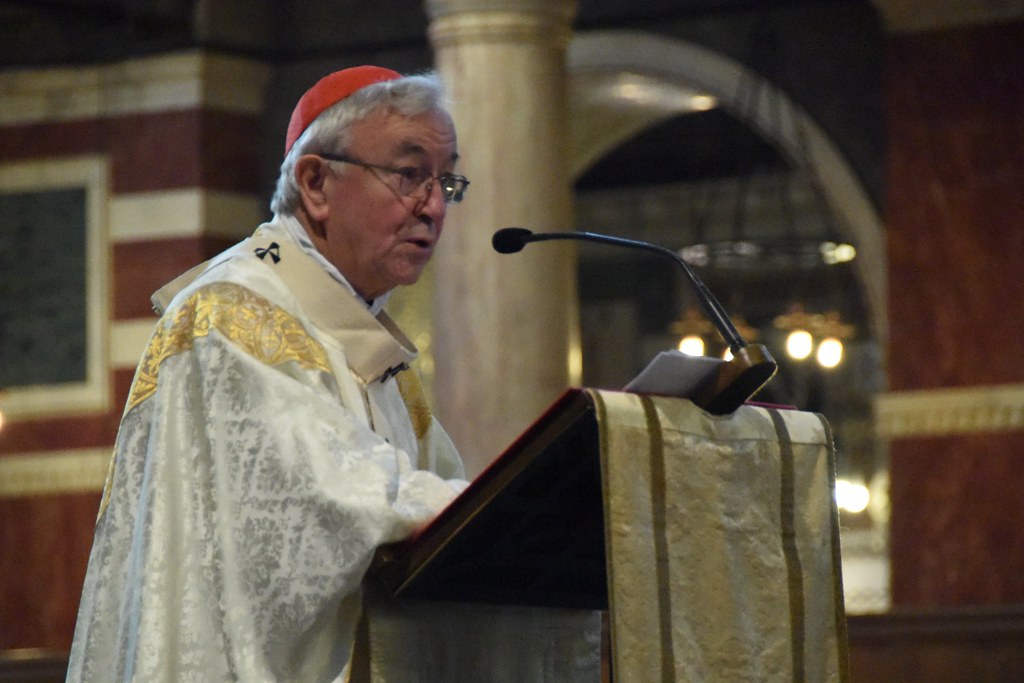 He acknowledged that, ‘At the heart of our lives lies one key characteristic: we have chosen to place Jesus, the Christ, at the centre of our lives, both privately and publicly. He is our choice. Or rather, as we well know with great and enduring thankfulness, we are his choice.’

The Cardinal called those in consecrated life ‘public signposts to Christ’. He reminded them that they too, like Simeon and Anna in the Temple, are called to ‘enable the world’ to ‘meet Jesus; to look upon him in all his loving compassion; to know he longs for his Father’s will to be fulfilled - for our happiness!’

Likening them to Mary and Joseph, he went on to say, ‘In the pattern of your profession or consecration, seek to present him to our world, bearing him wherever you go, with joy in your hearts, offering him to all.'

At the conclusion of Mass, Cardinal Vincent also announced that Fr Robert Marsh OSA of the Augustinian Community at Hammersmith has been appointed to the role of Episcopal Vicar for Religious in the Diocese.

The full text of the Cardinal's homily can be read here.