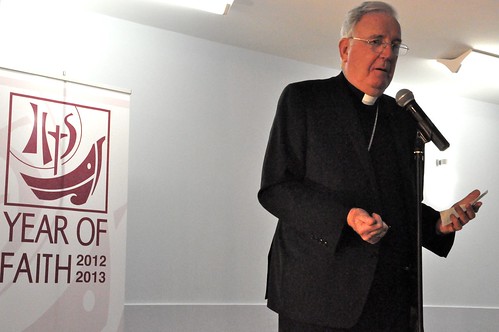 Throughout the season Lent St Paul the Apostle Church, Wood Green, will be hosting a series of talks in the Parish Centre exploring the lives of prominent and famous Catholics. The talks will be given by experts in their field, including Bishop Alan Hopes, speaking on the life of Blessed John Paul II, and Julian Filochowski, former Director of Cafod, who will be discussing the life of Archbishop Oscar Romero.

The talks are free and all are invited, they all take place on Wednesday evenings in Lent at 7.30pm began on 20 February with Cardinal Cormac Murphy O’Connor who spoke about the life of Blessed Pope John XXIII.

Further information can be obtained from the Parish Secretary at woodgreen@rcdow.org.uk.

An American journalist, social Activist and devout Catholic, she worked to defend the rights of the poor and against all forms of violence.

Founder of the Missionaries of Charity, she worked for over 45 years  ministering to the poor, sick, orphaned, and dying.

A philosopher and pastor, resisting communist oppression who became a holy Pope who helped defeat communism externally to the church and restored much unity within the Church.