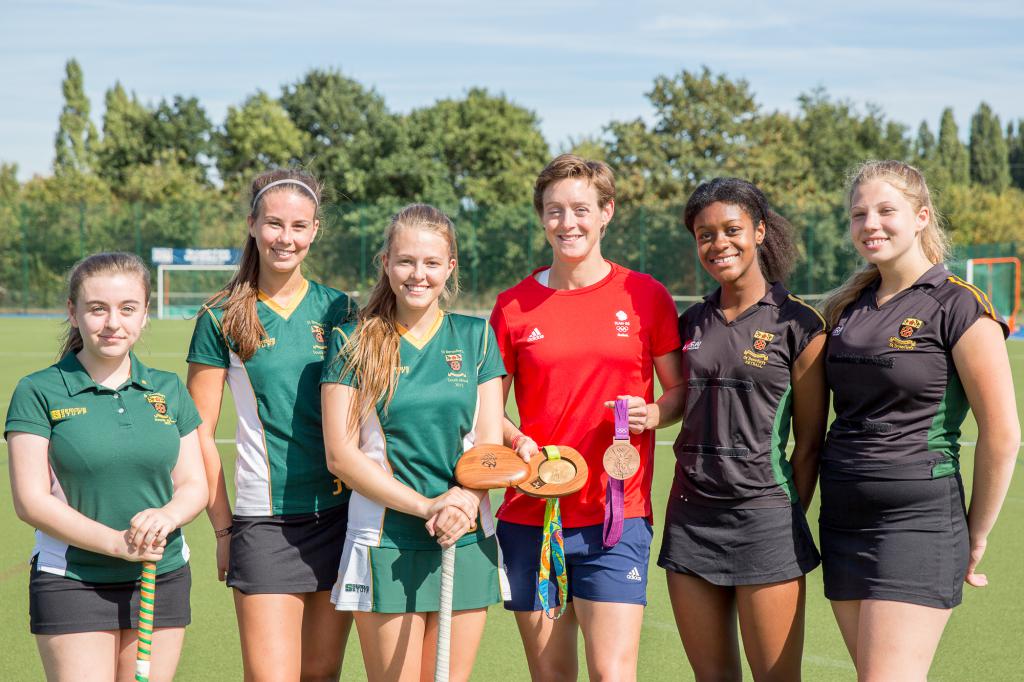 St Benedict’s School in Ealing struck gold with a visit from Dr Hannah Macleod who represented Team GB at the Olympic Games in London 2012 and Rio 2016. Hannah, a Forward in the Team GB Hockey squad, won Bronze in London and Gold in Rio. Hannah visited the school on Thursday 1 September to give the senior school girls an inspiring start to their academic year and the forthcoming hockey season.

Director of Sport Nikki Woodroffe said: ‘Here at St Benedict’s we introduced hockey over six years ago and it has had a tremendous take off.’ Hannah took the students through a training session which included tips on the best way to attack; demonstrations on types of forward moves from the half way line; and tactics on the ‘golden shuffle’ (the move which won the team gold against the Dutch team in Rio). 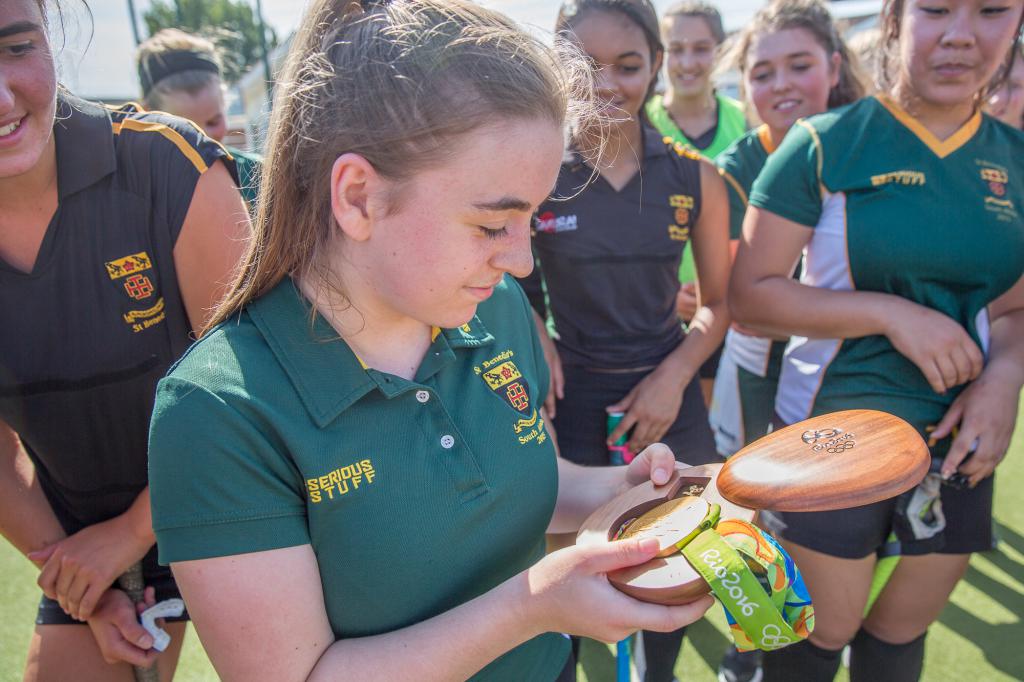 Hannah has visited the school twice before. She said: ‘Today at St Benedict’s has been fantastic because when I came here in 2013, after winning bronze, there weren’t many hockey players at the school, so to see the numbers here today has been absolutely brilliant. How they’ve taken on the information and put it into practice in such a short space of time is really promising.’

Emma Szlachetko, in Year 13, attended the training and said: ‘It has been really great having Hannah here today. It has been such a great start to our season. Everyone has been really keen to turn up and support her and meet her; and it is so incredible for us to see someone who has gone so far in hockey.’