Closing the Year of Mercy at St Martha's 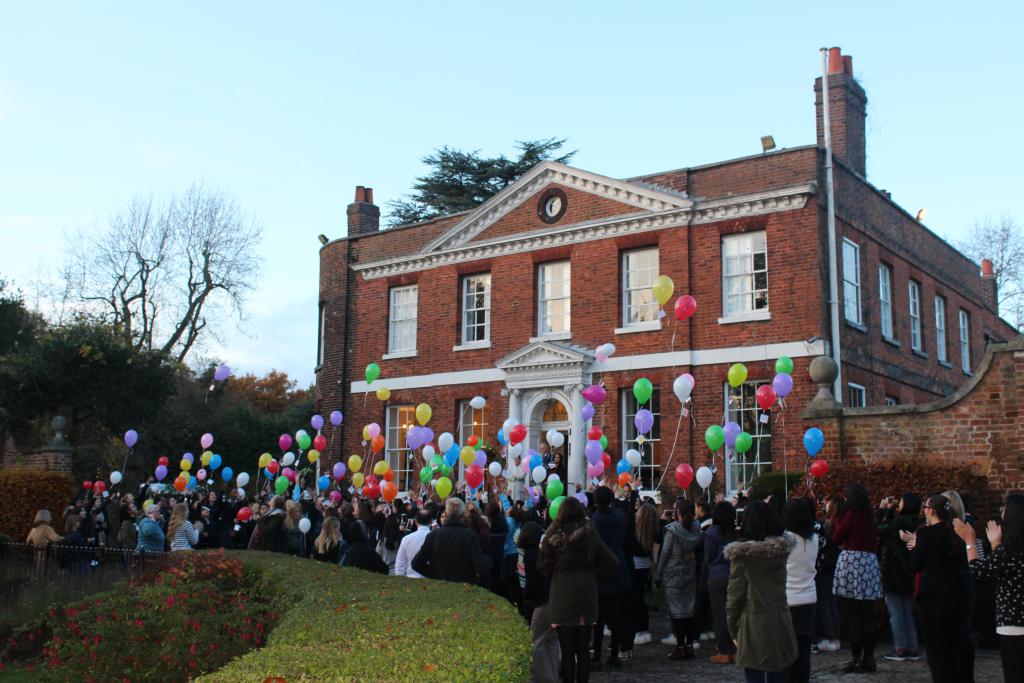 St Martha’s School in Hadley Wood, closed the Year of Mercy on 18 November with a beautiful balloon ceremony.

There was a short assembly led by School Chaplain Helen Baly reiterating what the Year of Mercy was about and entailed. She gave a number of examples of acts of mercy that had been performed throughout the year, for example: collecting over 130 Christmas shoe boxes, numerous tins for the harvest appeal, visiting the school chapel for private prayer and house celebrations, offering seats to those travelling on the tube and local buses, collecting money for the Poppy Appeal and many more.

Each pupil was then given a balloon which had a prayer attached to it. On the reverse was a picture of a door which represented the small doors each form room had as a reminder of the Holy Door in the Vatican.

The whole school walked to the front of the school with their balloon and released their balloon into the sky, a fitting end to a Jubilee Year that we hope has a lasting legacy.