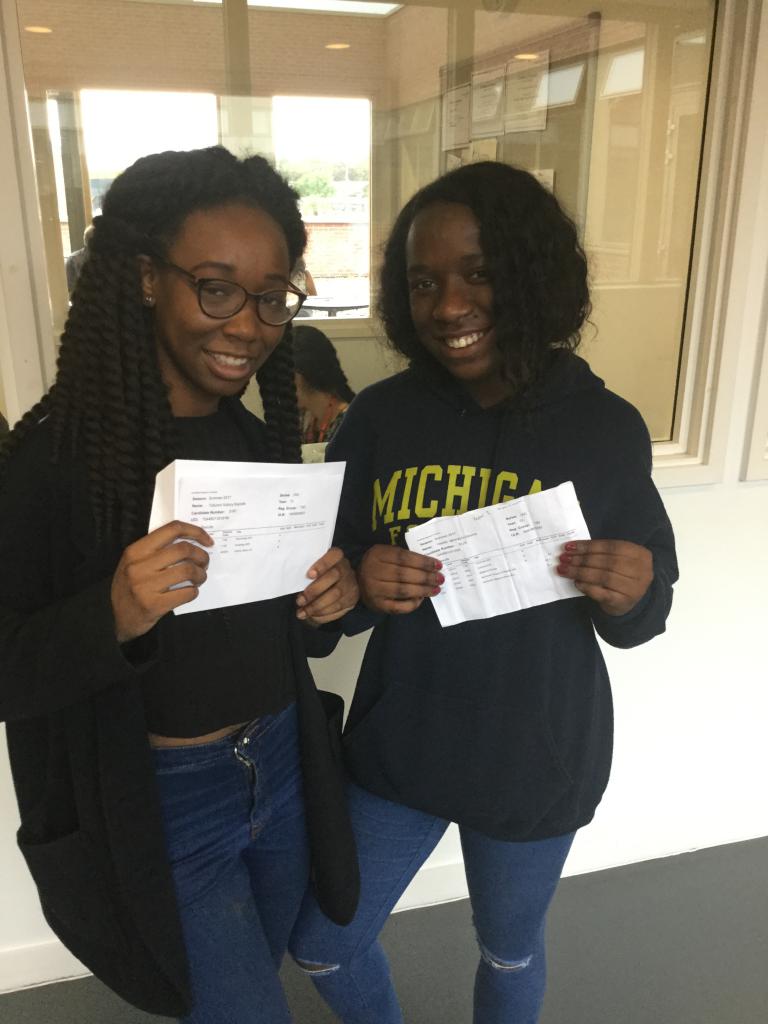 Cardinal Pole Catholic School community, building on their outstanding  Sixth Form OFSTED grading earlier  this year,  celebrated another set of outstanding A Level and vocational results on Thursday.  Students were delighted with their achievements, ensuring that they secured their place at university, including prestigious Russell Group Universities such as Cambridge, Warwick, Kings College London, Liverpool, Nottingham and Birmingham.

Already in the top 10% of sixth forms in the country, the school maintained these excellent results this year.  50% of grades were A*- B and 80% of grades were at A*- C, continuing practice in the sixth form that OFSTED 2017 described as ‘Outstanding’.

Ms Heffernan, Headteacher said 'We are delighted to see the hard work of all involved; students, parents and staff, have such positive outcomes, preparing them well for the next phase of their studies, especially in the face of all the curriculum and assessment changes at A Level.'

Two students that particularly excelled were Hope Osifo and Motunrayo Arojojoye. Hope gained A*A*A and will go on to read Medicine at Liverpool. Motunrayo gained A*AA and will read Law at Clare College, Cambridge.

Hope Osifo said “I'm so thankful to God for the grades I achieved. Although the A-Level courses were challenging I pushed myself to work hard and am delighted to see that the fruits of my labour have paid off. Becoming a doctor has been my dream since I was 3 years old, I'm so excited to be one step closer to achieving that goal."

Other notable results included Samuel Afolabi who gained A*AB and will read Economics at Nottingham and Ana Dos Santos who gained AABB and will read Maths at Kings College London. Cardinal Pole were also pleased with the results of  Tofunmi Kayode who gained AAB, Oanh Nguyen with AAB and Hayley Obioma with ABB, all of whom will read Law at Warwick.

As these students become Cardinal Pole Alumni, the school looks forward to working with them in the future, so they can share their stories of success with others.