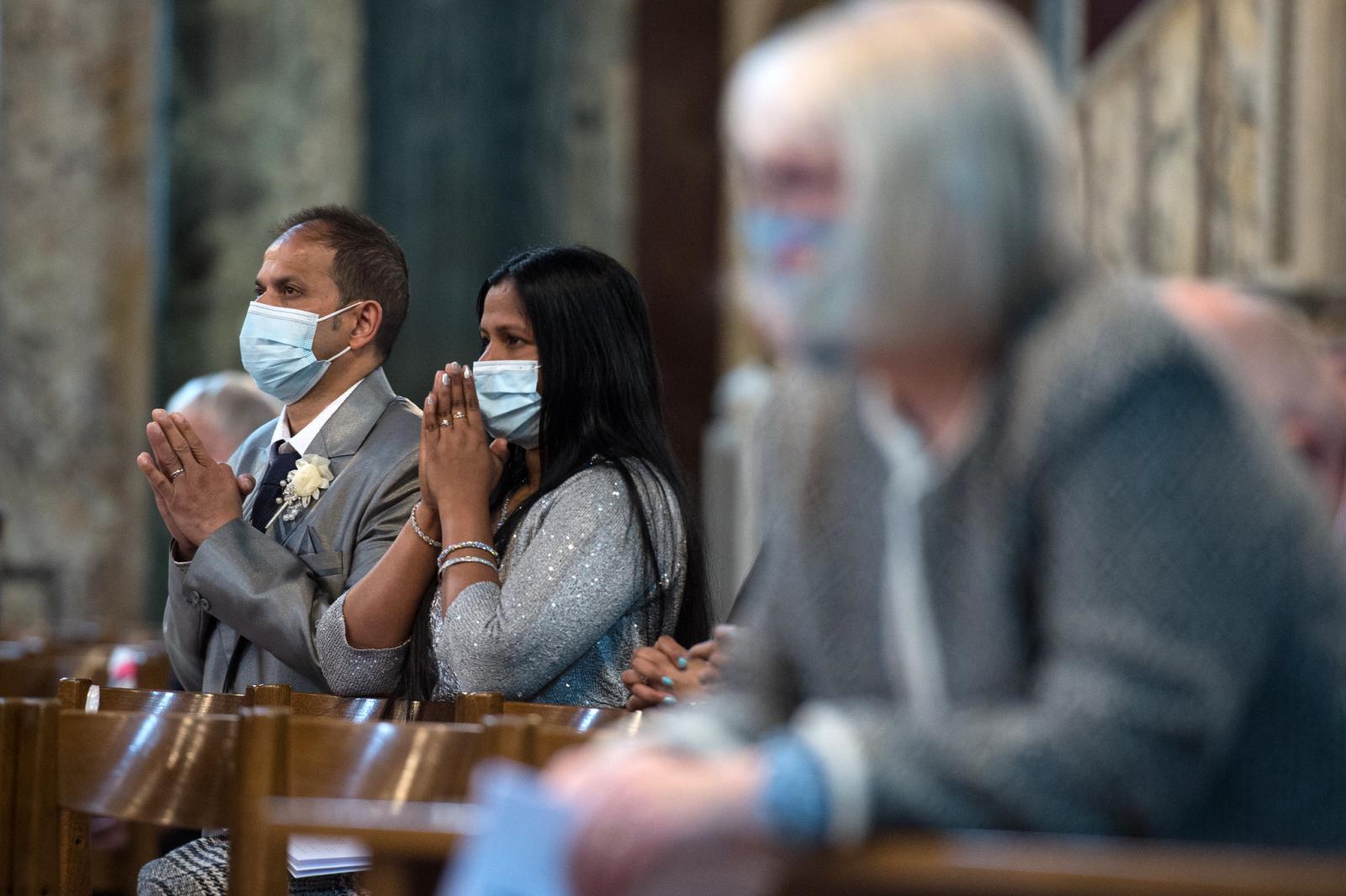 On Saturday 15th May, Cardinal Vincent Nichols celebrated the annual Mass in Thanksgiving for Matrimony at Westminster Cathedral. As well as being an occasion for thanksgiving, the Mass was also an opportunity for married couples to renew before God their commitment to live their marriage in holiness.

This year, over 100 married couples in the Diocese of Westminster registered through their parishes to attend the Mass for Matrimony. Twenty-three couples attended the Mass at Westminster Cathedral in-person, while the majority of the couples opted to join the celebration via live-stream. Those couples who celebrated in the cathedral came from 14 different parishes in the diocese, including Bayswater, Berkhamsted, Bishop's Stortford, Brook Green, Camden, Chelsea Cadogan Street, East Finchley, Hanwell, Ruislip South, Southall, Stevenage, Twickenham, Whetstone and Willesden Green.

The youngest attendee in the cathedral was just four months old. His parents shared that they had been married for ten years before being blessed with their ‘miracle child’. The anniversary dates being celebrated by couples in the cathedral party ranged from five to 50. The couple marking their 5th anniversary were expecting their first child. Five of the couples were marking their 50th (golden) wedding anniversary, including one couple who were former chorister parents from the late 1980s.  A recurring reflection from the couples in attendance was that renewing their vows before the Cardinal and in the company of fellow married couples was ‘so powerful’.

In his homily, Cardinal Vincent spoke about how the celebration was taking place in the days between the solemnities of the Ascension and Pentecost:

'The Ascension marks the ending of the physical presence of Christ among us. Yet, it also reveals his bodily glory. It reminds us that, yes, our bodies are made of the dust of the earth, but they are destined for glory. Pentecost reminds us of the flow of the Holy Spirit who will revive and strengthen us, launching, if you like, our life in the spirit.'

At the end of the homily, the Cardinal invited the couples in the cathedral, as well as those couples joining the celebration from home, to renew their promises of marriage by joining hands and saying the following words:

Photos from the Mass for Matrimony can be viewed here.

An audio recording of the Cardinal's homily is also available: