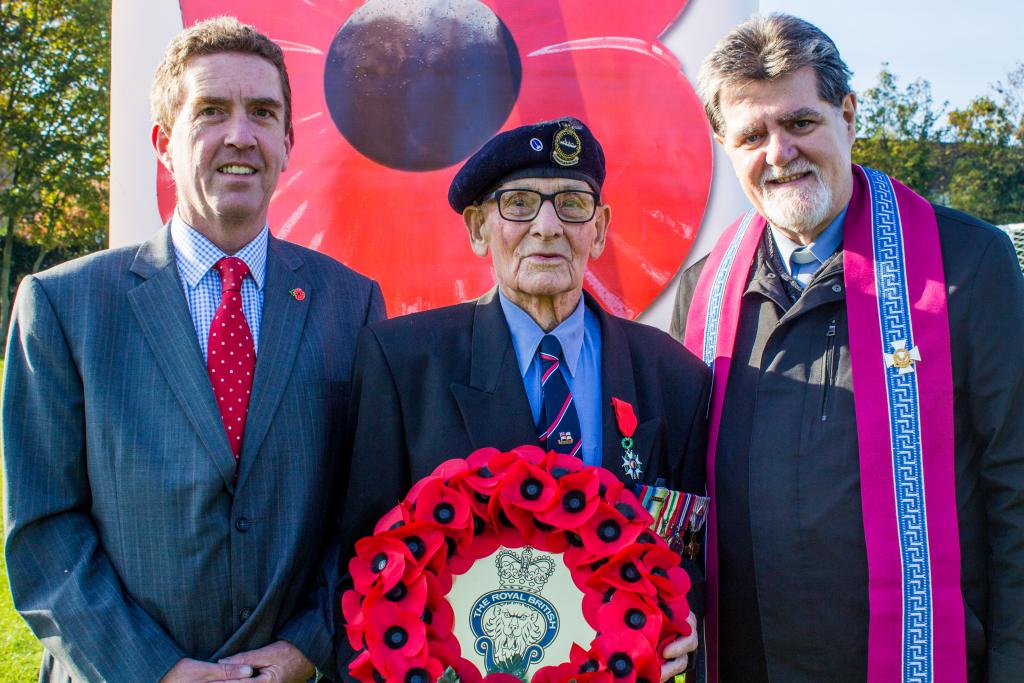 On November 11 Bishop Douglass School held a commemorative service to mark Armistice Day and were graced with the presence of World War II veteran, Roy Beckett, who has just been honoured by the French government with the Order of the Legion of Honour (the highest French order for military and civil merit) which he received from the French Ambassador to the UK for his bravery during the world war.

The whole student body gathered in the field behind the school for a liturgical service conducted by Fr Kevin Ryan, SX and heard speeches, poems and to listen to the last post

The Head Teacher Mr Tissot said he was proud of the reverent and respectful way the students had conducted themselves during the ceremony and thanked the students for their generosity in collecting over £300 for the Royal British Legion.