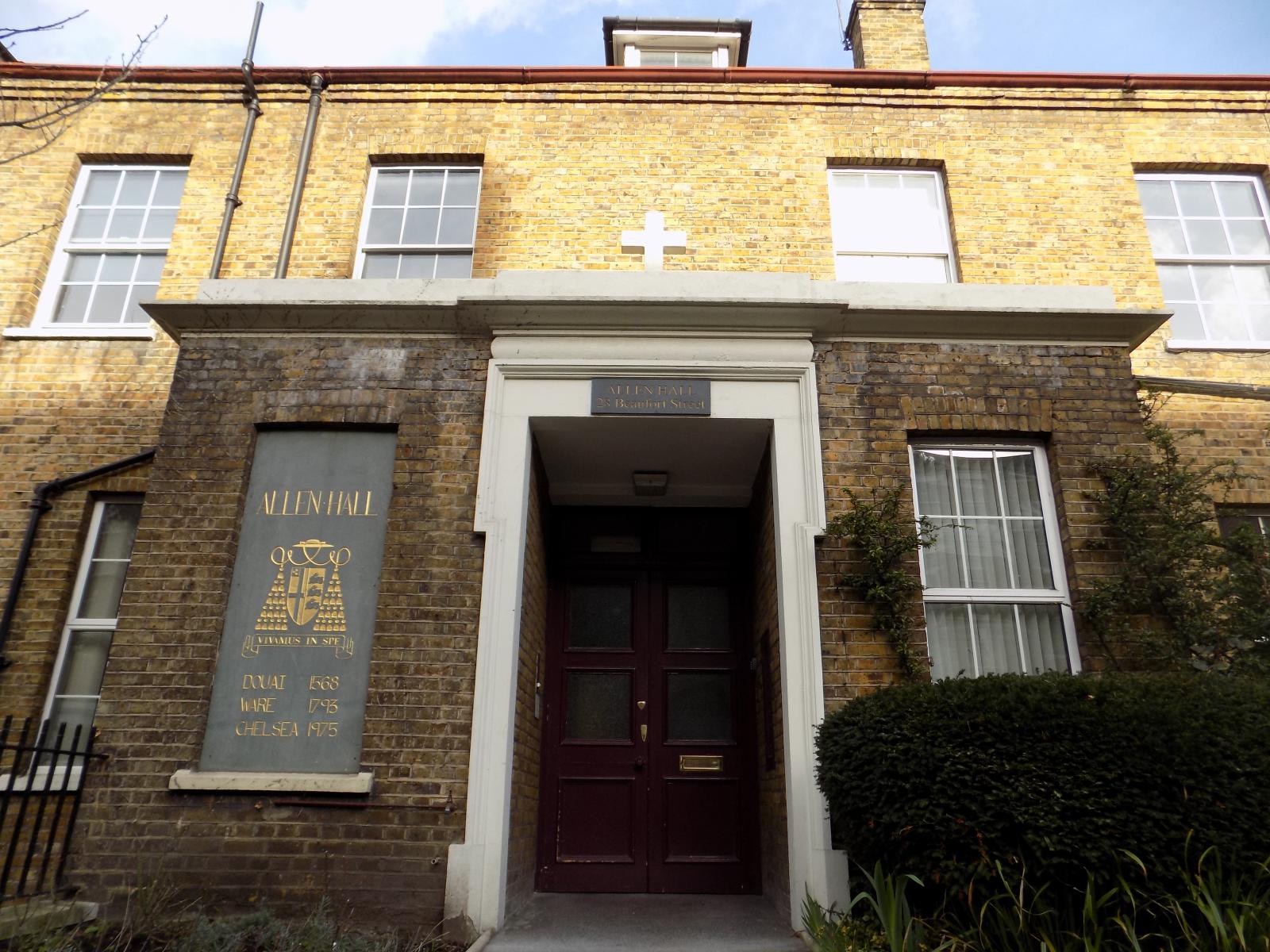 After a break of three years, the annual Allen Hall lecture resumed on Thursday 9th June with a fascinating and inspiring talk by Rt Hon Ruth Kelly, former MP and Cabinet Minister.

Focusing on the relationship between faith and politics, she spoke about her own life of faith as a senior UK politician, and more generally about how a person of faith, can play a part in a liberal western democracy while remaining true to their principles.

Quoting Pope Benedict XVI that ‘Religion is not a problem for politicians to solve,’ Ms Kelly spoke about her own experiences, her desire to work in public service for the greater good and determination to prove that it was possible for a faithful Christian, a faithful Catholic, to hold high office in UK government.

Elected to Parliament in the Labour landslide of 1997, her natural area of expertise from the back benches was economic policy. The first real test of faith in politics came in 2000 with the debates surrounding the Human Fertilisation and Embryology bill, where arguments on practical, rather than religious grounds, often held more sway.

Once in government more challenges came, particularly when, as Education Secretary in 2004, she was tasked with responsibility for the Teenage Pregnancy Unit. She was determined that a Catholic could hold this level of high office and be a force for good in government, despite concerns about particular policies.

The long-held policy of not whipping votes on matters of conscience was challenged by Gordon Brown when, as Prime Minister, he insisted all labour MPs vote with the government over the issue of Christian adoption agencies being compelled to allow same-sex couples to use their services. In 2008 she resigned from government and did not seek re-election to parliament in 2010.

In reflecting on how the relationship between faith, government and wider culture is developing, Ms Kelly expressed concern, along with many others, at the stifling of intellectual debate and the dangers of pushing faith to the fringes of society. ‘Culture eats politics for breakfast,’ she said, and, as politics continues to be led and formed by culture, faith is seen as less important and valuable.

She did express some optimism for the future where, in a world still recovering from the impact of the pandemic, faith can and will play a key role in rebuilding and growing communities and society as a whole.