A century of Catholic witness in Stephendale Road 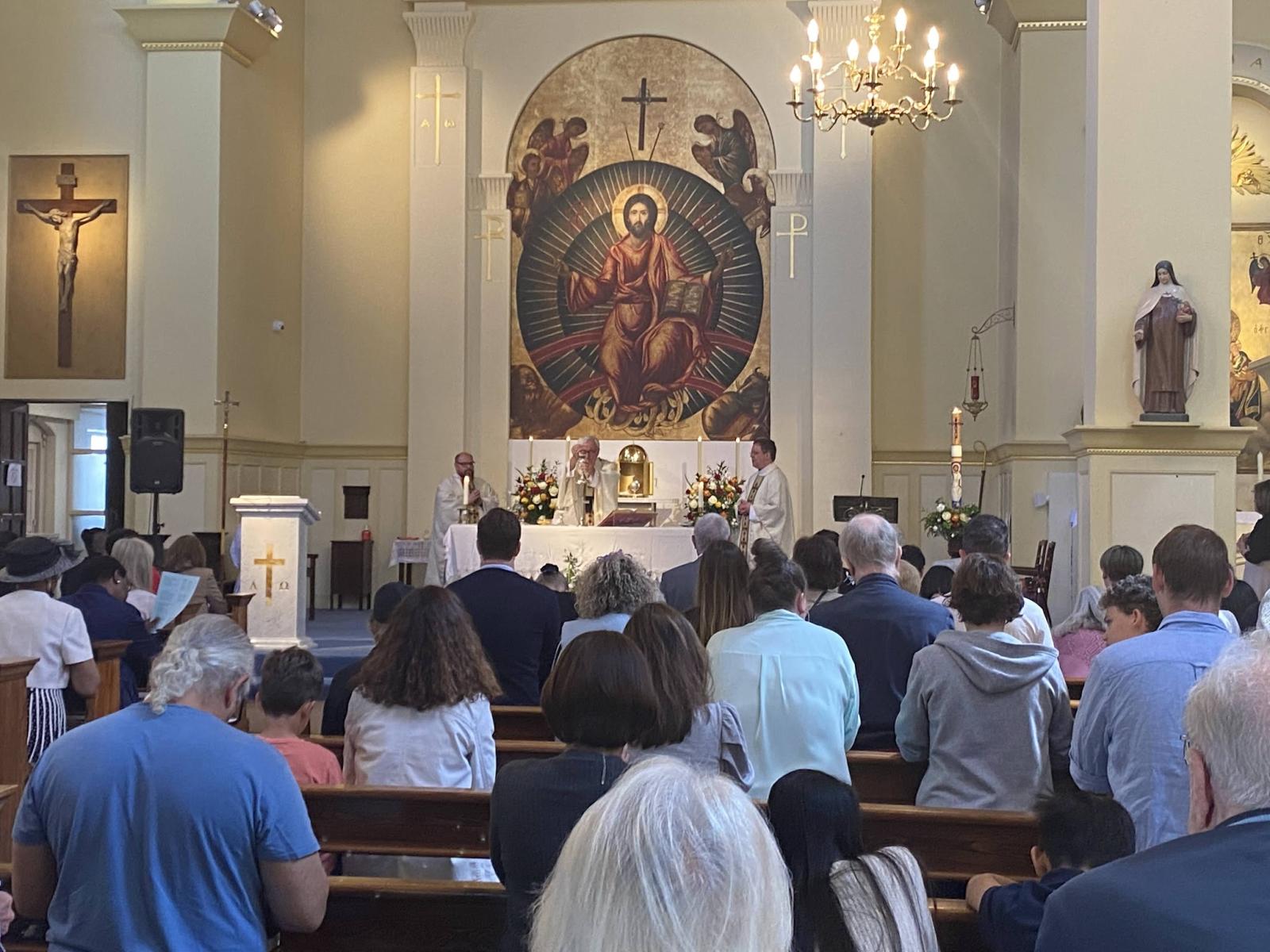 On Sunday 22nd May, the Parish of Our Lady of Perpetual Help in Stephendale Road in Fulham marked a century of Catholic worship and witness with a Mass celebrated by Cardinal Vincent.

The church was built near the Thames, on a parcel of land that was once a rubbish tip, to serve the local Catholic community. The area at the time housed workers who were employed at the nearby docks and their families, who were mainly struggling to make ends meet.

The land was purchased by Mary Clare Bodkin, a local woman, in memory of her sixth son Geoffrey who died during the First World War. With financial help from her second cousin, Edward Eyre, she arranged for the building of a church in honour of Our Lady.

The church was designed by Benedict Williamson, an architect who had become a Catholic priest. In 1922, the tomb of Tutankhamun was discovered, inspiring Fr Williamson to incorporate Egyptian motifs in his design of the interior of the church.

Our Lady of Perpetual Help Church was opened on 17th December 1922 by Cardinal Bourne. It is reported that Mary Clare Bodkin presented a silver cup to the first baby baptised and a suite of furniture to the first couple married in the church.

Thus it was that a tragedy of the Great War yielded the blessing of a church for the local community.

A century later, the church remains a haven of prayer and continues to serve the local parish community. Writing on the parish website, Fr Fortunato Pantisano, Parish Priest, assures all of a warm welcome for everyone of goodwill, adding, ‘We have many occasions to thank our Blessed Virgin Mother for her intercessions to her Son, Jesus, in whom we live and move and have our being.’