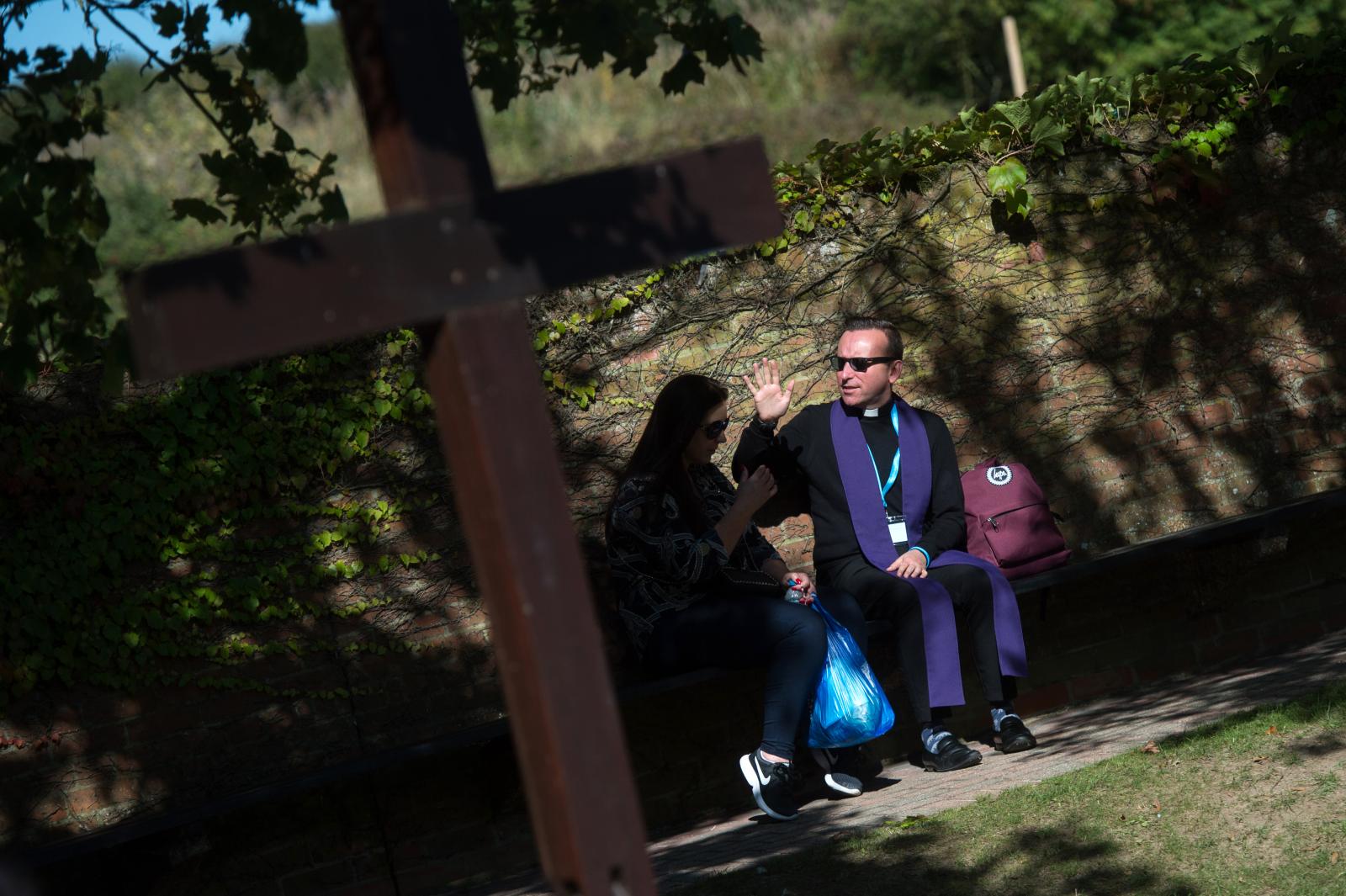 'Christ instituted the sacraments of the new law … The seven sacraments touch all stages and all the important moments of Christian life: they give birth and increase, healing and mission to the Christian’s life of faith.' (The Catechism of the Catholic Church, 1210)

First and foremost, all sacraments are an encounter with Christ, who is Himself the original sacrament. Reflecting natural life and Christian life, the sacraments can be ordered as follows:

Sacraments of Healing: Reconciliation (Confession, Penance), Anointing of the Sick

Sacraments at the Service of Communion: Matrimony, Holy Orders

Email to a friend Printable version
The Sacraments 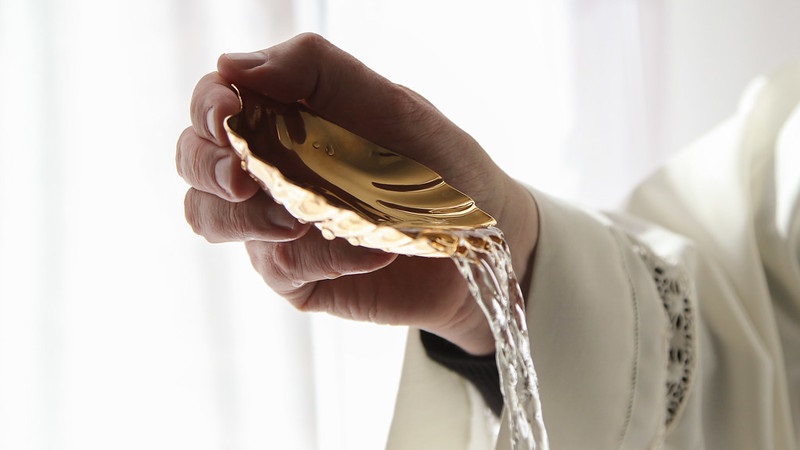 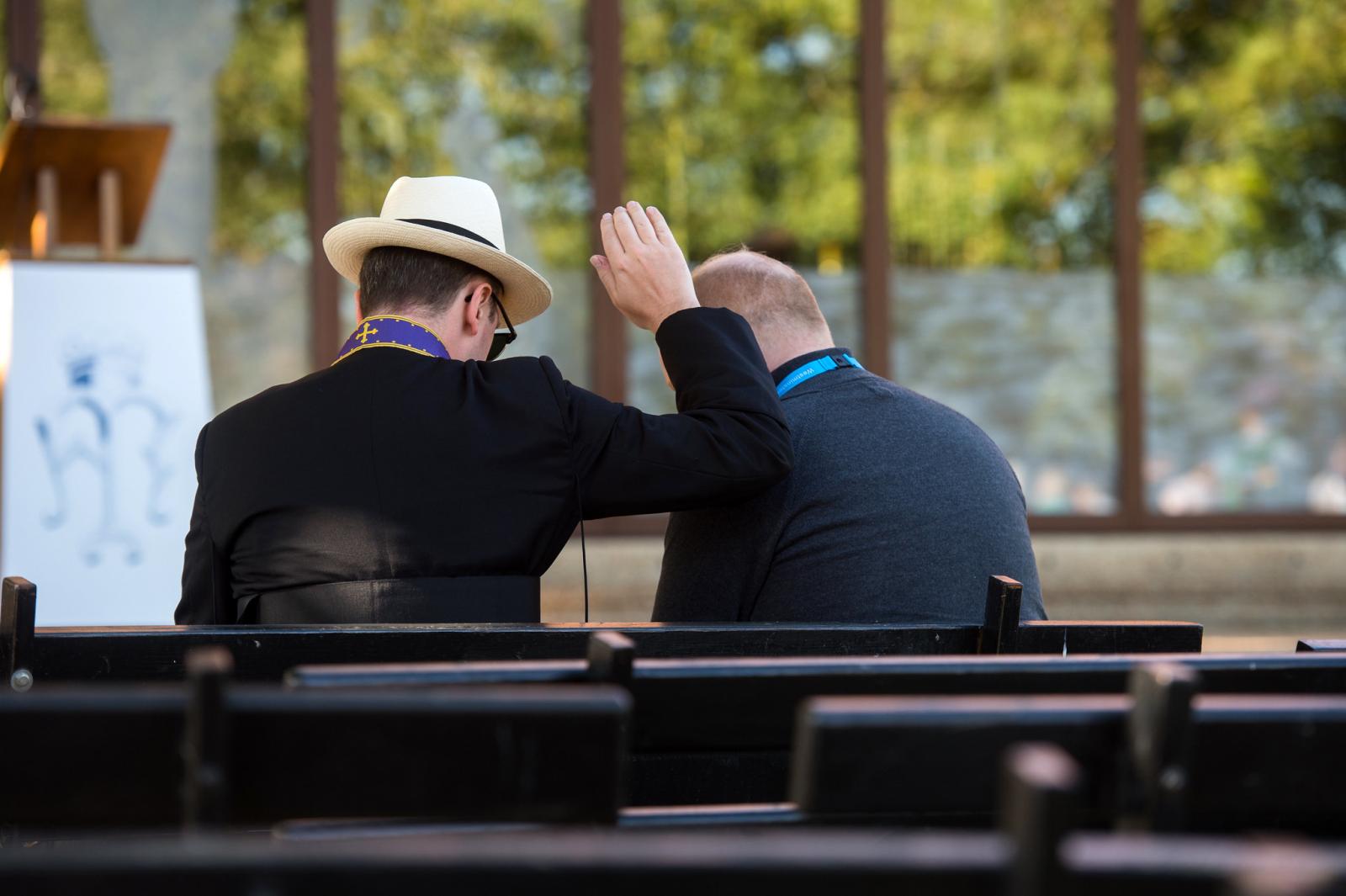 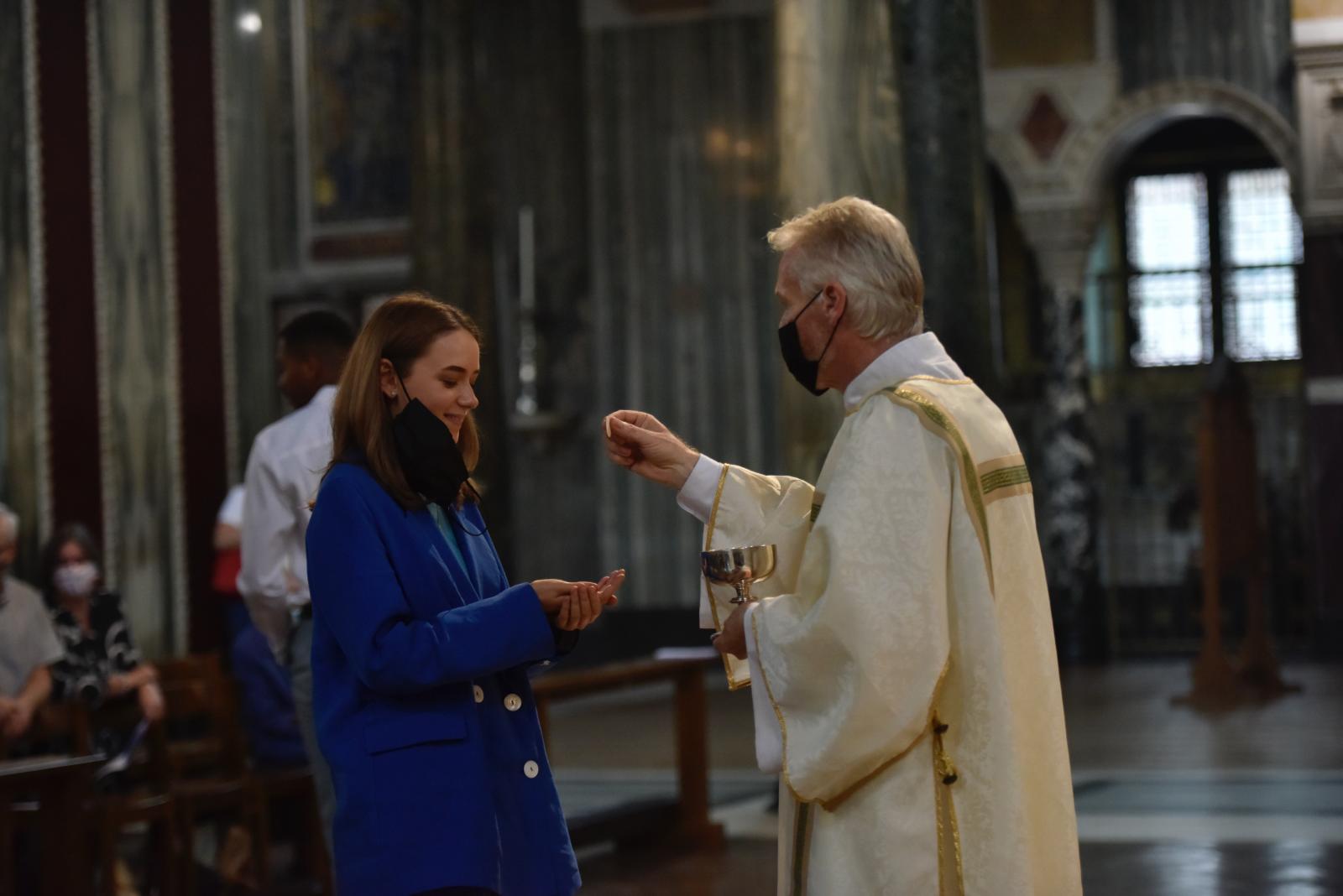 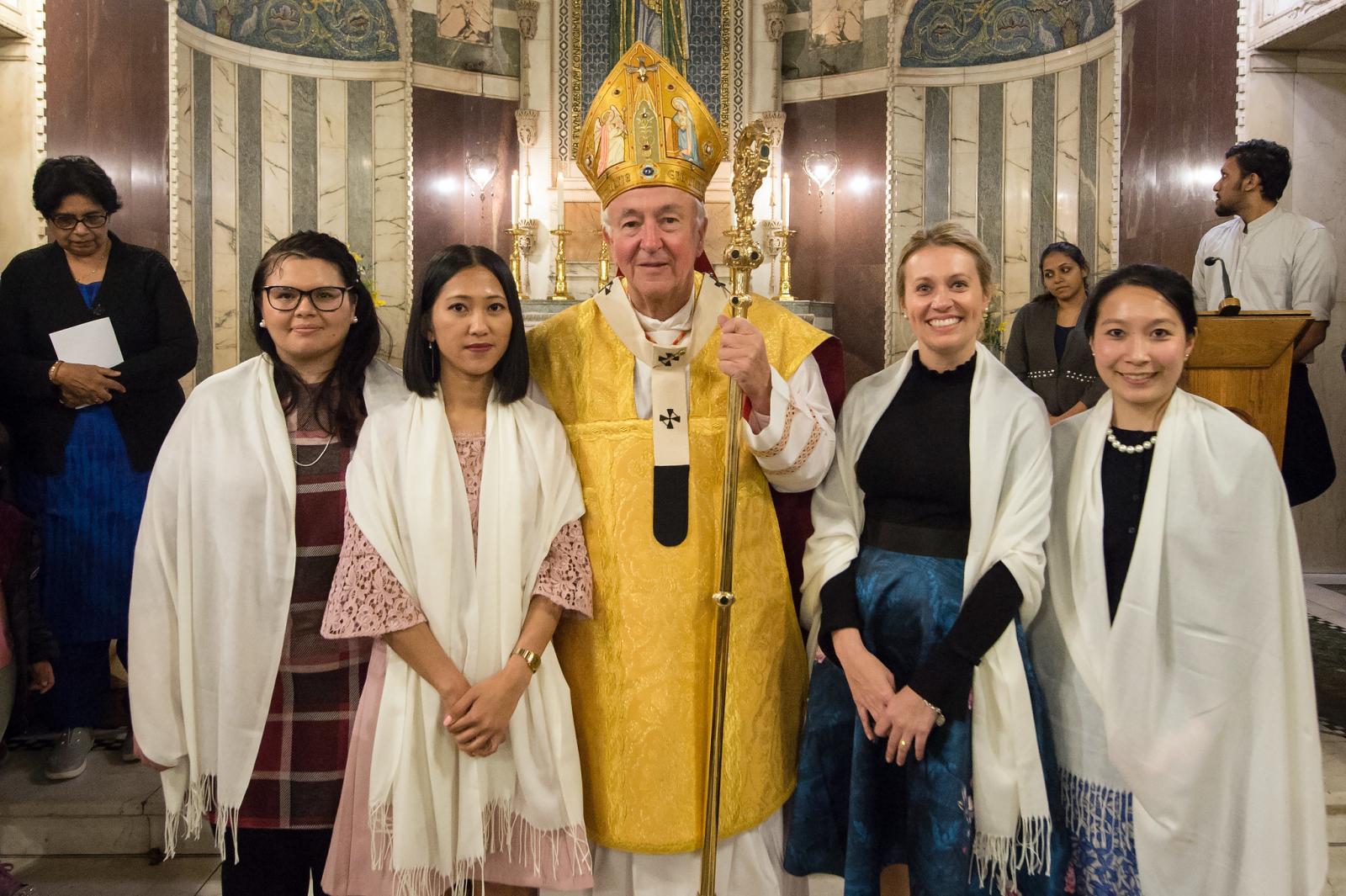 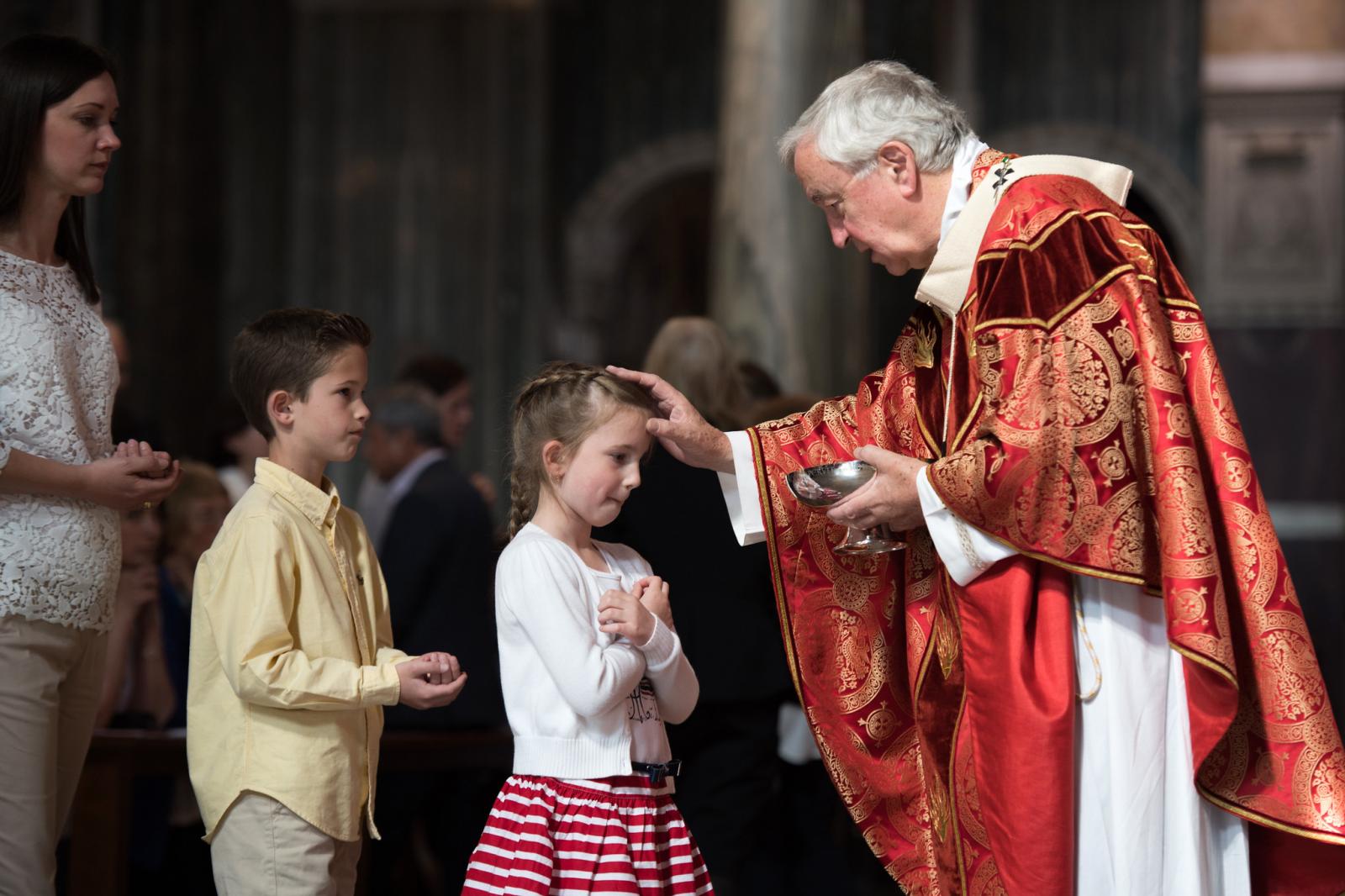 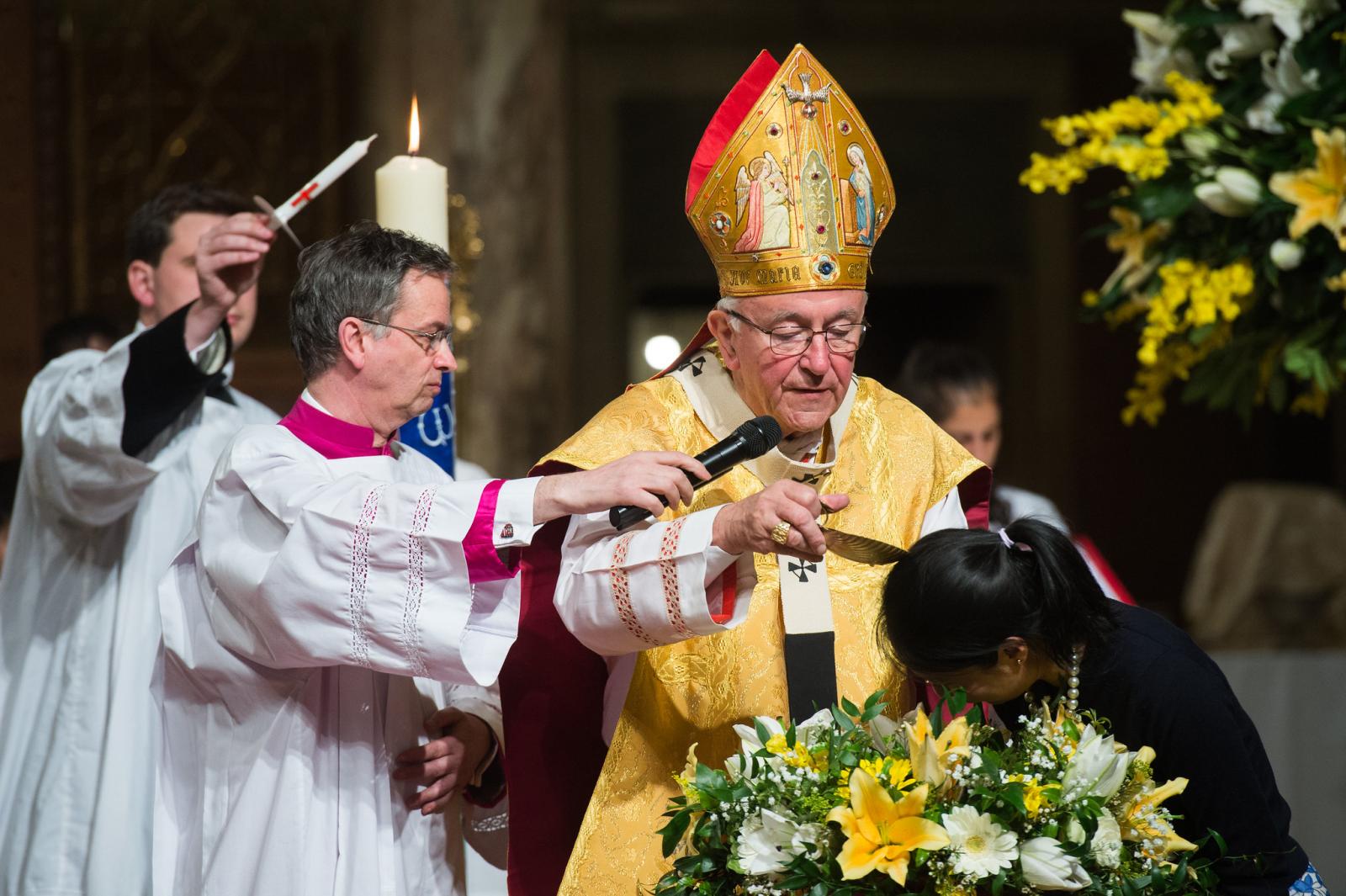 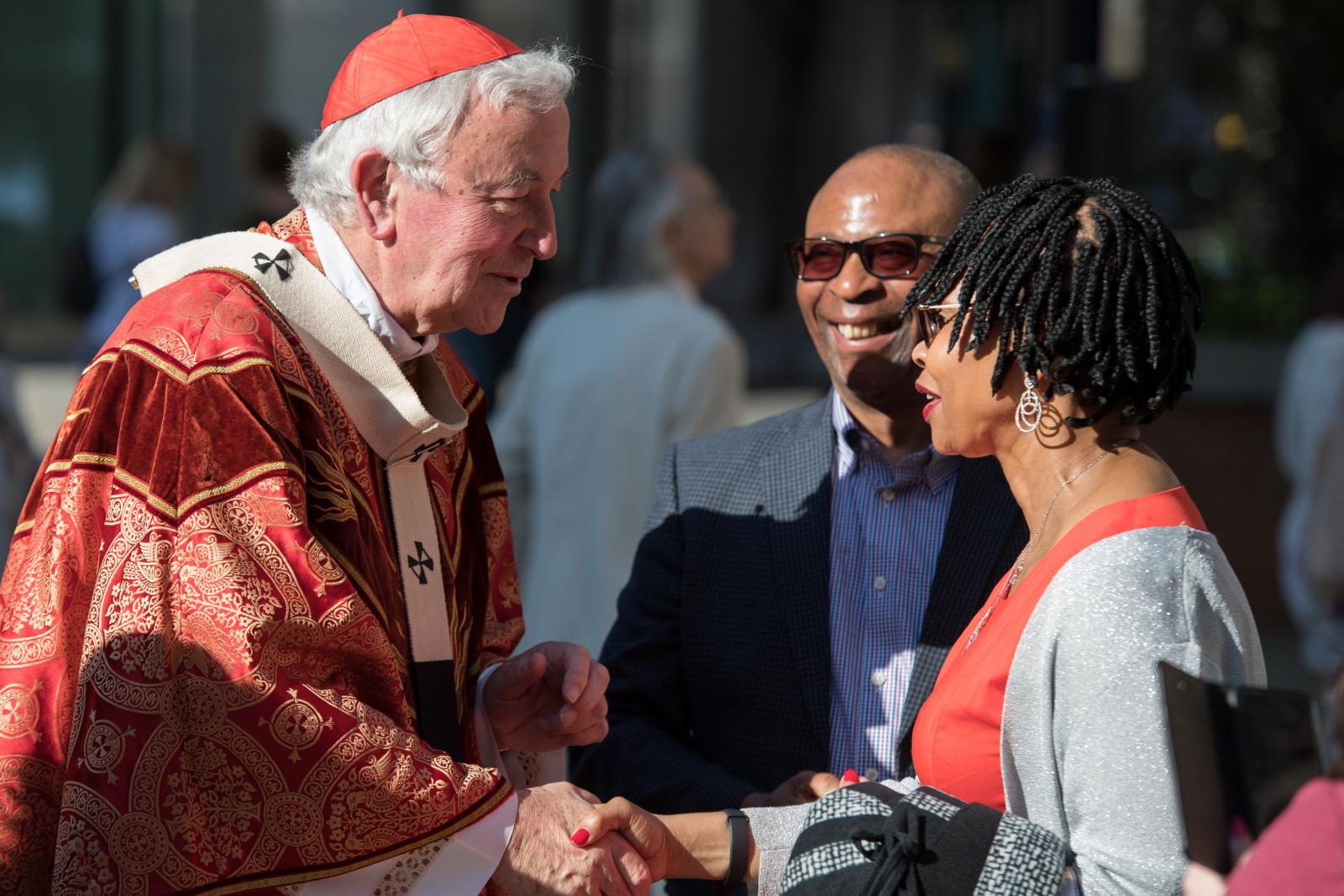 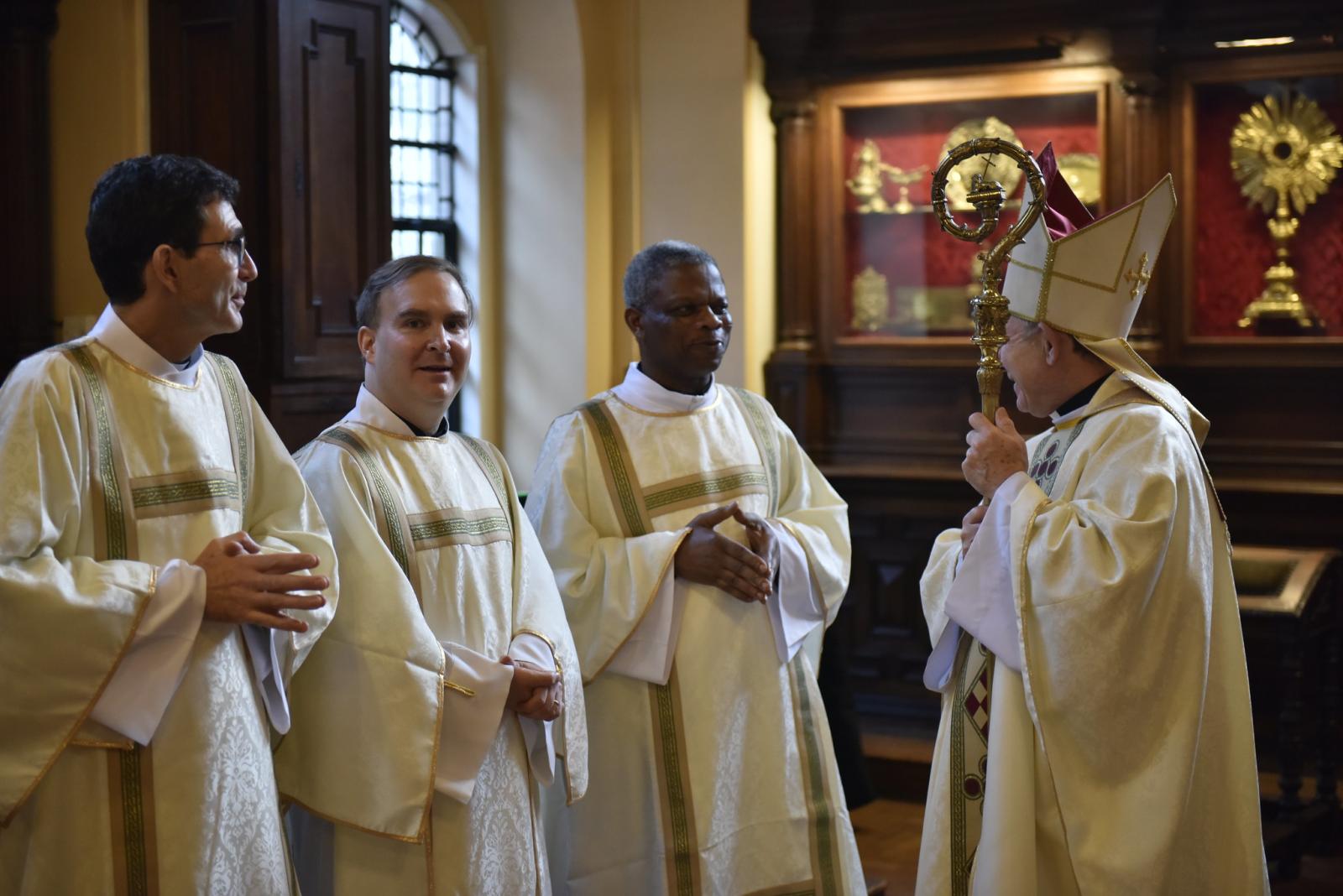 Baptism incorporates us into Christ and forms us into God’s people. This first sacrament pardons all our sins, rescues us from the power of darkness, and brings us to the dignity of adopted children, a new creation through water and the Holy Spirit. Hence we are called and are indeed the children of God. (Christian Initiation, General Introduction 2)

By signing us with the gift of the Spirit, Confirmation makes us more completely the image of the Lord and fills us with the Holy Spirit, so that we may bear witness to him before all the world and work to bring the Body of Christ to its fullness as soon as possible. (Christian Initiation, General Introduction 2)

In celebrating the Eucharist, the people of God assemble as the body of Christ to fulfil the Lord’s command to “do this in memory of me” (Luke 22:19). In this most sacred action of Christ and the Church, the memorial of his death and resurrection is celebrated, God is adored in spirit and in truth, the Church identifies itself with the saving Sacrifice of its Lord and, nourished by his Body and Blood, looks forward in joyful hope to sharing in the supper of the Lamb in the heavenly kingdom. (Celebrating the Mass 18)

Our Saviour Jesus Christ, when he gave to his apostles and their successors power to forgive sins, instituted in his Church the sacrament of Reconciliation. Thus the faithful who fall into sin after baptism may be reconciled with God and renewed in grace. The Church ‘possesses both water and tears: the water of baptism, the tears of penance’. (1.1)

In the sacrament of Reconciliation the faithful ‘obtain from the mercy of God pardon for their sins against him; at the same time they are reconciled with the Church which they wounded by their sins and which works for their conversion by charity, example, and prayer’. (2.4) (Rite of Penance – Introduction)

Anointing of the Sick

'Is any among you sick? Let him call for the presbyters of the Church, and let them pray over him, anointing him with oil in the name of the Lord; and the prayer of faith will save the sick man, and the Lord will raise him up; and if he has committed sins, he will be forgiven'. (James 5:14-15)

In the Sacrament of the Anointing of the Sick, the priest anoints the seriously ill, injured, or the elderly with the oil of the sick. The sacrament may be administered more than once. A person may be anointed each and every time they suffer serious illness or injury.

‘The sacrament of Anointing of the Sick has as its purpose the conferral of a special grace on the Christian experiencing the difficulties inherent in the condition of grave illness or old age.' (Catechism of the Catholic Church 1527)

‘The special grace of the sacrament of the Anointing of the Sick has as its effects: - the uniting of the sick person to the passion of Christ, for his own good and that of the whole Church; - the strengthening, peace, and courage to endure in a Christian manner the sufferings of illness or old age; - the forgiveness of sins, if the sick person was not able to obtain it through the sacrament of Penance; - the restoration of health, if it is conducive to the salvation of his soul; - the preparation for passing over to eternal life.’ (Catechism of the Catholic Church 1532)

Sacraments at the Service of Communion

St. Paul said: 'Husbands, love your wives, as Christ loved the Church … This is a great mystery, and I mean in reference to Christ and the Church'. (Eph 5:25, 32)

The marriage covenant, by which a man and a woman form with each other an intimate communion of life and love, has been founded and endowed with its own special laws by the Creator. By its very nature it is ordered to the good of the couple, as well as to the generation and education of children. Christ the Lord raised marriage between the baptised to the dignity of a sacrament.

The sacrament of Matrimony signifies the union of Christ and the Church. It gives spouses the grace to love each other with the love with which Christ has loved his Church; the grace of the sacrament thus perfects the human love of the spouses, strengthens their indissoluble unity, and sanctifies them on the way to eternal life (cf. Council of Trent: DS 1799).

Marriage is based on the consent of the contracting parties, that is, on their will to give themselves, each to the other, mutually and definitively, in order to live a covenant of faithful and fruitful love. (Catechism of the Catholic Church 1659-1662)

For more information go to Marriage and Family Life.

Holy Orders is the sacrament through which the mission entrusted by Christ to his apostles continues to be exercised in the Church until the end of time: thus it is the sacrament of apostolic ministry. It includes three degrees: episcopate, presbyterate, and diaconate. (bishops, priests and deacons) (Catechism of the Catholic Church 1536)

The whole Church is a priestly people. Through Baptism all the faithful share in the priesthood of Christ. This participation is called the "common priesthood of the faithful." Based on this common priesthood and ordered to its service, there exists another participation in the mission of Christ: the ministry conferred by the sacrament of Holy Orders, where the task is to serve in the name and in the person of Christ the Head in the midst of the community.

The ministerial priesthood differs in essence from the common priesthood of the faithful because it confers a sacred power for the service of the faithful. The ordained ministers exercise their service for the People of God by teaching (munus docendi), divine worship (munus liturgicum) and pastoral governance (munus regendi). (Catechism of the Catholic Church 1591-1592)

Wanting more information on discerning your mission in the Church? Visit the Vocations page.