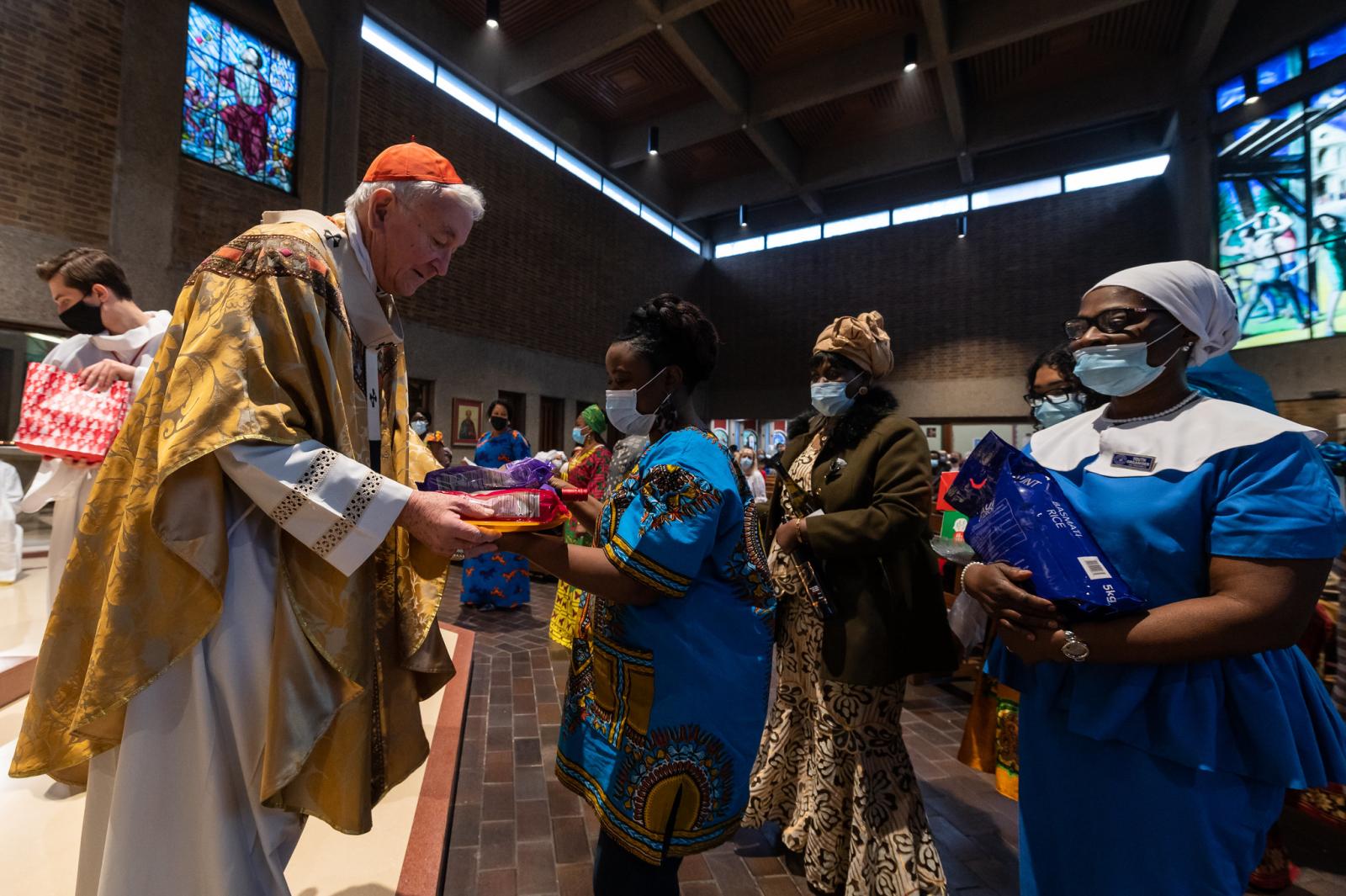 Sunday 23rd January, the closest Sunday to the Feast of the Conversion of St Paul, was a day of thanksgiving at St Paul, Wood Green, marking 140 years of Catholic witness and education.

Unsurprisingly for a parish community which has a long history of active faith, they chose to mark these anniversaries with another act of service for the local community: in this case, the installation of a knife bin, which the Cardinal blessed after Mass. 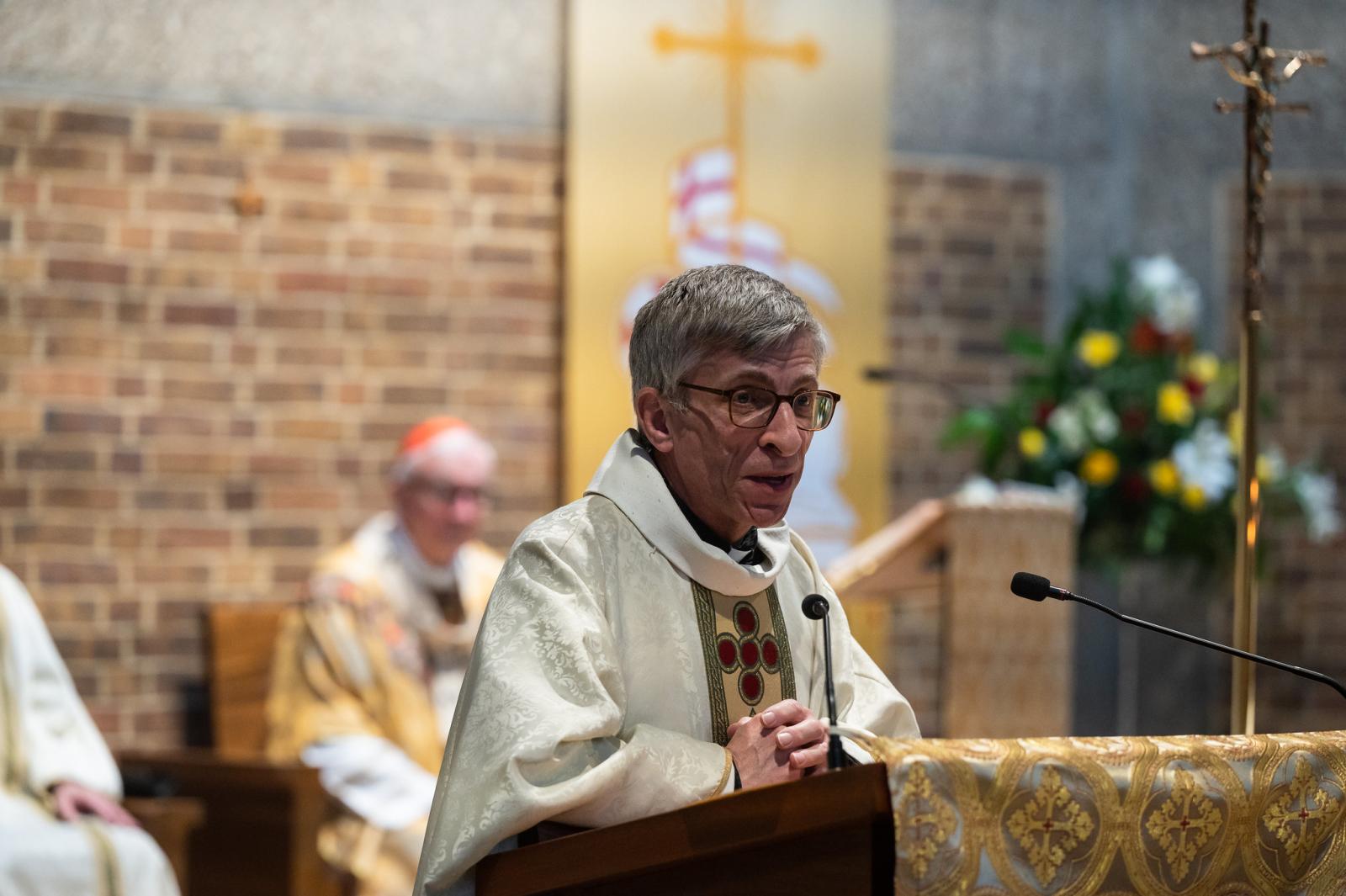 Parish Priest Fr Perry Sykes explained: ‘Anniversaries are, above all times of thanksgiving, when we look back and appreciate anew all that contributed to the growth and well-being of the Wood Green Mission.

‘Those who formed that first community would be happy and gratified to see all that has resulted from such small beginnings. The installation and blessing of the knife bin by Cardinal Vincent is part of our continuing mission here in the community of Wood Green.’ 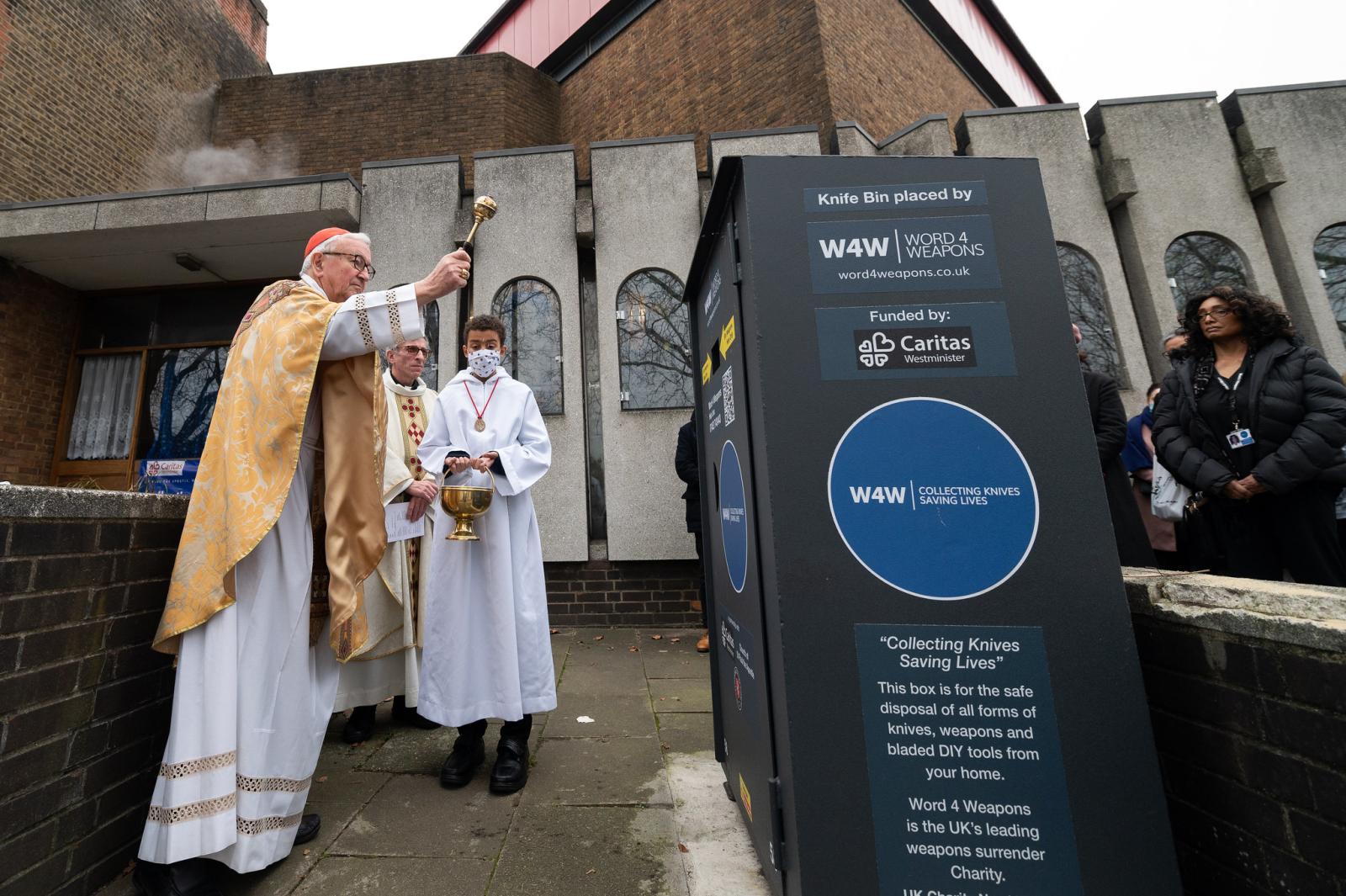 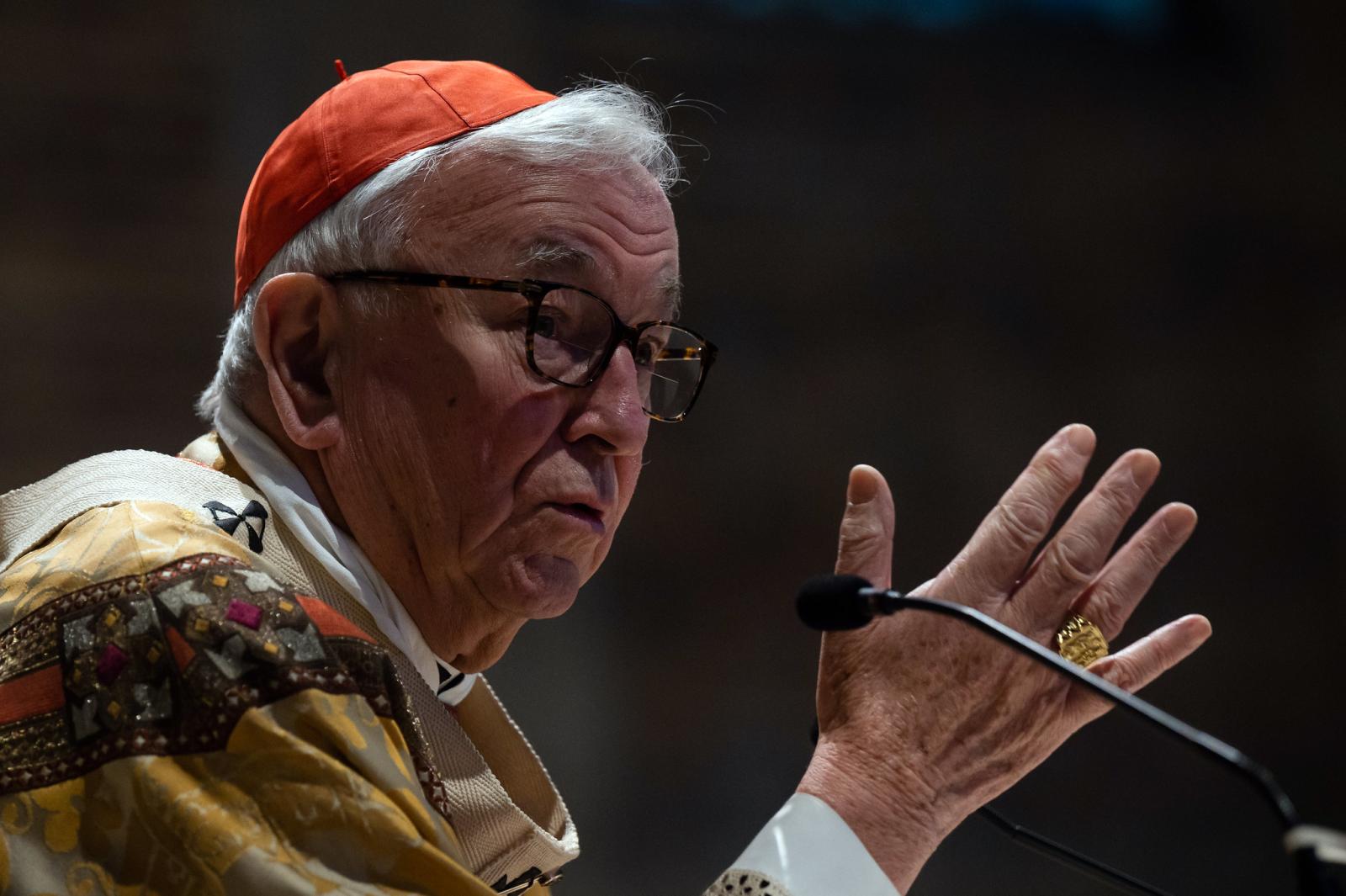 Connecting the gift of faith and our response to it, in his homily the Cardinal chose to reflect on two phrases in particular from the account of the Conversion of St Paul.

The first of these is ‘Receive your sight’.

The Cardinal said: ‘It is through the gift of faith that we see rightly. We see others as no longer enemies, but brothers and sisters of one Father; we see the wonder of the world as the work of God, to be respected and nurtured; we see the invitation of God, and God's presence in every circumstance.

‘Most of all, we see in the person of Jesus the fullness of the truth of God, the promise of hope in life, the clear destiny in heaven that awaits us all.’ 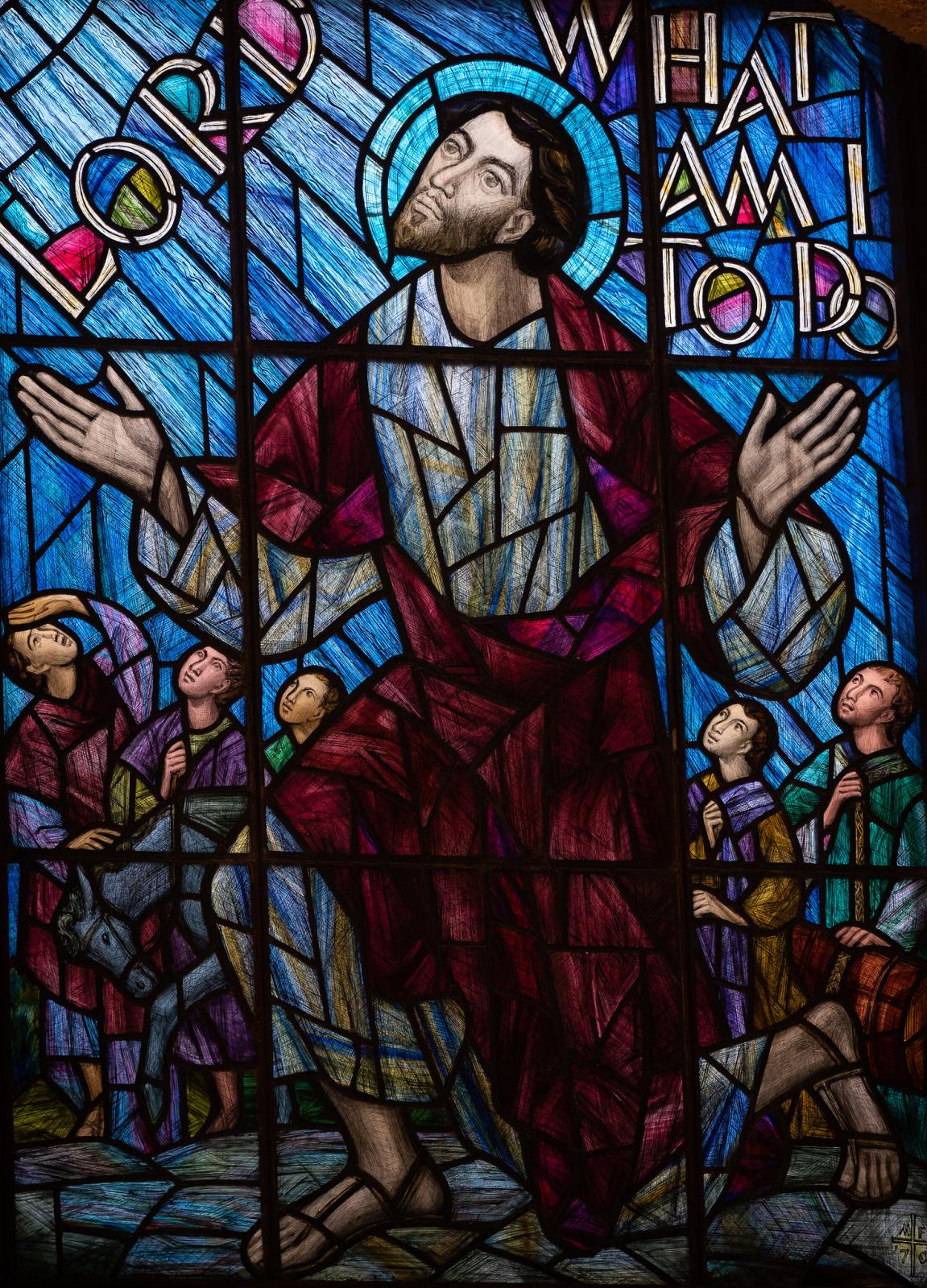 The second phrase he chose to emphasise is the question which St Paul asks: 'Lord, what am I to do?'

The Cardinal explained: 'The answer to this question is found in the Gospel: “Preach the Gospel!”

Echoing Fr Perry’s words, he added: ‘Today I am pleased to support one of them: the knife bin newly established outside the church. We pray that it will help to remove dangerous weapons from our streets and help to build a safer environment for us all.’

The bin, which has been provided by the charity Word4Weapons and funded by Caritas Westminster, is a safe-disposal amnesty bin for knives and other bladed weapons. The Cardinal thanked and congratulated both Caritas and Words4Weapons for this initiative.

The knife bin is placed away from CCTV, with the aim of encouraging people to surrender anonymously knives that might otherwise be used in committing crimes, potentially causing serious injury or death. 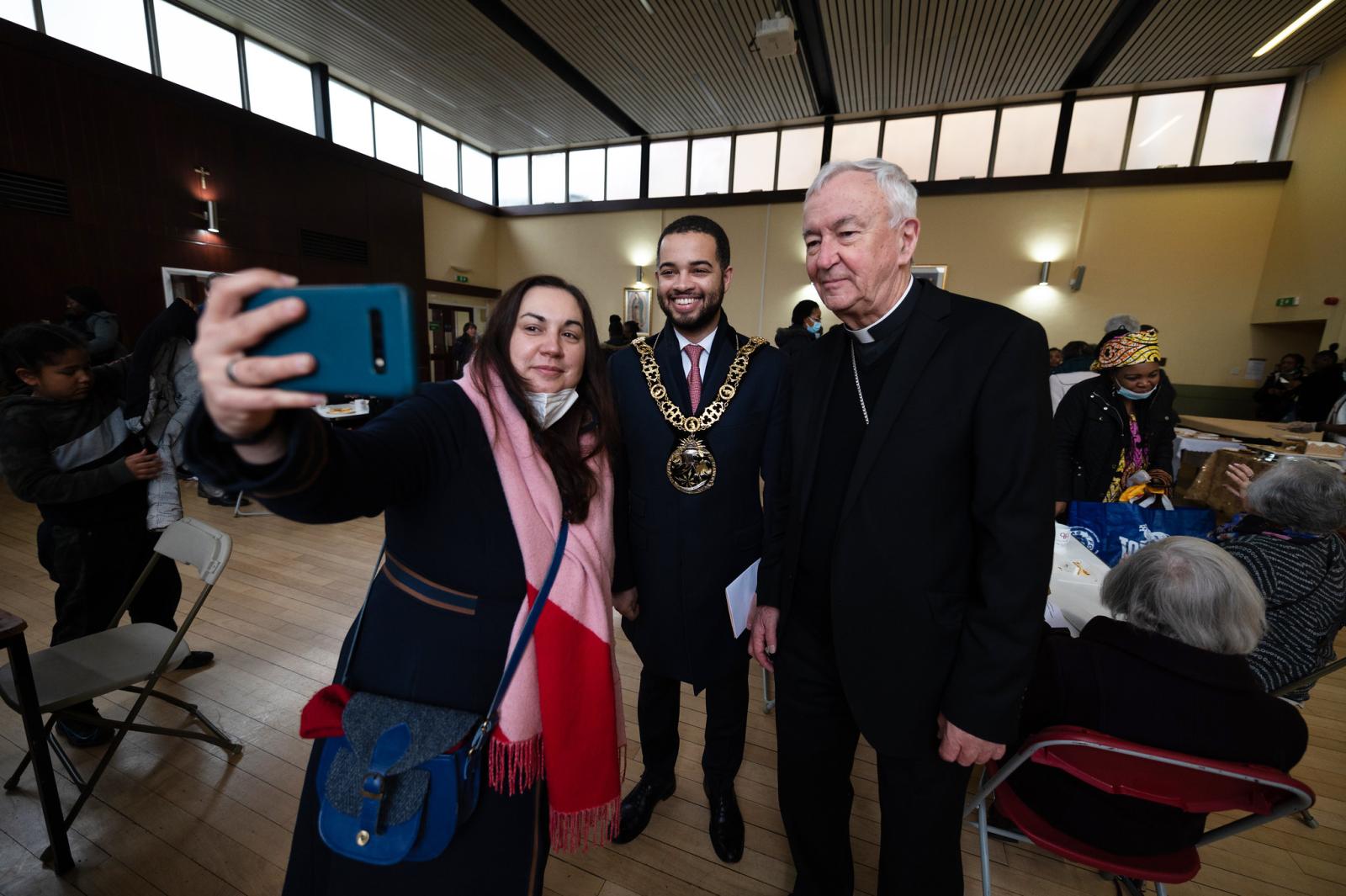 Also taking part in these celebrations were a number of dignitaries and guests. Mayor of Haringey Adam Jogee (pictured on right) thanked the parish for ‘the leadership it shows in keeping Wood Green and Haringey safe’ and expressed his hope that the bin would provide those affected by knife crime with ‘a safe opportunity to do away with their knives and move forward in a peaceful and safe way’.

Lucia das Neves, Councillor for Woodside Ward and Haringey Cabinet Member for Health, Social Care and Wellbeing (pictured with Mayor and Cardinal Vincent), called the parish’s engagement with the community ‘inspiring’, adding, ‘I know that they've been really passionate about making a difference to young people. Installing this knife bin is a visual reminder of the community's commitment to combatting violence and having a conversation about the issues.’

These sentiments were echoed by Grace, the Vice President of the parish’s SVP group, who explained: ‘In Wood Green and Tottenham we have a lot of issues with knife crime. Reaching out to the youth is going to help with people relinquishing their actual weapons. I think we're doing a brilliant job and setting the stage for others to follow us.’

Caritas Westminster have been working with parishes, such as Wood Green, to address the problem of knife crime and the issue of young people routinely carrying knives, resulting in a number of stabbing deaths among youths in London. The parish intends to run awareness activities in the coming months to cast a spotlight on the issue, and to encourage the surrender of knives which might otherwise be used to cause harm.

The first knife bin in the diocese was installed in Tollington Park in 2018 with two more in Harrow Road and High Barnet the following year. The latest figures from these bins shows a total of 447 knives and 107 other potential weapons had been placed in these bins. The rollout of knife bins continues across the diocese.

Photos: Mazur/CBCEW.org.uk (More photos from the day, including photos of the stained glass windows in the church)