The Martyrs of Douai 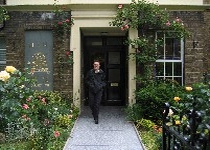 The Martyrs of Douai were a group of men who trained for the priesthood at Douai College during the English Reformation and were executed on their return to England for preaching the Catholic faith. Operating as a Roman Catholic priest during the Protestant Reformation was considered high treason, with a punishment of being hanged, drawn and quartered. In total, 158 members of Douai College were martyred between the years 1577 and 1680, including St Robert Southwell and St Edmund Campion.

These men provided essential pastoral and spiritual guidance for Catholics throughout the country and administration of the sacraments. They willingly took on this mission knowing that, as soon as they stepped onto English soil, their lives would be in imminent danger. Many people risked their lives during this period to support these men by sheltering them or allowing them to celebrate Mass in their homes.

In recognition of the work of these men and the sacrifice they made, 80 alumni of Douai College were beatified by Pope Pius XI in 1929, their feast day is celebrated on the 29th October.

Douai college was founded by William Allen (later, Cardinal Allen) in 1568, and was initially intended to be a home for English exiles where they could continue their studies when this was no longer possible for Catholics in English Universities. The college developed into a seminary for men seeking to be ordained into the Roman Catholic faith when it was not possible to do so in England and Wales. The college quickly received Papal recognition and was taken under the protection of King Phillip II of Spain.

In 1793, the college had its property confiscated, and its seminarians were imprisoned for over a year. They were released in November 1794 and received permission to return to England, where they settled at Old Hall Green Academy, a school in Ware. This new college was dedicated to St Edmund of Canterbury (also known as St Edmund of Abingdon) on his feast day, November 16th, in 1794. The event marked the beginning of the restoration of colleges and seminaries throughout England.

In 1904, Archbishop Francis Bourne built a new wing to house the seminarians separately from the school. This part of the college eventually became known as Allen Hall, after the founder of the English College at Douai. In 1975, the seminarians moved to Chelsea, which allowed them to be more involved in pastoral work in London, and allowed St Edmund’s College to expand as a school. Their residence in Chelsea retained the name Allen Hall, which remains as the seminary for the Diocese of Westminster to this day.

Fr Richard Nesbitt, the Diocesan Vocations Director, reflects on the importance of the Douai Martyrs and what their sacrifice can teach us:

‘It is always one of the most powerful moments of the year at Allen Hall seminary when, at the beginning of the Mass to celebrate the Feast of the Douai Martyrs, the current seminarians read out the names of the 158 martyrs. It really hits you how much we all owe to these priests and religious, as well as the men and women who risked their lives by sheltering and supporting them. They gave their lives to defend and preserve what we can so easily take for granted today, the Eucharist and other sacraments, praying the rosary, our connection with the Universal Church. We need to remember this today.’

The Douai martyrs were executed at three-sided gallows known as the ‘Tyburn Tree’ which stands near the present-day Marble Arch. A roundel which marks the spot of the gallows has been restored recently: http://rcdow.org.uk/vocations/news/tyburn-tree-memorial-renewed/