The Congregation of the Adoratrices 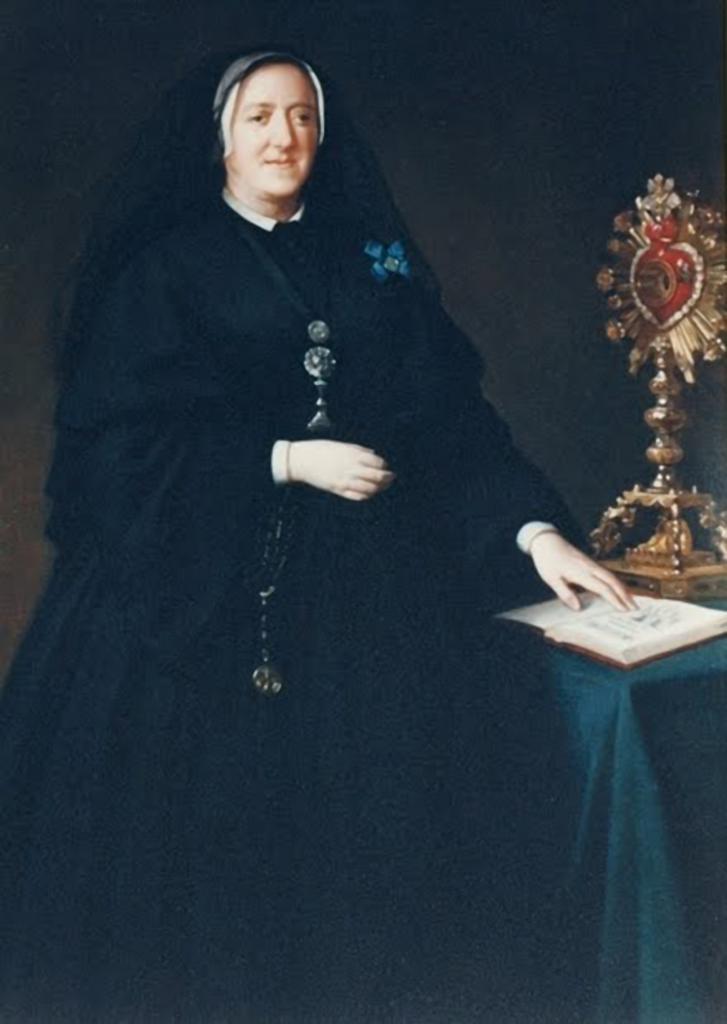 The Congregation of the Adoratrices has at its heart a mission of Adoration and Liberation. They seek to liberate women through their work with those affected by prostitution and trafficking. The Eucharist, which nourishes and re-builds them, is the centre of their attitude and acts of Adoration. Their foundress, St Maria Micaela, lived deeply this Eucharistic vocation and teaches them to Adore ‘from the world and in the world’. In recognition of their valuable work, on 13 April 2015 King Felipe VI of Spain presented the biennial Human Rights Award to the Adoratrices.

The foundress of the Adoratrices, St Maria Micaela, was born in Madrid in 1809 into a noble Christian family. As a noblewoman, much of her time was dedicated in charitable works.  In one of her visits to St John of God hospital, she met a young lady on the ward who wore a cashmere shawl. Knowing that this was an expensive garment, she wondered what had brought the young woman to this situation. She approached the woman slowly and with great tenderness. The woman explained that she was the daughter of a wealthy banker, but had become a victim of prostitution through circumstances beyond her control. Micaela invited this woman into her home and returned her to her own family without having to explain the whole story to them. This gave the woman the opportunity to continue with her life and have a family of her own.

This experience opened Micaela’s eyes to this situation and she was surprised by the number of women that were affected and by the complex circumstances that brought them to this situation. Micaela decided to open a house to support and care for these women. In society they were oppressed and despised and by helping them, Micaela would lose her own reputation and respect.

The period leading up to this had been a time of great turmoil and inner struggle for Micaela. She had initially been resistant, but eventually, through intense prayer, had come to the conclusion that God was calling her to this particular mission. Micaela was attracted by the beauty and strength of God, and sought to find this in the other. She wanted to restore the dignity and the image of God in those women that she met.

In 1850, Micaela decided to fully commit to the care of these women when she heard the call of God saying ‘It is you that I want in my work’. She left her family, rights, wealth and position in society to set up her first house and found a religious congregation.

Speaking to the sisters about their own vocation, and specifically how they had chosen to join the Adoratrices, I was surprised by the variety of ways that they had come to join the congregation. Some had been attracted by the particular charism of the congregation, others by its focus on Adoration. They describe their call as something that happens little by little and needs to be cultivated. It is not one decision, but a series of decisions that grow and need to be cultivated that leads to a peace of heart and happiness.

The sisters’ work is always focused on the individual, on the woman as ‘the protagonist in her own story’. These women receive an unconditional welcome where they will never be labelled or judged, but treated with great dignity and respect, as you would treat anyone else. The sisters aim to create a family atmosphere of community whilst maintaining confidentiality and professionalism. These principles have been adopted from their founder, and although some practical aspects of their work develop, the way in which the sisters approach and engage with the women they work with remains the same.

In London the Adoratrices run a project called RAHAB that reaches out to women affected by prostitution and victims of human trafficking. The sisters have been invited to share their knowledge and experience, to form part of the team at Caritas Bakhita House, a new safe house in the Diocese for victims of trafficking.