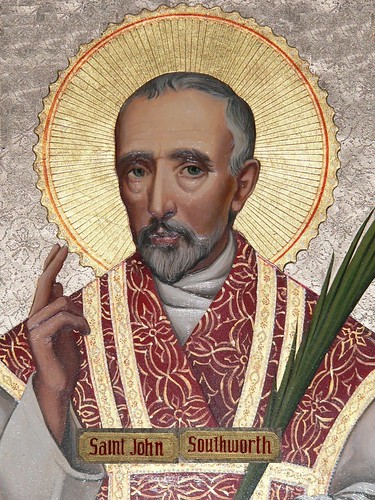 Each year on the 27th of June, the Diocese of Westminster celebrate the feast of St John Southworth, priest and martyr.

John Southworth was born in 1592 at Samlesbury Hall, near Preston in Lancashire, to a recusant Catholic family. He entered the English College in Douai and was ordained a priest in 1618. Returning to England, he ministered in London and Lancashire, with a brief period as chaplain to the Benedictine nuns in Brussels.

John Southworth was first arrested and sentenced to death in 1626 at Lancashire Castle, but reprieved through the efforts of Queen Henrietta Maria, the French wife of King Charles I. He was to be arrested three more times, spending much of the rest of his life effectively on parole. Throughout the 1630's he attended to the plague victims in Westminster, administering the sacraments and helping those in need, thus gaining him the nickname 'The Parish Priest of Westminster.'

In 1654 John Southworth was arrested for the last time, and tried at the Old Bailey. By this stage the courts were weary of executing Catholics and a more lenient sentence was likely. However, refusing to deny his priesthood, John was sentenced to death.

On the 28th of June 1654, John Southworth was hanged, drawn and quartered at Tyburn after a long gallows speech.

“This gallows I look on as His cross which I gladly take to follow my dear Saviour.”

Following his execution, the Spanish Ambassador bought the body for 40 guineas, had it stitched back together and embalmed before returning it to the English College in Douai for veneration. During the war between England and France in 1793, the lead coffin containing the body of John Southworth was buried in an unmarked grave for safe keeping, where it remained hidden until 1927 when the college was demolished to make way for housing.

In 1929 John Southworth was beatified and his major relics were sent to St Edmund's College, Ware, successor of the English College in Douai, before being transferred to Westminster Cathedral in 1930 (pictured below). 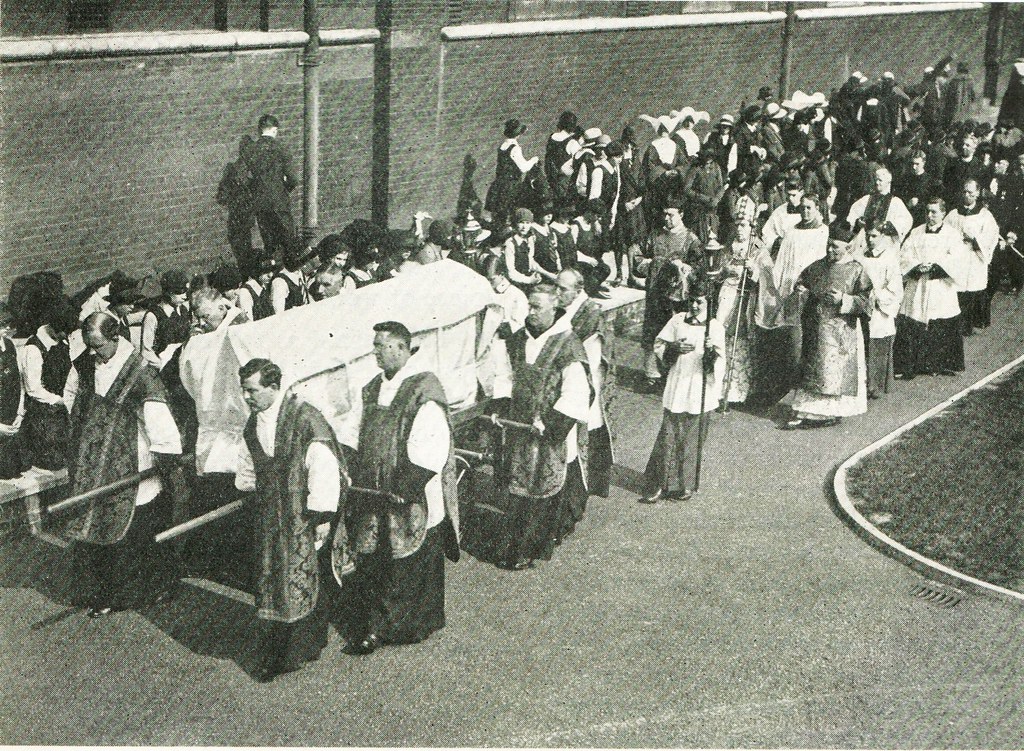 St John Southworth was canonised by Pope Paul VI in 1970 along with the other Forty Martyrs of England and Wales, the names of which adorn the ceiling in the Chapel of St George and the English Saints in Westminster Cathedral, where the body of St John is enshrined.

On Friday the 28th of June, Cardinal Vincent Nichols and diocesan clergy from across England and Wales will gather in Westminster Cathedral at 12 noon, around the body of St John Southworth, for a Mass to celebrate the 450th anniversary of the founding of the English College in Douai.

St John Southworth, patron of clergy in the Diocese of Westminster, pray for us.