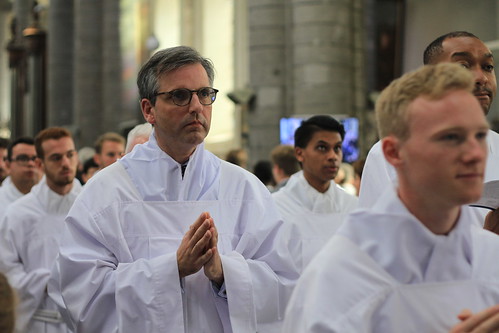 Although I am connected to Allen Hall, at the moment I am not a resident seminarian there. This is because I completed most of my seminary training many years ago at the English College in Rome. I was rapidly approaching ordination at that time but felt unable to take the final step. I subsequently took a break from seminary life which lasted more than twelve years. However, I can honestly say that not a day went by when I did not think about the priesthood. This unresolved desire remained with me as the backdrop to everything I did.

It was a wise spiritual director who encouraged me to explore the continuing feeling of being called and, after being accepted by the diocese to resume my formation, I found myself beginning a pastoral year in Ruislip. Because I had no further academic studies to complete it meant that I could concentrate fully on the pastoral side of things. Life in the presbytery was a good way of reminding me exactly what I was discerning. 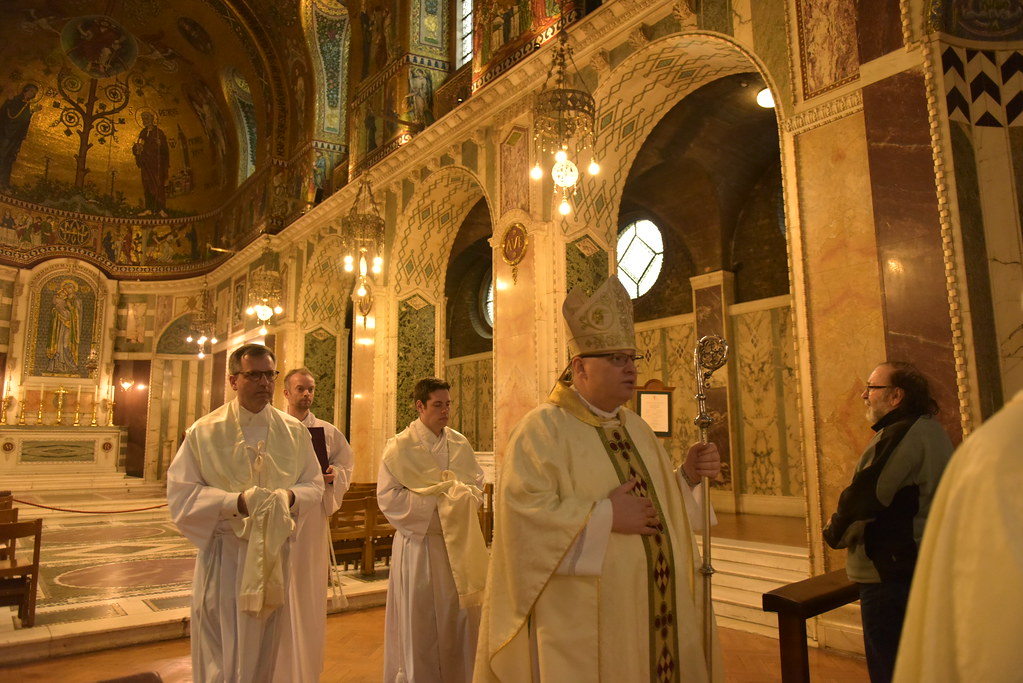 I arrived at the Church of the Sacred Heart on 3rd September 2018, the Feast of St Gregory. Ruislip is a large suburban parish in the London Borough of Hillingdon. It is located about seven miles from Heathrow. There is a long tradition of seminarians on placement so people were familiar with the idea of a student for the priesthood living and working among them. The church has a lively congregation with a weekend Mass attendance of around 1,300 people spread over five different Masses.

I spent the first few days and weeks simply developing a new rhythm of life. I was clear in my mind that a good structure of prayer each day was a vital priority. This happened fairly naturally in terms of the way the parish operates. There is a public recitation of the Rosary followed by Mass and then half an hour of Adoration each morning. I made a commitment to following this routine every day along with the Liturgy of the Hours and my own personal times of prayer and spiritual reading.

One of the things that I greatly appreciated was the fraternal way of life that we enjoyed in the presbytery. Alongside Fr Duncan, the parish priest there was an assistant priest, Fr Sebastian from Kerala. We shared meals together and were able to feed back any issues or concerns that arose from day to day parish living.

An area of parish life that has challenged me but also helped me to grow in confidence is our work with children and young people. My experience of this was more limited and I had a degree of apprehension about how I would deal with aspects of this. Working with both the parish catechist and the youth worker has been a rewarding part of the year. I have been involved with preparation for First Holy Communion and Confirmation. It was good to see the candidates develop through this process. The Confirmation at the end of the year with Bishop John Wilson was a great day for everyone who had been involved.

A further opportunity to develop my role with young people has involved visiting Douai Martyrs Catholic School and working with the lay chaplain there. I began getting to know the school by attending the school Masses and being a visible presence as a seminarian. I was subsequently involved in taking a group of sixth formers on a trip to Westminster Cathedral.

A constant thread during the year has been visiting the sick and the housebound and taking Holy Communion to various people. It has been a privilege to accompany a number of them during the final stages of their life and to witness their very great faith.  I have also enjoyed getting to know the families of the people I visit. This particular ministry has given me a sense of how the priest exercises a genuine spiritual fatherhood in the lives of his parishioners. Accompanying families and individuals at every stage in their lives can create a lasting bond with them.