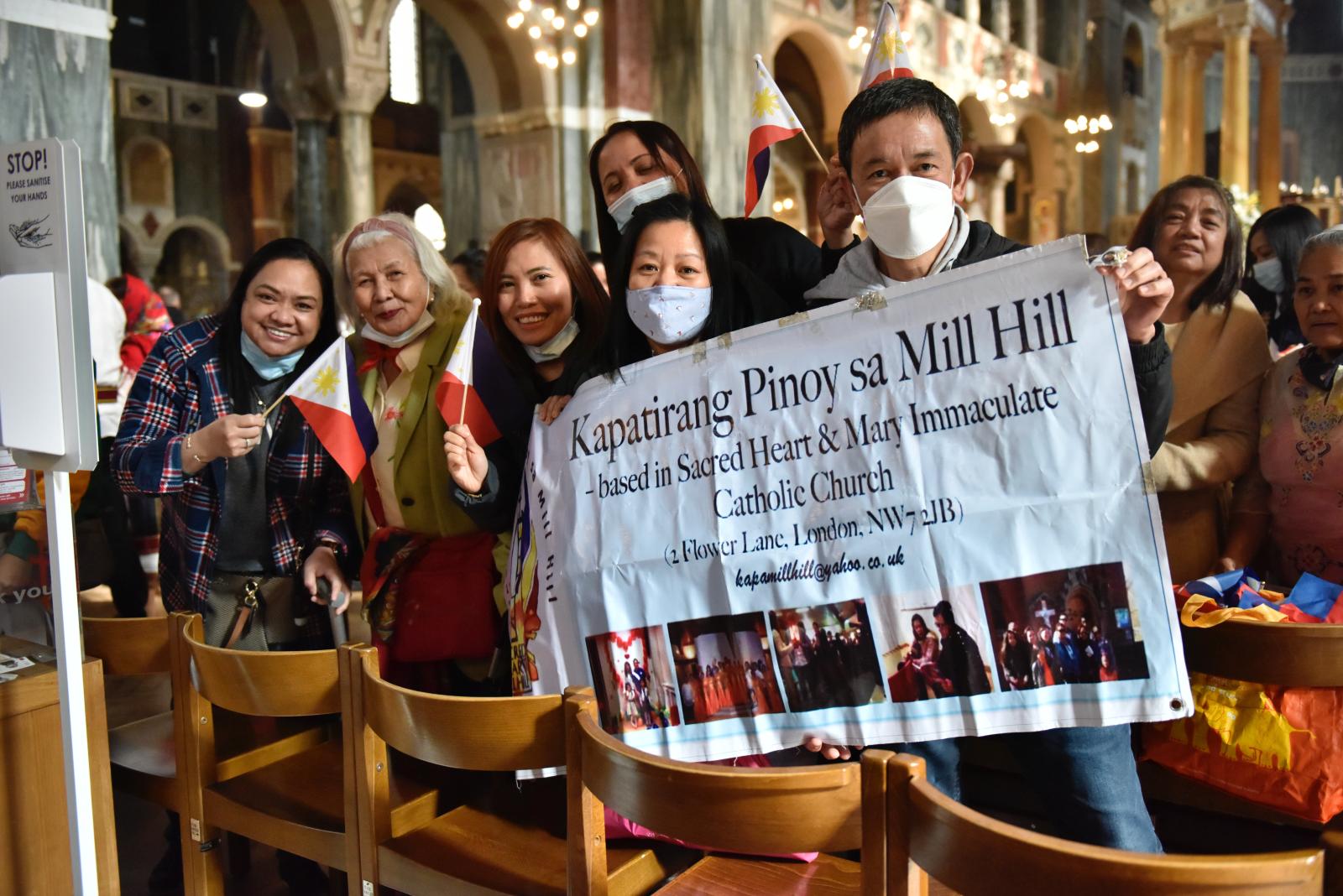 The annual Mass for Migrants on the Feast of St Joseph the Worker, celebrating the significant contribution made by migrants to the life of the Dioceses of Brentwood, Southwark and Westminster, took place in Westminster Cathedral on Bank holiday Monday 2nd May 2022.

Ahead of Mass, members of Ethnic Chaplaincies from all three dioceses took part in a vibrant, colourful banner procession, leading into the Cathedral.

Bishop Michael Campbell OSA was the principal celebrant, along with around 30 Ethnic Chaplains and other priests. Ecumenical guests in choir included the Church of England Bishop of Chelmsford Dr Guli Francis-Dehqani. 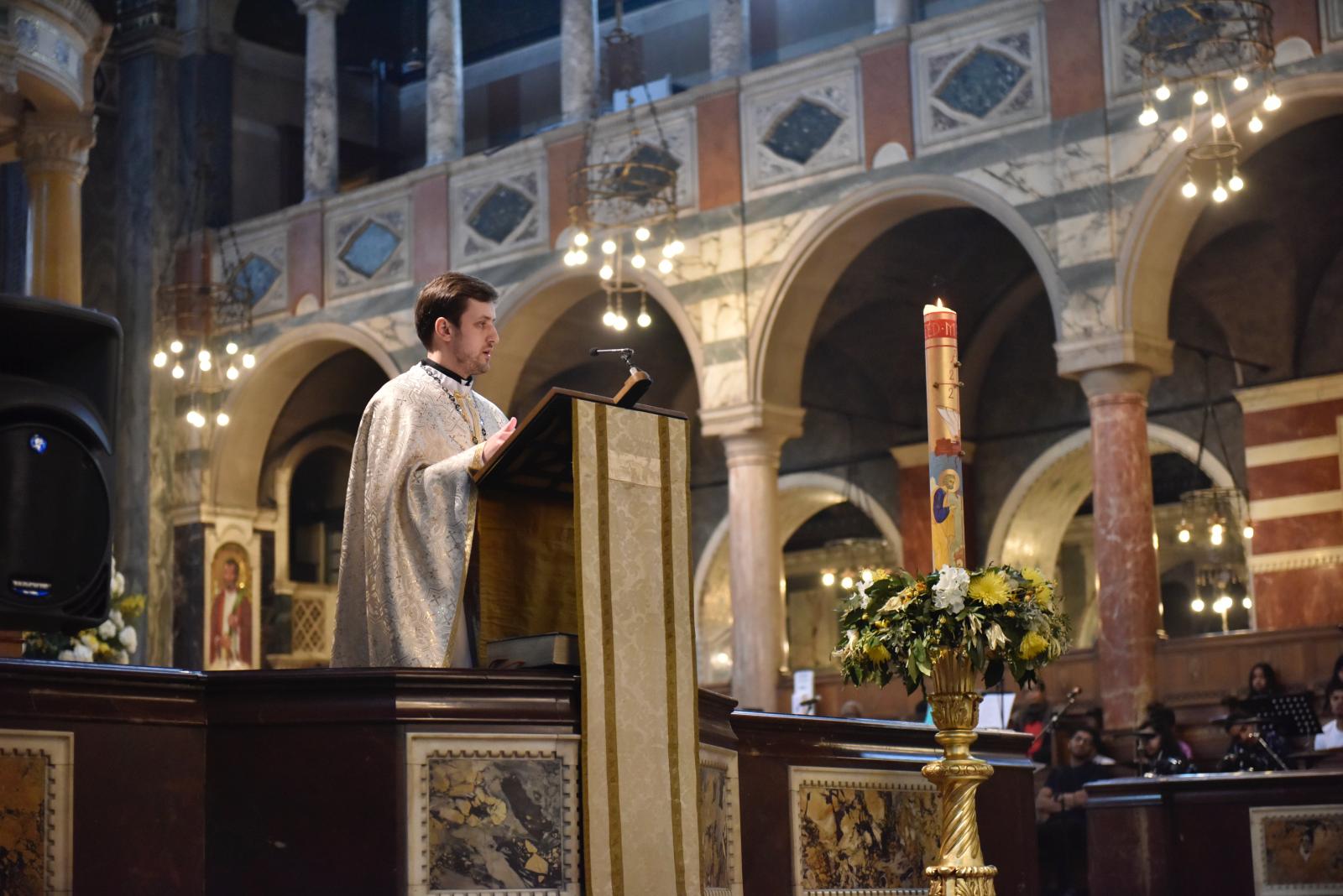 As is customary, there were testimonies from a couple of guests about some of the issues that affect refugees and migrants. This year, there was also a testimony from Fr Andriy Tsyaputa from the Ukrainian community who spoke about the situation in Ukrainian Churches, saying that they ‘are still open and launching large-scale humanitarian help during the war.

‘While others are fleeing, local churches are engaging. They’re bravely rushing to help those in need right now. They’re unstoppable in the face of this crisis. Local believers are visiting those who are fleeing, and sharing God’s love with them.

‘And we all understand that the church in Ukraine is still standing, because of your help. Thank you for praying for Ukraine. Thank you for helping us.' 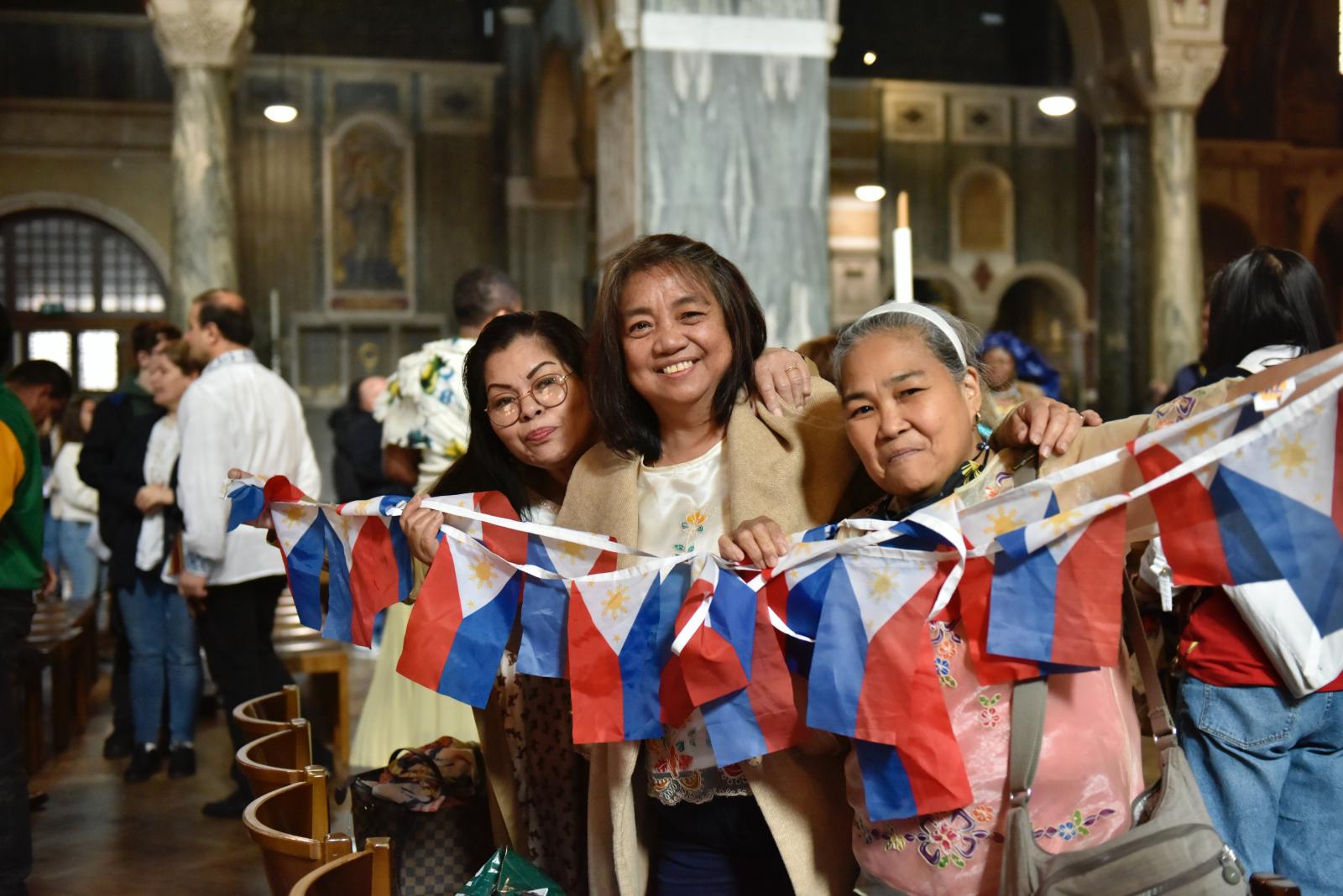 The Mass was organised by the Caritas and Justice and Peace agencies of the three Dioceses, with participation from Ethnic Chaplaincies and London Citizens.

The Migrants Mass has been celebrated every year since 2006, when it was initiated by Cardinal Cormac Murphy-O’Connor, then-Archbishop of Westminster, at the suggestion of London Citizens. The Cardinal called for a more just treatment of migrant workers at that first Mass, an important act of witness.  Every year the Mass is held annually, hosted in turn by one of the three Dioceses of Brentwood, Southwark and Westminster for the feast of St Joseph the Worker as a celebration of the valuable contributions made by so many migrants to the life and economy of London and the surrounding counties. The Mass is also a sign of the Catholic community’s solidarity with refugees and asylum seekers.