Thomas Aquinas: A Saint and Sardines 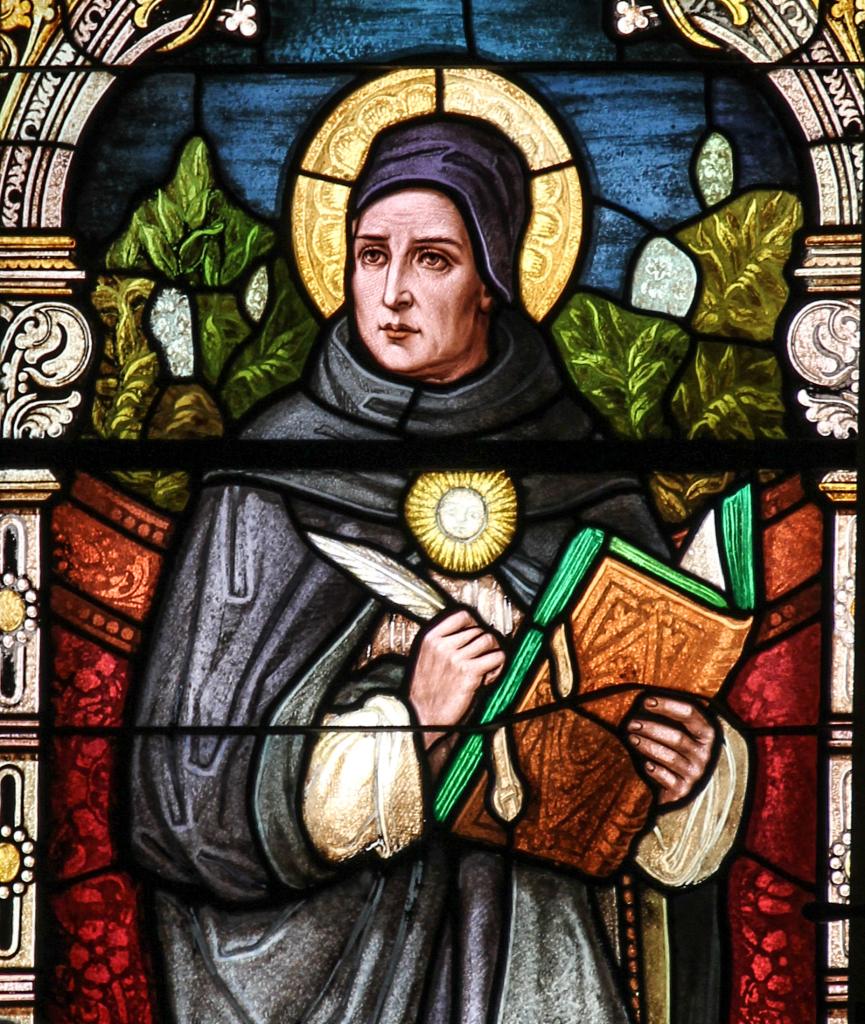 Reprinted with kind permission from GodzDogz

“You have written well of me, Thomas: what gift would you have?”

The figure of the Lord addressed St Thomas Aquinas from the crucifix. This was one of very few mystical experiences in Thomas’ life, though he was a man who made constant recourse to prayer.

When this occurred, Thomas was at the height of his powers as a teacher and thinker. His fame had spread through the universities. His holiness too was already well recognised. This combination of qualities had surely inspired Pope Urban IV’s commission, that Thomas should compose the liturgical office for the newly instituted feast of Corpus Christi.

It was while praying over his teaching on the Holy Eucharist that Thomas experienced the vision we just recounted.

Some years later, very shortly before his death, Thomas fell ill at the home of his niece. He had been travelling to take part in the Council of Lyons, which it was hoped would achieve reconciliation with the Greek Orthodox churches. But his powers had been noticeably diminished for some time. While he lay ailing on his sickbed, it was asked him one day, “What would you like to have, Thomas?” And the saint’s reply came, “Well, I wouldn’t mind some herring.”

Now, one couldn’t come by herring in 13th century Maenza; sardines were the stock fish of that region. So someone was sent to fetch some sardines as a near-substitute. When he arrived at the fish stall, however, and the fishmonger lifted the lid off his sardines he found, not sardines, but herring. And Thomas was most satisfied.

This, remarkably, is one of only a very small handful of miracles in St Thomas’ life which are genuinely attested. Surely, this is beneath the dignity of a saint? How could a man, who wanted nothing but Christ in his prime, have had a craving for kippers at his low edge?

It is one of the jolliest things about the theology of St Thomas, that it leaves us room for liking herring (and kippers and sardines and any other fish that takes your fancy) just as much as for loving God. The reason why is simple: there can be no competition between God and his creation. On the contrary, it is God who created it, God who makes the gift of creation to us. Without God, there would be no herring. When we enjoy herring, we are receiving a gift from God. Does not St Paul tell us that all food is acceptable, just so long as we give thanks for it?

“You open wide your hand, and satisfy the hunger of every living thing”: so runs the Dominican grace before meals. What’s equally important about Thomas’ teaching, is that it tells us not to stop at physical hunger. We humans should be hungry for the Giver also, so hungry that we can say with Thomas, “I want nothing but you, Lord”. For God will give us even that. He will give us Himself, and He will even give us Himself in the form of food.

Next time you receive Holy Communion, give some thought to St Thomas, and give thanks to God for all His good gifts.