The Polish Catholic Mission in London 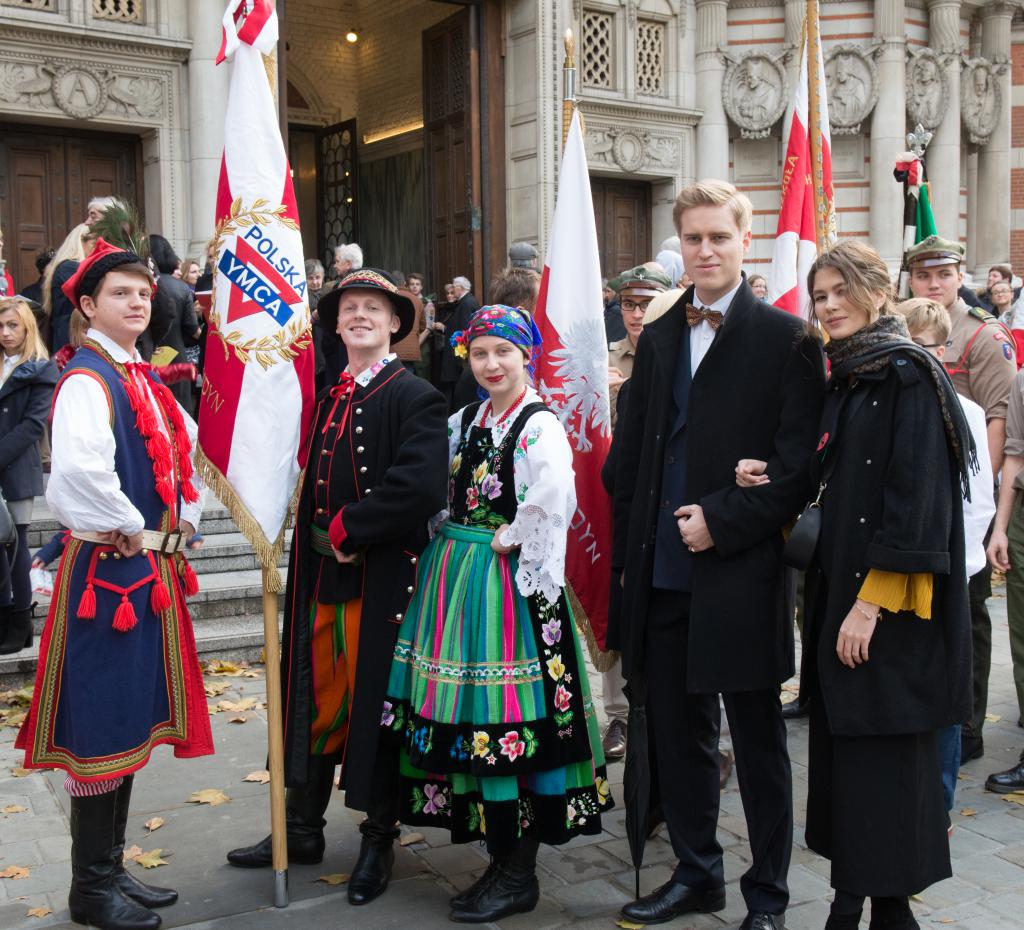 2018 sees not only the centenary of the Armistice but also the new political order that emerged in Europe after the collapse of four mighty Empires. The period saw new nations being proclaimed and borders being drawn, and, unsurprisingly, the process could often be violent. This year sees the centenary of ‘modern’ Poland; as the gunfire ceased across Europe, the Second Polish Republic was declared, formed out of parts of Austrian, German and Russian territory.

Our parishes are proud to include many people of Polish origin, but many may be surprised at the long history of this community in London.
A number of Polish priests worked in nineteenth century London for the pockets of Polish exiles, many of whom spoke little English and lived in great poverty. One of them, Fr Emeryk Podelski, used a chapel in Sutton Street, Soho, and accompanied a hundred of his flock to fight the Russians during the Crimean War (1853-56), most of whom joined the Turkish army (who were allied with Britain and France). Fr Podelski returned from his adventures and was eventually buried at St Mary’s Cemetery, Kensal Green.

In 1867, with the support of the Archbishop of Westminster, a committee of Polish exiles acquired a property at 110 Gower Street for a Polish chapel, library and meeting rooms. For the next decade this would act as the first Polish centre in Great Britain.

The Polish community attracted much attention after its chaplain, Fr Bakonowski, was attacked while celebrating Mass at the Italian Church in January 1880. A ‘Swiss anarchist’ fired at him five times as he stood at the altar and when another priest threw himself upon the assailant, he was found to have a revolver and a poisoned dagger on his person. Fortunately, no-one was seriously hurt but the shocking news spread far and wide and caused much sympathy.

The number of Polish immigrants continued to grow; in 1886 two older organisations were merged to form the Polish Society in London and by 1890 there were about 1,000 Poles in the capital, many of whom settled in Whitechapel. Appeals were made that a more permanent Polish Catholic Mission be founded. This was formally set up at 313 Mile End Road in 1894, with Fr Antony Lechert of the Missionaries of Divine Love as chaplain. By 1896 an old stable had been purchased on Cambridge Road, Bethnal Green, to be transformed into the Church of St Joseph and St Casimir.

Fr Lechert also worked as spiritual director to the Polish Sisters of the Holy Family, who set up a convent in Mile End in 1895 and did much important work with children, the sick and the elderly. These religious women, despite facing many challenges, are seen just as much as the founders of London’s Polish Mission as the chaplains.

Over subsequent years, there were many changes in personnel and address. There were tensions within the community, too, and in 1901 a separate chapel was established for the Lithuanians (for centuries the Poles and the Lithuanians had been united under one Commonwealth but they were both distinct ‘nations’). During the First World War the chaplains had to look after not only the new groups of immigrants but the many Polish prisoners-of-war who were interned at Alexandra Palace, Clay Hill, Feltham, Potters Bar and elsewhere. Poland, let us remember, still did not exist in its own right and so Poles found themselves fighting in the Austrian, German and Russian armies.

The declaration of a newly-independent Poland in 1918 was the cause of much celebration and led many immigrants to return home, where, almost immediately, they had to face the Polish-Soviet War (1919-21). Meanwhile in London, progress was slow, especially given the financial instability of the inter-war years and the devaluation of the pound. However, in 1928, a redundant Swedenborgian church in Devonia Street, Islington, was put on sale to a Christian denomination at the ‘bargain’ price of £4,000. The Polish Mission was able to complete the purchase and the Church of Our Lady of Częstochowa and St Casimir was consecrated on 12th October 1930 by Cardinal Hlond, Primate of Poland, in the presence of Cardinal Bourne.

At last, London’s Polish community had a permanent religious home.