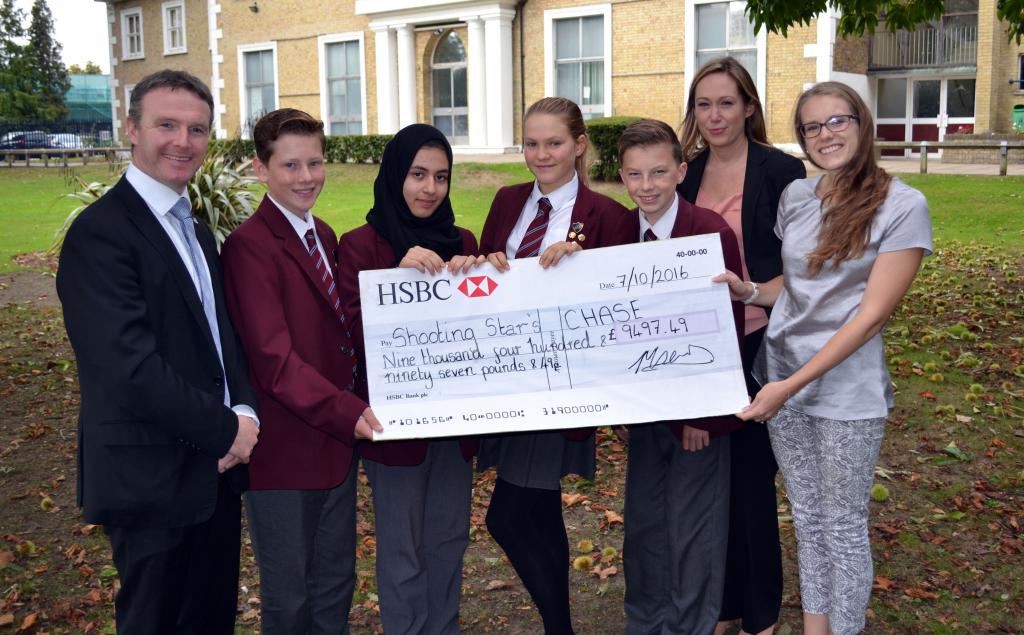 St Paul’s Catholic College in Sunbury over the last year has been raising funds for its nominated charity, Shooting Star Chase Hospice for Children. On Friday 7 October the Headteacher, James McNulty and Deputy Headteacher, Louisa Davies, together with the members of the Student Leadership Team were delighted to present Ellie Christianson from Shooting Star Chase with a cheque for just under £10,000.  St Paul’s main fundraising event is the annual sponsored walk held in March, where the whole school participates and completes a 5km walk around Kempton Park, who loan their grounds out to the students every year to support worthwhile causes. As well as this, the students raise funds by organising a multitude of activities such as cake sales and a Sixth Form charity football match.

The charity was thrilled to receive the donation from the school which will really benefit the lives of those at the hospice. Ellie Christianson explained that the charity arranges breaks away for children who have life-limiting conditions and that this money would certainly make a difference for these young people and their families.