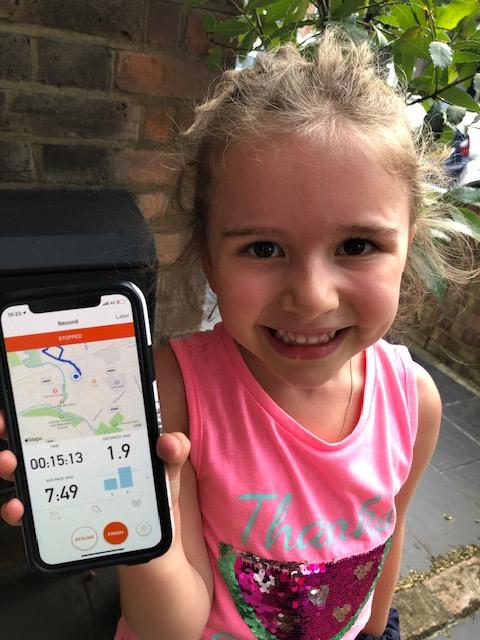 Pupils and staff at St Benedict’s School in Ealing have raised almost £3,000 for the Trussell Trust, a charity which runs a network of foodbanks in the UK.

Children in all year groups at the school, from nursery to the Sixth Form, have completed sponsored runs in their local neighbourhoods to raise funds for the Trussell Trust. Many foodbanks in this network have seen a significant increase in demand during the coronavirus crisis.

The pupils at St Benedict’s have all been following the school's normal timetable throughout the lockdown and completed the sponsored runs during their allocated games lessons.

All junior and senior school pupils were given a target of 1,195 miles to cover collectively. This is the distance from Ealing to Montecassino in Italy, where St Benedict established his monastery in the 6th century. In fact, the pupils ran further than this target, covering a total distance of around 2,500 miles between them.

‘This was a combined effort, taking place over one week, with everyone tracking their exercise and finding sponsors. Many joined our Strava group which has been a great way to keep friendly competition. We’ve been very impressed by the outstanding efforts of the children each week to keep themselves fit and healthy, raising such an incredible sum for a very worthwhile cause in the process.’