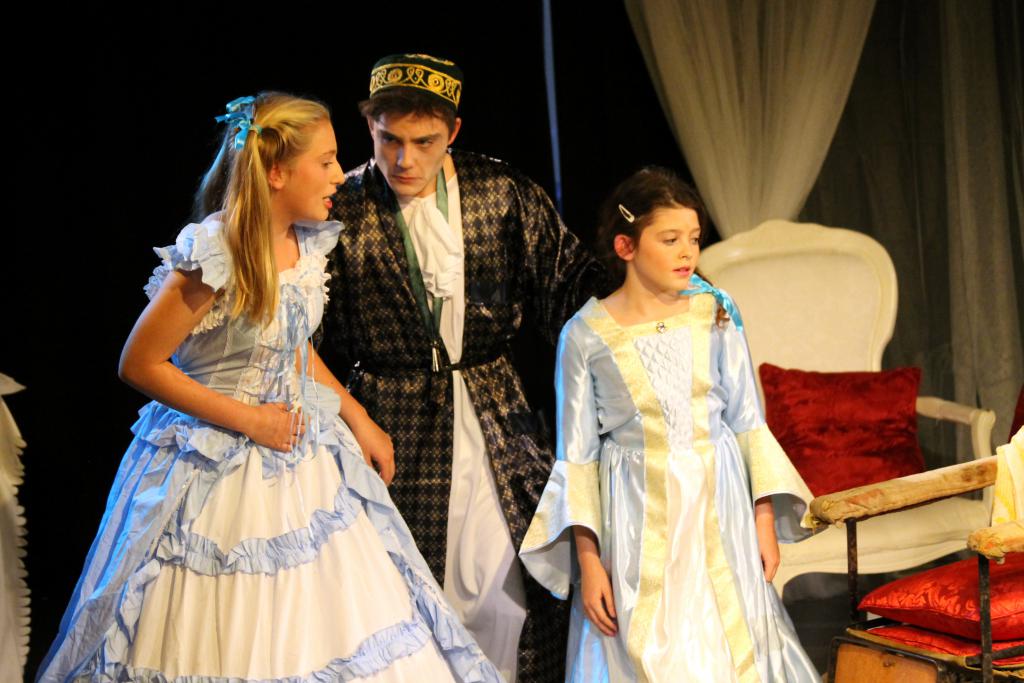 Mrs Payne chose the play because 'it’s one of Molière’s most cutting pieces, with all its jibes at the medical profession and its scathing portrayal of Argan, a chronic hypochondriac. It is also a complete blend of sixteenth century traditions: high comedy, ‘ballet de la cour’ and Italian ‘commedia dell arte’. As a farce it was right at the top of my list.'

Argan was played to perfection by Year 11 student Jago Di Piro, who produced a larger than life character, learning hundreds of lines in French, all while coughing, kicking, spluttering and being constantly tormented by his maid. He even manages to beat confessions out of his two youngest daughters played by Sophie Slaughter and Coralie Payne. The audience was just crying with laughter!

The young lovers, Argan’s eldest daughter, Angelique, and the handsome Cléante, were played by Vinciane Allicar and Alex Szczech. They delivered a wonderful romantic duet but things got complicated when Angelique’s intended husband turned up with his father. A love triangle ensued, with a hilarious father-son duo superbly played by Oskar Szlachetko and Stuart McEachern. Argan’s gold-digging second wife, Béline, was performed with great wit by Waad Baayou.

As with most of Molière’s plays, it is the servant, here the wise and sexy Toinette, who sets everybody straight in the end. Dea Omari delivered a strong and convincing Toinette, and succeeded in pairing up the young lovers. Pupils of all ages were involved in several dances, including a prologue, a doctor’s dance, a minuet and a high energy can-can. Dressed as an Eiffel Tower, Rosalind Sheehan performed a vocal solo in French.

Mrs Payne and Mr Gee were delighted with the performances: 'The pupils’ outstanding linguistic talent in French certainly did the MFL department proud. The combination of music, dance and drama and Molière’s brilliant wit in ‘Le MaladeImaginaire’ was just what the doctor ordered for a fun evening at St Benedict’s. Tears and laughter were intermingled in an audience full of both pride and emotion.'