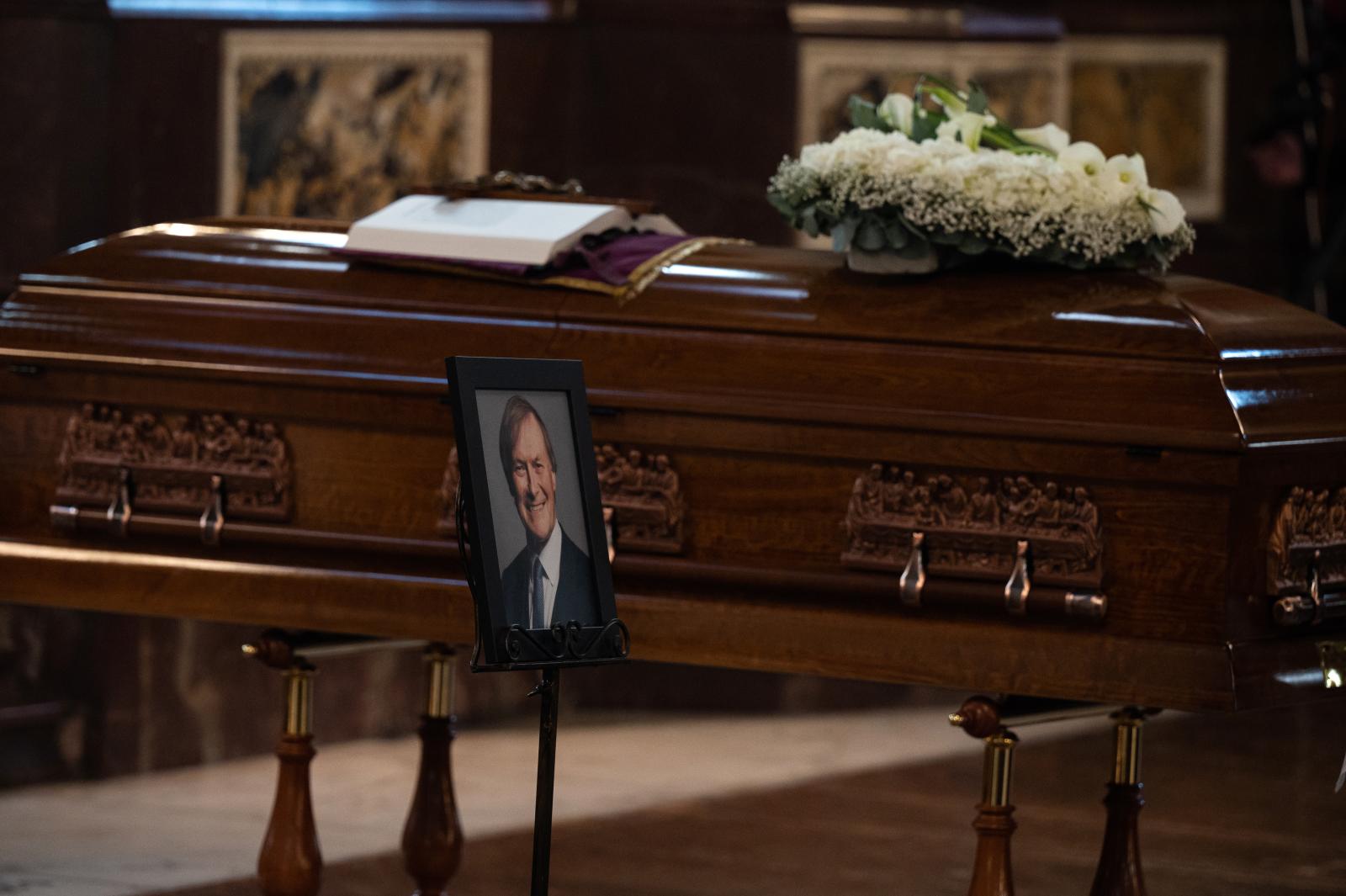 Eulogy given at the Funeral Mass of Sir David Amess on 23rd November 2021, by Rt Hon Ann Widdecombe DSG at Westminster Cathedral 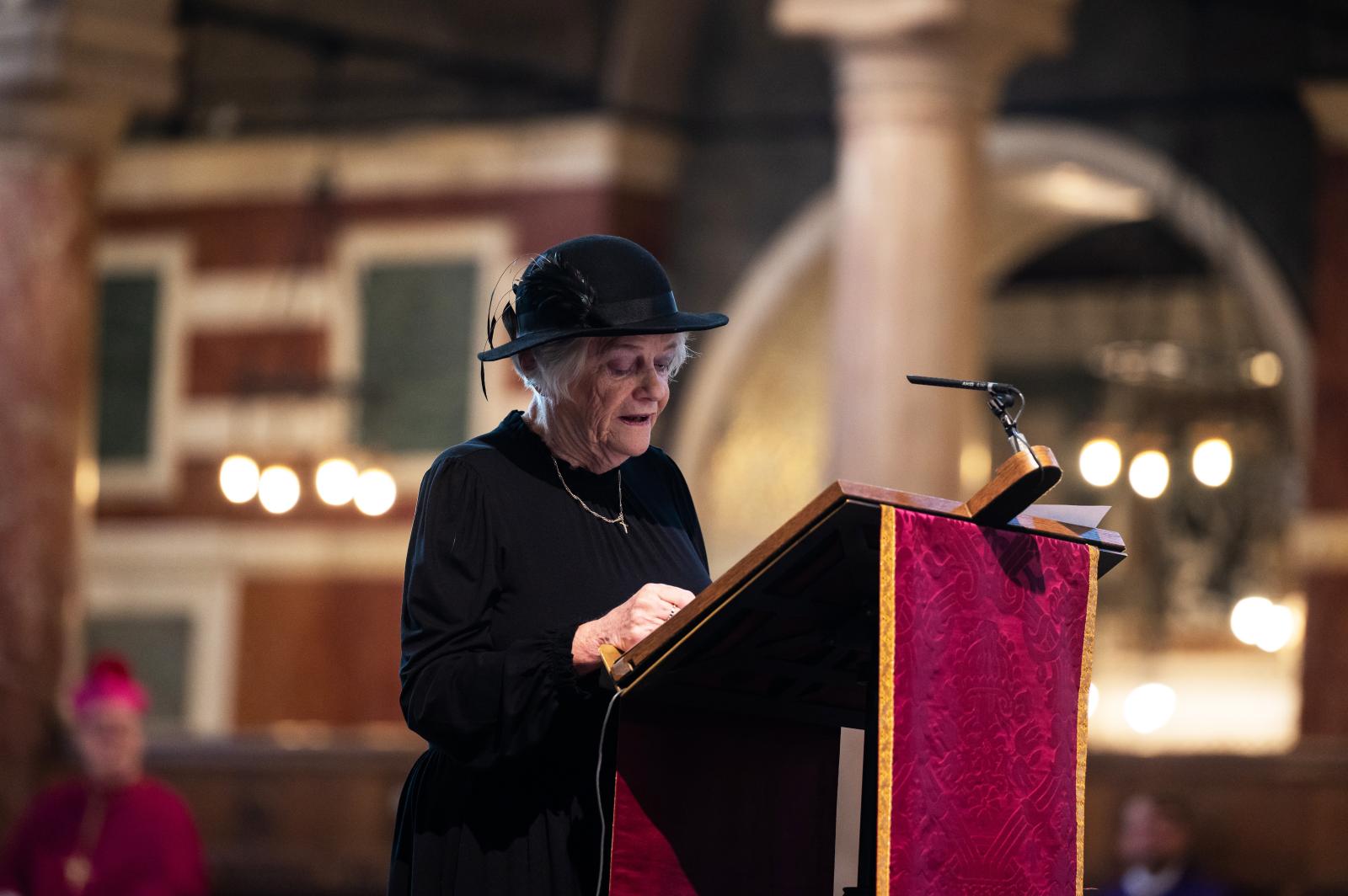 David Anthony Andrew Amess was born in and grew up in the East End of London. The son of an electrician and a seamstress, David absorbed a stringent work ethic from his earliest years but his passion was always politics and he studied economics and government at Bournemouth University before being elected as a Conservative Councillor in Redbridge in 1982 and then a year later as MP for Basildon, entering the House of Commons in 1983. It was a heady time for a new Conservative MP with the Tory benches crowded and upbeat, basking in a majority of 144, the largest since the Labour victory in 1945.

But an even brighter day beckoned that year when David and Julia were married by Father, now Canon, Pat Browne as we have heard, here at Westminster Cathedral. Being David he did not want the occasion to be understated and his bride arrived here in a beautiful horse-drawn carriage. When I saw the video many years later, I asked him where he had got the horse and carriage and he replied that he was just passing by the Royal Mews one day and went in and asked. Well, if anybody else had told me that I would not have believed it but with David who knows?

As Father Browne has said he baptised all David’s five children in the crypt of the House of Commons, a place of wonderful memories for David and that is where he lay last night.

As an MP he was indefatigable and uncompromising. As a former Conservative Chief Whip said, David took two whips: the Conservative one and the Catholic one but fortunately they rarely clashed. In later years of course David was to lead the All Party Parliamentary Group for the Holy See.

David was an ardent pro-lifer and campaigner against abortion and that was how we became such close friends after I joined him on the green benches in 1987 and in the days of the all night sittings he, Ken Hargreaves, David Alton and I spent a lot of time in the early hours in the Pugin Room planning our tactics and diminishing the House’s supply of Scotch.

Meanwhile he was pursuing his other causes with huge vigour. A backbencher, he piloted two bills on to the statute book, one within five years of arriving in Parliament. The first of these, the Protection Against Cruel Tethering Act, saw David arrive at Parliament on horseback. Given that he could not ride and that the traffic was quite heavy, I admired his courage. He looked surprised, assuring me that it was quite easy: one just sat on the horse.

In the House of Commons we did not refer to other MPs by name but by constituency and many was the time when we would hastily look up where the Member sat for but that was never the case with David. His name became synonymous with Basildon. He took ten minute rule bills for Basildon, mentioned Basildon in numerous questions to the Prime Minister, raised debates about Basildon and campaigned endlessly for its charities. But it was a marginal seat.

It is said that everyone of a certain generation remembers where they were when they heard that President Kennedy had been assassinated and those of a later generation remember where they were when they heard Margaret Thatcher had been deposed. Those of us who were fighting for the Tories in 1992 in a general election we thought we were certain to lose can remember where we were when we heard that the Conservatives had won Basildon, the first bellweather marginal to be declared.

But the boundaries commission succeeded where the opposition had failed and David moved to Southend, a seat he then represented for 24 years with undiminished enthusiasm, campaigning for it to have city status, finally achieving in death what he had striven so hard for in life.

He did not climb the career pole at Westminster, was never a whip or a minister, but his enormous knowledge of and respect for parliamentary procedures and traditions led to his appointment to the Speakers’ Panel, chairing committees and debates. He was scrupulously fair and always courteous.

Indeed, however robust, emphatic and unyielding David could be in debate where he never knowingly understated a case, he always maintained that courtesy. Once I saw him give way to a newish Labour MP, who then forgot what she was going to say. David immediately began to recap what he had been talking about until something jogged her memory and the intervention went ahead. Courtesy begets courtesy and next day there was a note from the Labour MP in his pigeon hole, thanking him for helping her memory.

More than anybody I have known, David Amess had an intense interest in people. No waiter could take an order without first giving an account of his life history, it was impossible to tear him away from a function because he always wanted to talk to someone else and as a consequence was always late for everything. But also as a consequence he was greatly loved and respected and it was no surprise when the doormen of the House of Commons, whose individual life histories he probably knew as well as his own, said they wanted to form a guard of honour today.

His interest in people was matched by his interest in animals. Julia never quite knew what species would be residing in their house or garden next. Where other MPs filled their offices with filing cabinets, conference tables and computers, David filled his with aquariums and bird cages. The inhabitants were illegal on the parliamentary estate but such was the affection in which David was held that not even the long suffering cleaners and security men reported him.

Above all, David Amess was known for his sense of humour. The man with the permanent grin. When I first knew him he was much given to practical jokes. On one occasion a group of pro- life MPs had gathered in the home of Ken Hargreaves, then MP for Hyndburn, when the phone went. Ken was not in the room so David picked it up and we all heard a voice say ‘Is that the MP?’ ‘Yes,’ said David and then proceeded to advise the constituent about the defects of what he described as ‘this rotten, lousy, Labour government’ for a good twenty minutes and Ken, who might have used somewhat milder descriptions, never knew he had been impersonated.

His energy never diminished and he was determined to stay on in Parliament until he became Father of the House and could thus be called first in any debate and wear down the government into making Southend a city. Yet despite that resolution to continue he hated the passing of the parliamentary procedures and traditions which had been a constant in his first fourteen years there and he never really came to terms with the scale of the Conservative defeat of 1997. In his last text to me he said rather ruefully that he supposed he must learn to stop living in the past. None of us could then know that his future was to be so abruptly cut off.

In his last days in a Roman prison awaiting execution, St Paul wrote: ‘I have fought the good fight, I have kept the faith, I have finished my course.’ David Amess fought many good fights, he certainly kept the faith and now, sadly for those left behind but gloriously for him in Heaven, David Amess has finished his course.