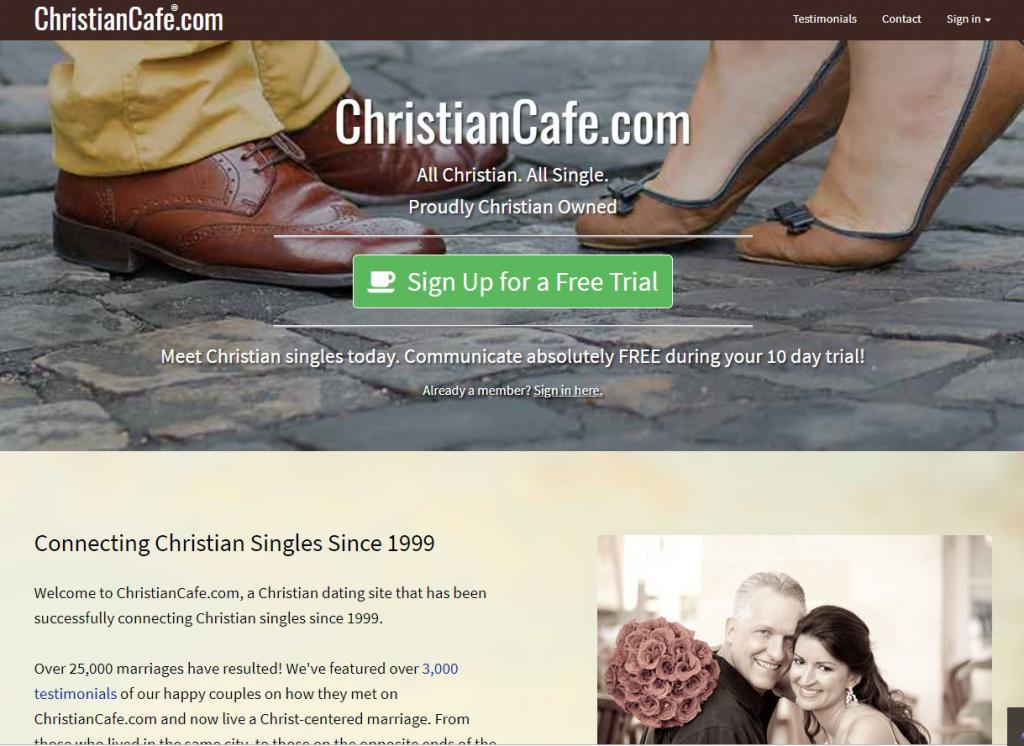 I am no stranger to dating apps. I am single, 24, and I live in London, very much the target audience. I am also a Catholic who has only ever used secular dating apps. So when my friend and sometime colleague asked me to review a Christian dating app for her I agreed immediately. I am outgoing and chatty and had enjoyed a number of fun and interesting conversations with dates I had met through the secular apps, and I saw no reason for a Christian one to be any different. I thought this would therefore be a good excuse to dip my toe into the world of Christian dating.

Before I go any further, I don’t want my experience to put you off. I would recommend online dating to anyone: I have had a wonderful, positive experience that has taught me a lot about myself. However, I would not recommend Christian Café.

When my friend first gave me the name ‘Christian Café’ I opened up the app store and typed in the name, only to realise that it was not an app, but an actual website. I would have to log in on my browser, which is unfamiliar territory for a millennial. This was the first sign that perhaps CC wasn’t for me. The site offers a seven-day free trial, with an extra three days free if you upload a photo. Plenty of time for me to explore using it without getting tied into a subscription, the cheapest of which was for Dollar 30 a month, all the way up to 99.95 Dollars for six months.

The first thing the site asks is if I am free to be in a relationship, that is, not still married to someone else. Then I would be allowed to upload photos, which can’t show too much skin or imagery and have to be moderated before they are added to my profile. Previously when filling in profiles I have had a lot of fun, answering questions and thinking about the kind of person I am. On Christian Café it felt a bit more like talking to a prospective mother-in-law. How tall are you? How many children do you want? What do you earn? A favourite was the ‘what is your fashion sense’ question, which according to the handful of people I asked is best described as ‘funky’, something that I was not willing to put on this profile. (In the end I settled for ‘depends on my mood’.) After that there were several long-answer questions, which ranged from the normal what is your ideal date to the intrusive why did your last relationship break down. I filled in enough information to give potential matches a feel for my personality, without disclosing my whole life.

Then I began to explore what, I felt sure, would be the plethora of young Christian men on this site. Alas, there were four aged 25-31 in the whole of the Southeast of England. The site offers me the choice of ‘winking’ at them or emailing them. I wink at all four and call it a day.

One of the things that the site boasts is its international appeal (CC is based in USA), bringing Christians together from across the world, and this certainly was true of my inbox the next day. Some well-intentioned and ultimately harmless middle aged men, and older, from all over the world had either ‘winked’ at me, or left me a message detailing how they thought I looked like a ‘charming young woman’ and would be delighted if I gave them the ‘privilege of getting to know you better’. This became a theme. It took five days for me to get a message from someone in the UK.

The site offers very little in the way of filtering. I could not filter who sees my profile and the site did not make it easy for me to narrow down who I wanted to see and it certainly did not do it automatically. One useful feature was that it shows when people were last online. However, for me this meant I could see when the four people I had wanted to reach out to had read my messages and not replied.

The messaging function itself worked fine, once I realised I couldn’t swear or give away any personal information. I did begin talking to a guy from Winchester, and we have moved on to email, which I would consider a success. I am relieved, as halfway through I was beginning to think that Russell, 73, from Nevada would be my only ‘match’.

Christian Café felt like a website from 2002, and most people on the site looked as though they would be more at home on a website from 2002. It had little to offer me as a young woman, either in the way of dates or an enjoyable user experience.