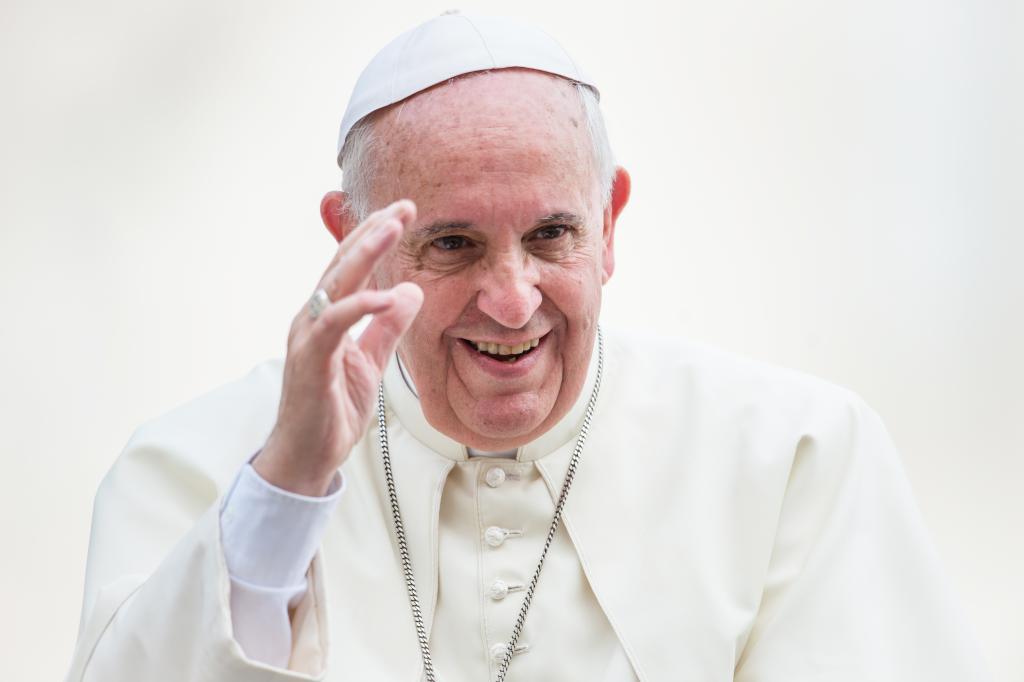 In this month of October, Pope Francis has asked us to pray with him: That all workers may receive respect and protection of their rights, and that the unemployed may receive the opportunity to contribute to the common good. You might recognise how this Intention echoes key concerns of our Catholic social teaching, first promoted over a century ago but, of course, present in the Gospels in the teaching and practice of Jesus himself. The rights of workers concerned Pope Pius in 1891, in a ground-breaking document called Rerum Novarum (Of new things), while the idea of the common good, a key principle of Catholic thinking, has once again become known recently. As we look at our world, as the Holy Father does, we can see plainly just how much the concept of the common good, which embraces the promotion of human dignity, is needed at this time.

Pope Francis explained, in a 2014 address to workers and managers at an Italian steel-mill, that the ‘primary value of work is the good of the human person since it fulfils him as such, with his inner talents and his intellectual, creative and physical abilities. Hence the scope of work is not only profit and economics; its purpose above all regards man and his dignity. Man’s dignity is tied to work.’ The serious problem of unemployment, particularly among Europe’s young, arises when the system is geared too much to profit and not enough to human dignity; profit can’t be the only value. When any human person is denied the fulfilling dignity of work, they are excluded and the common good is not achieved. Solidarity, another key principle of our social teaching, is threatened. Pope Francis has said that the word solidarity risks vanishing from the dictionary!

Some people, including prominent politicians, from time to time, suggest that the Church, its pastors and its leaders have no business getting involved in politics and economics, or that our involvement should be selective, i.e., in some issues but not others. There are others again who suggest that certain key issues should be the only ones that should concern Catholics, thus ignoring not only our social teaching tradition of solidarity and compassion when it suits them but also the very words and practice of Jesus himself. Such a temptation, for that is what it is, will have its appeal in many ways to many of us. One way of opposing that temptation is to make ourselves aware, each month, of the Pope’s Intention concerning the challenges that face humanity and by making a daily offering of ourselves, united to his intention and to the Heart of Christ, that the wold might become more just, more good and more sacred.

Prayer moment: Ask God’s Spirit to lead you to a place of interior calm and silence within yourself, and of external quiet too, if possible, away from some of the noise of everyday life. Let God’s gaze upon you and on the world become a reality for you, now. Place yourself, in your imagination, among the unemployed people of our world, particularly the younger generations. Ask the Spirit to unveil for you just how their human, God-given dignity is destroyed by unemployment, which throws them on the scrapheap in the name of profit. Ask for the grace of compassion and even of righteous anger for this sin, to guard against ignoring it.

Reflection moment: Ponder if I’ve ever been in a situation where workers’ rights, and the right to work, have been damaged or destroyed. Was I the one to suffer or was it someone I know, perhaps a family member? What action could I have taken or might I take in the future? I could reflect on whether I feel powerless and unable to act, or whether there might be ways in which I could stand up against this sin, for example, by refusing to deal with companies who remove people’s dignity by scrapping their jobs in the name of sheer profit.

Ways of Praying with the Pope:

From the beginning of October our Living Prayer 2018 booklets and our 2018 wall-calendars will be available. Each has lovely pictures of churches around the world dedicated to the Heart of Christ, the Sacred Heart, and details of liturgical feasts and the Pope’s Intentions. Online we have lots of good material on our website www.popesglobalprayer.net and there’s our new daily prayer App on www.clicktopray.org. You can use this App to pray, each day, on your smart-phone or tablet! Several different prayer-cards, including our popular Daily Prayer Pathway, are available free of charge (but with a small donation, if possible, towards P&P) by leaving a message on 020 8442 5232 or 074 3259 1117.