Over 100 priests and bishops gather to remember deceased clergy 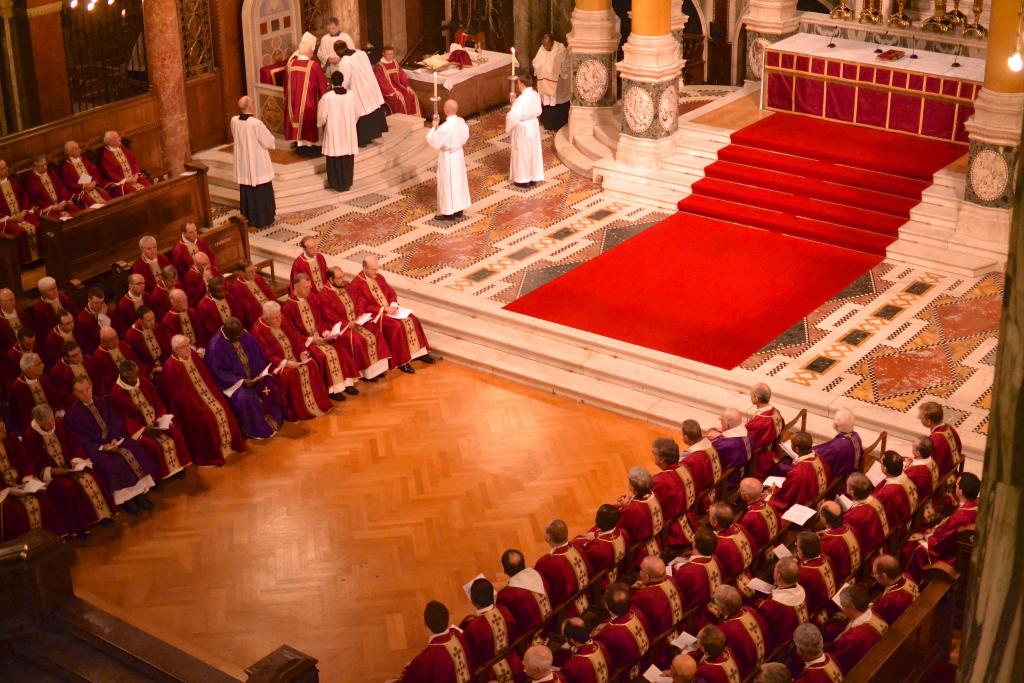 The Most Rev. Vincent Nichols, Archbishop of Westminster, offered a Requiem Mass on 20 November at Westminster Cathedral for the deceased clergy of the Diocese, concelebrated by over 100 other priests and bishops.

The Archbishop began Mass naming ten diocesan priests and deacons who had died in the previous year.

The homily was given by Monsignor John Wilson, Apostolic Administrator of the Diocese of Leeds. In his homily he spoke of the service given by deceased clergy during their ministry:

“It is right and just that we gather to remember the lives of Bishops, Priests and Deacons who served this diocese. These men, so often assisting others in times of grief, we now pray become one with Christ in his resurrection.”

Mgr John also reflected on the importance of remembering the deceased with particular care when celebrating Mass:

“It is here at the Altar that our prayers for the dead are most poignant, not because of us but because of Christ. We consume Christ so as to participate in his life now and forever...This is the most fulfilling epitaph for any Christian.  We offer for them his sacrifice: the bread of life and the cup of eternal salvation.”

In attendance were Cardinal Cormac Murphy-O’Connor, Archbishop Emeritus of Westminster; Archbishop Augustine Di Noia OP, Adjunct Secretary of the Congregation for the Doctrine of the Faith; and the Rt. Rev. John Arnold, Auxiliary Bishop of Westminster.