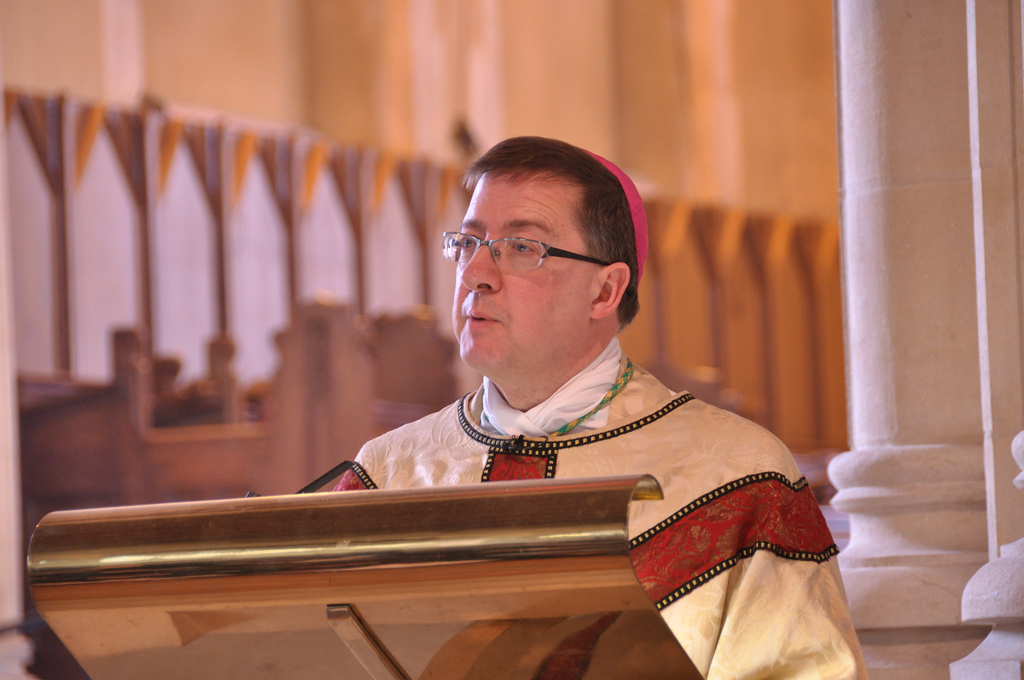 On 3 February 2015, MPs voted to amend the Human Fertilisation and Embryology Act 2008 to allow the creation of human embryos using the DNA of three people. Bishop John Sherrington, from the Bishops’ Conference department for Christian Responsibility and Citizenship, issued the following statement:

Despite the genuine and considerable concerns of many people, the decision of Parliament is clear on this issue. Whilst the Church recognises the suffering that mitochondrial diseases bring and hopes that alternative methods of treatment can be found, it remains opposed on principle to these procedures where the destruction of human embryos is part of the process. This is about a human life with potential, arising from a father and a mother, being used as disposable material. The human embryo is a new human life with potential; it should be respected and protected from the moment of conception and not used as disposable material.

Department for Christian Responsibility and Citizenship

Prior to the vote, on 30 January Bishop John had issued the following statement on behalf of the Bishops' Conference.

Many people are rightly concerned about the profound implications of Parliament passing regulations under the Human Fertilisation and Embryology Act to licence the creation of human embryos using the DNA of three people. These are regulations for the transfer of 'nuclear DNA' into an egg or an embryo to modify its genetic identity.  No other country has allowed this procedure and the international scientific community is not convinced that the procedure is safe and effective. It seems extraordinary that a licence should be sought for a radical new technique affecting future generations without first conducting a clinical trial. There are also serious ethical objections to this procedure which involves the destruction of human embryos as part of the process. The human embryo is a new human life, and it should be respected and protected  from the moment of  conception. This is a very serious step which Parliament should not rush into taking.

The Anscombe Bioethics Centre has also produced a briefing note in full below:

What the regulations permit

The regulations are entitled ‘mitochondrial donation’ but the processes they permit (Regulations 4 and 7) are the removal and insertion of ‘nuclear DNA’ out of and into an egg or an embryo. Note also that these techniques would not treat mitochondrial disease in any existing person but aim to produce children who are genetically related to the birth mother but free of her inherited condition.

The possibility of extending the HFE Act by regulations was included in the Act with the assurance that such regulations would only be enacted ‘once it was clear that the scientific procedures involved were effective and safe’.

Though prominent scientists in the United Kingdom are keen to press ahead, the international scientific community as a whole is not convinced that safety and efficacy has been shown. It is particularly significant that the FDA does not yet consider ‘mitochondrial donation’ to be safe.1

In at least some cases the FDA has been right to be more cautious than the UK. When Thalidomide was in widespread clinical use in the UK it was not approved by the FDA for use in the USA.

Those who were MPs in 2008 should also recall the unfulfilled claims made by scientists in Newcastle for the efficacy of ‘animal-human hybrid’ embryos to find treatments for various conditions. Note that the present experimental techniques will affect not only embryos but also women and children.

Even though ‘mitochondrial donation’ (that is, replacement of nuclear DNA) has not been shown to be safe or effective in human beings, the government proposes to license these techniques directly for treatment without first gaining safety data from a clinical trial. It has been stated specifically that these techniques will not be licensed “with the objective of ascertaining… safety and/or efficacy”.

Each MP must consider whether he or she has confidence that replacement of nuclear DNA has been shown to be effective and safe, and each must take responsibility for this decision.

This responsibility should not be passed on to the HFEA, for the Act very deliberately did not give this power to the HFEA, but required regulations and hence parliamentary scrutiny.

The regulations envisage that by one technique (Pro-Nuclear Transfer) two embryos would be destroyed in the process of constructing a modified embryo. This is a further step in commodification of the human embryo and a failure to respect new individual human lives.

The regulations amend the Act so that the egg donor and the child conceived using her egg (in the case of the pre-fertilisation technique, Maternal Spindle Transfer) have fewer rights to know about one another. This stripping away of rights was not discussed at the time of the passage of the Act’.