Mass of Welcome to be held for Cardinal Vincent - Friday 28 February at 5.30pm 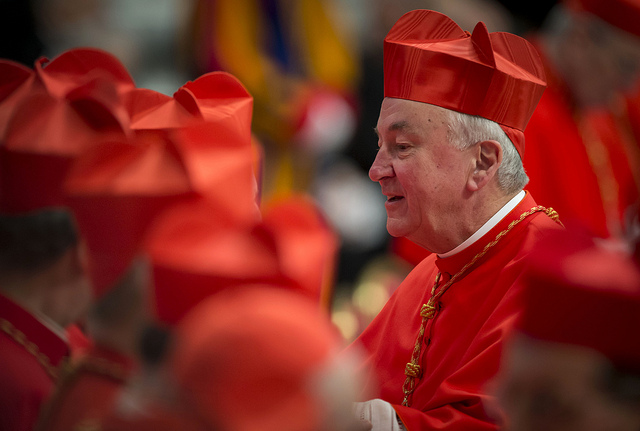 Following his elevation to the Sacred College of Cardinals at the weekend, a Mass with Solemn Rite of Welcome will be held this Friday, 28 February, at 5.30pm to welcome His Eminence, Cardinal Vincent Nichols, back to Westminster.

The Mass will be his first public celebration in the Diocese since being created a Cardinal by Pope Francis at the Ordinary Consistory on 22 February.

Cardinal Vincent will proceed through the West Doors from Cathedral Piazza along with individual possessions of three English Cardinals from the Reformation. These artefacts symbolize the Catholic Church’s connection to the Reformation Cardinals: The signet ring of Cardinal St John Fisher (c.1469-1535), the pectoral cross of Cardinal Reginald Pole (1500-1558) and the crozier of Cardinal William Allen (1532-1594). Cardinal Vincent has a particular devotion to John Fisher and following further studies, has written a book about the saint who inspires him.

Westminster Cathedral Choir directed by Martin Baker will sing music that will include works by Anton Bruckner, Giovanni Gabrieli, Franz Schubert and Tomás Luis de Victoria. The Choir accompanied Cardinal Vincent to the Consistory and sang alongside the Sistine Chapel Choir in St Peter’s Basilica in Rome.