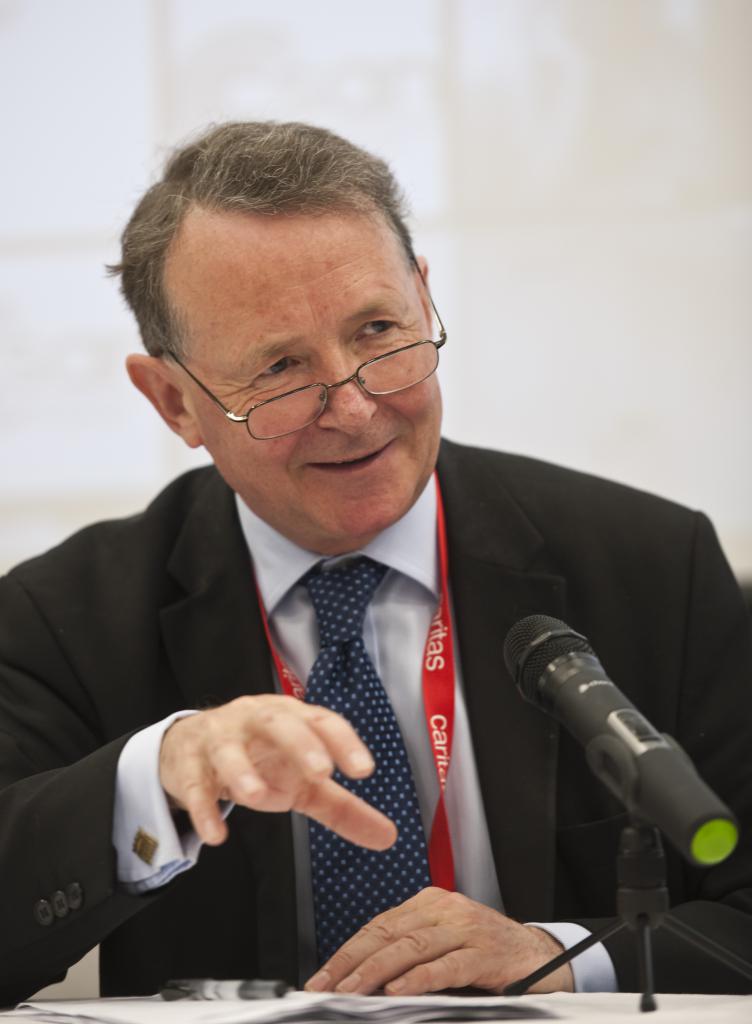 Lord Alton of Liverpool has been awarded the Commander’s Cross of the Order of Merit of Hungary by the Hungarian Ambassador, Kristóf Szalay-Bobrovniczky, on behalf of Mr János Áder, President of Hungary.

The award is in recognition of the supportive role he played during the UK’s festive week dedicated to St Thomas Becket hosted by the Embassy of Hungary in May 2016. It is also in recognition for Lord Alton’s championing those who are persecuted for their religion or belief.

The investiture by Ambassador Szalay-Bobrovniczky was witnessed by members of both houses of parliament, Catholic and Anglican Clergyman, dignitaries, friends, and family.

The Ambassador said that Lord Alton was instrumental in the creation of such a successful Becket Week which ‘was not envisaged to glorify the past, but to remind British and Hungarians of the heroism of Thomas Becket and others in defending the freedoms we enjoy in society today. Let us not forget that it is where heroes are not forgotten, that new hopes are born.’

He praised Lord Alton’s dedication and advocacy for the respect of human rights on behalf of the people of Burma, Tibet, Darfur and North Korea.

After thanking the Hungarian President and the Ambassador for the honour bestowed upon him Lord Alton reflected that: ‘76% of the world’s population, live in countries with high or very high levels of restrictions on freedom of religion or belief. The message and example of St Thomas Becket is still relevant some 800 years after his death.’