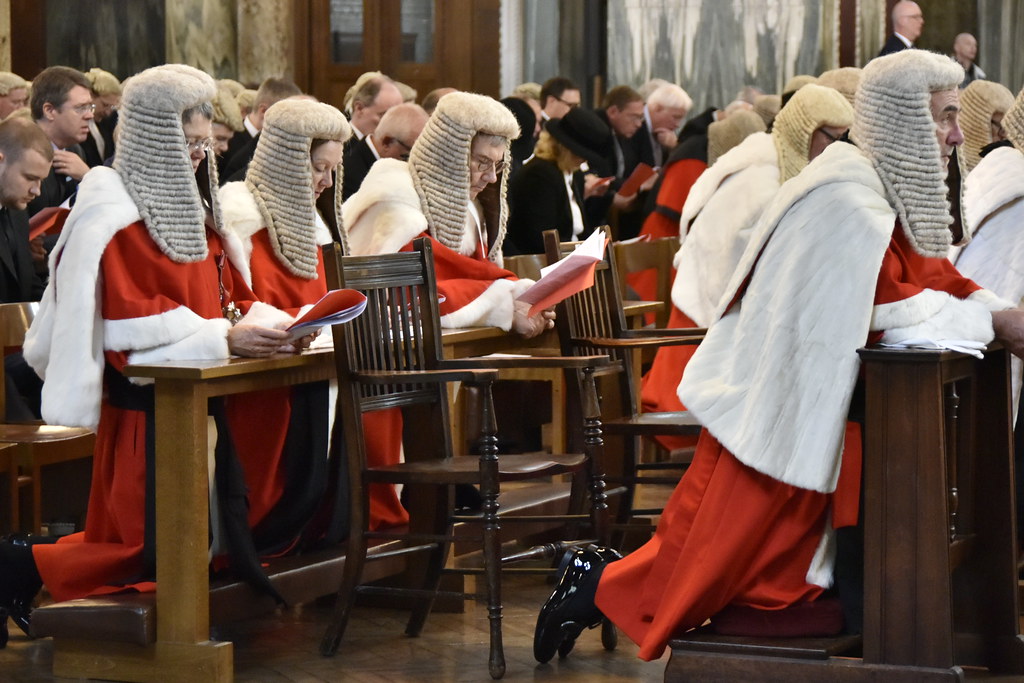 Members of the judiciary and the legal profession gathered in Westminster Cathedral on the morning of Tuesday 1st October 2019 to mark the first day of the new legal year. The Red Mass is an annual celebration which bestows the blessing of the Catholic Church upon judges, barristers, solicitors, sheriffs, legal executives, clerks and legal secretaries as the new legal year begins.

‘Nothing speaks more loudly of that mercy than when Pope Francis goes into prison on Maundy Thursday to do what Jesus did, to wash prisoners’ feet.’

‘It’s striking to note that “mercy” is the word Pope Francis has spoken more than any other these six years he has been Pope. He’s at pains to help each of us to understand that, as long as we live, we still have a last chance, that mercy is being given a last chance.’

As the Red Mass coincided with the feast day of St Therese of Lisieux, Bishop Nicholas also highlighted St Therese’s deep trust in God’s mercy, which can be seen in the letters she wrote shortly before she died.

‘Her Little Way is sometimes mistaken for a childish way. But the reason she’s a Doctor of the Church is that she understood Jesus’s saying, “Become like little children”, to be a call not to be infantile at all but a call rather to the deepest, most adult trust in God’s mercy. Nothing captures this better than her correspondence with the young Fr Maurice.’

Bishop Nicholas concluded his homily with a reflection on ‘The Dream of Gerontius’, a poem by Blessed John Henry Newman.

‘The angel tells him, ‘Now you are in purgatory; and here you will prepare yourself to come fully into God’s presence. I myself will return to take you there. Meanwhile, the prayers of your loved ones and Masses offered for you on earth will help and comfort you.’ What a comfort. What a call. The call to start being merciful ourselves during our life on earth. For, of course, it is the merciful who shall have mercy shown them.’

The tradition of the Red Mass dates back to before the Reformation, when legal professionals would congregate in Westminster Abbey at the beginning of October and call upon the Holy Spirit to guide them in their work. The custom was halted during the Reformation and was not revived until 1891, when it was celebrated at the Sardinian Chapel, now the Parish Church of St Anselm and St Cecilia, Kingsway. The Mass received full official recognition in 1898, with the Lord Chief Justice in attendance and Cardinal Vaughan presiding. The Red Mass was transferred to Westminster Cathedral for the first time in 1904.

Since 1897, Westminster Abbey has also held a service to mark the first day of the new legal year, the annual Judges Service. For many years the two services were held at the same time. However, in 2011, Westminster Cathedral moved the Red Mass to earlier in the morning to allow Catholic judges and lawyers to attend both celebrations.

Photos from the Red Mass are available here.