Kensington Parish celebrates the blessing of their refurbished Organ 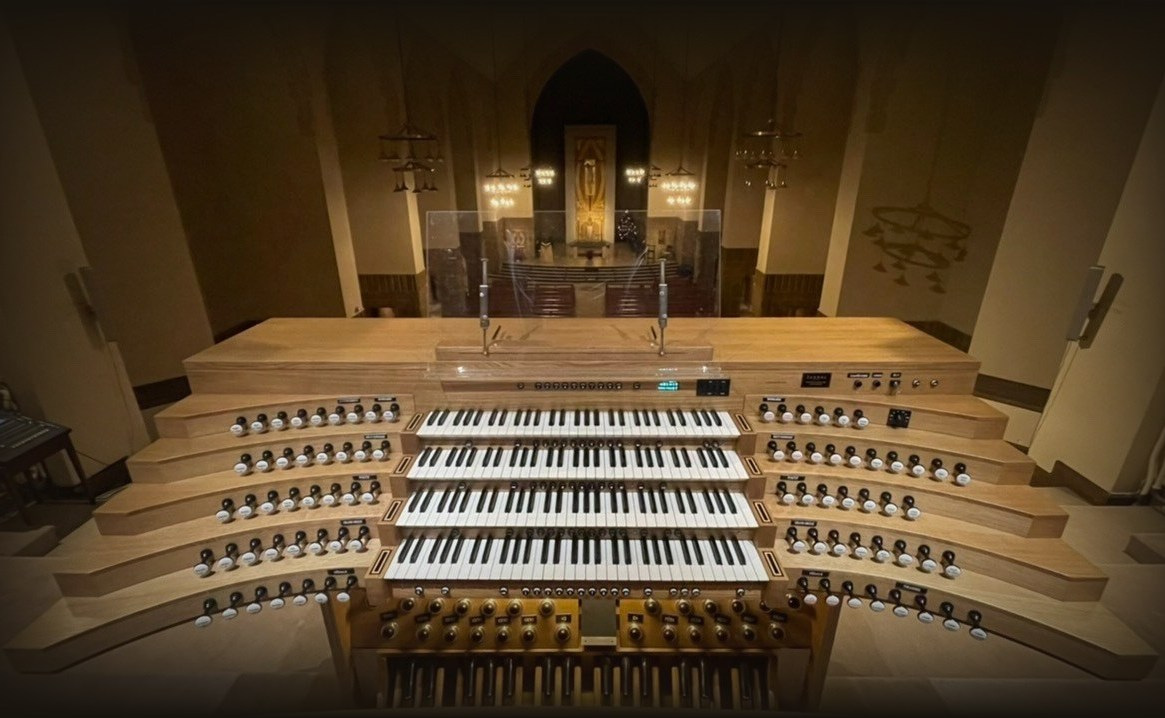 In 2019 an opportunity arose to renew the pipe-organ at Our Lady of Victories, Kensington, the former Pro-Cathedral of the diocese. Though elegant, it was clear that the organ was underperforming and in need of serious repair. After a short appeal and with a judicious re-use of some of the existing pipes, the Grand Organ was completed in 2021.

With 53 speaking stops over four manual divisions and pedals, the new organ was built by the Slovenian firm, Skrabl, who encountered a number of challenges, not least the Covid restrictions on work and travel. The organ is constructed and voiced in the French Symphonic style inspired by the 19th century work of Aristide Cavaillé-Coll. The inspiration for the instrument and console is drawn from several Parisian instruments: Notre Dame Cathedral, La Madeleine, and Sacre Coeur. This French style is also imbued with a number of British design features and 21st Century characteristics, such as a pedal divide function.

Some of the pipework from the old instrument was retained and restored, and these surviving pipes have been incorporated into the new organ. The versatility of the instrument allows the organ to be used very effectively in a wide range of musical styles, both for the accompaniment of choral repertoire, improvisation, and for solo organ music. The organ design process was led by Director of Music Timothy Macklin with consultant David Bednall and advice from several leading international organists.

The instrument will be blessed at the on the feast of the Baptism of the Lord by Parish Priest of Our Lady of Victories, Monsignor James Curry with an opening concert on 20th January at 7.30pm, given by Olivier Latry, organiste titulaire of Notre Dame Cathedral, Paris.

The 2022 Grand Organ Inauguration Festival will continue with two more concerts. Tickets for all concerts are £10 each and available here.