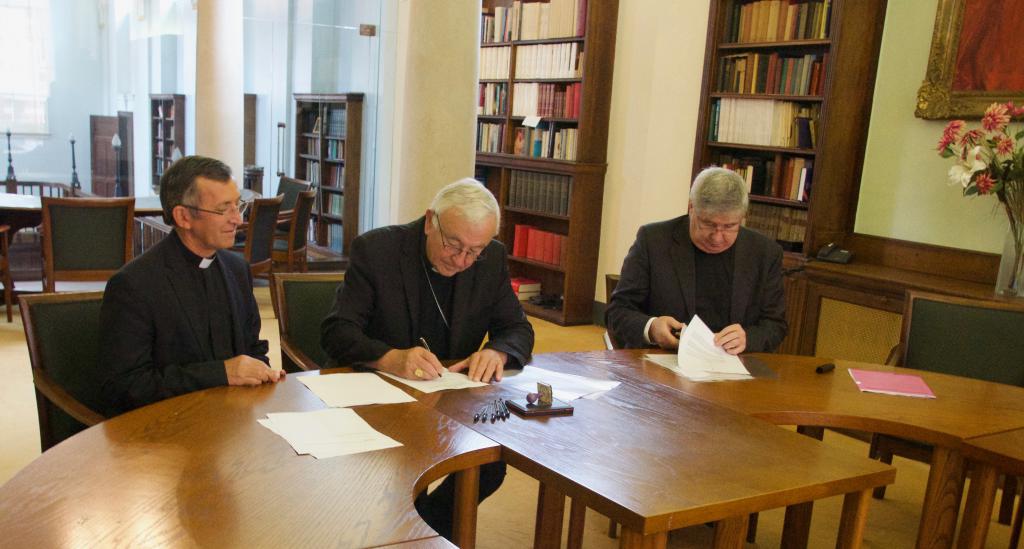 The Society of the Divine Vocations (Vocationists) is
a religious order founded by Blessed Justin of the Trinity
in 1920. Justin Russolillo, the founder of the Vocationists, was born in Pianura (Naples) in 1891 and, from the age of 11, showed signs of a vocation to the priesthood. At the time, families had to pay a fee for seminary formation and, the Russolillos who could not afford to pay, set on the case of seeking a benefactor; after some initial difficulties and refusals eventually they found
a benefactor in the figure of
a Baron living nearby.
Justin was ordained to the priesthood on 20th September 1913; during the rite of the ordination, while prostrating, he vowed to God to serve him in fostering vocations especially among the poorest. Fr Justin was so determined to help the poor that his desire, determination and concern are shown in this statement which remains the specific mission of his apostolate and that of his sons and daughters: ‘Poverty must never be an obstacle to following one’s vocation’. After a year, he began the first experiments of common life with some local boys in his paternal house. After some initial difficulties and the refusal of the Bishop and the diocese in supporting the work, in 1920, once appointed as Parish Priest in his native town, he began the foundation of what became the Vocationist order.
The charism of the order is identifying and fostering vocations in life especially to the priesthood and religious life, with attention to the less privileged and has as its aim the promotion of the universal call to holiness while helping God’s people to follow their particular vocation. Some of the most significant ways this is accomplished is the gratitude with which every vocation is helped and the help and support rendered to those who are struggling and are betraying their vocation. The Vocationist mission is carried out in parishes, schools and in all those areas where, through catechesis and the preaching of the word of God, the call to holiness can be shared and lived.
The Vocationist Mission in the UK began officially on 1st April 2008 with the opening of the first community in Holywell (North Wales) where the order was entrusted with the care of the parish and of the shrine of St Winefride. In 2012, the order opened a community in the Diocese of Birmingham, in Walsall, which to this day serves as a formation house for the brothers who are studying at Oscott College, and in 2016, a second community was opened in the same diocese in Stechford. The Vocationists are present in Italy, Brazil, USA, Argentina, Nigeria, Philippines, India, Colombia, Ecuador, Madagascar, Indonesia, UK, Chile, France, South Africa, Canada and Vietnam.