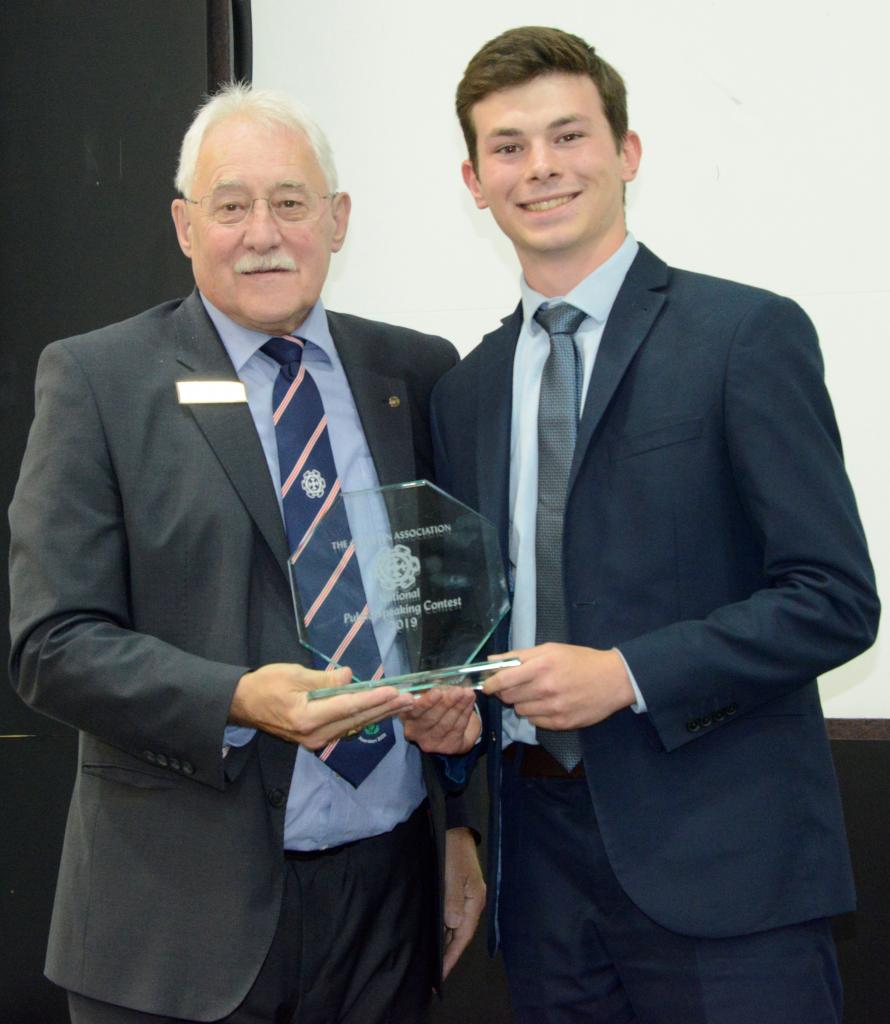 Daniel Moloney, a year 13 student and Head Boy at Finchley Catholic High School, was the winner of this year’s Catenian National Public Speaking Competition. He won first place in the national final out of a field of 16 young adults from provinces across the UK.

Daniel also won the Catenian Association Province 14 competition earlier in the year. This qualified him to represent the province at the national final held at the Manchester Conference Centre on 8th September 2019. Speaking on the topic, ‘A Time for Choosing’, Daniel explored the importance of foreign aid. He received the winner’s trophy and a cheque for £200 from National President, Phil Brown, together with a trophy and a cheque for £100 for his school.

Responding to his win, Daniel said, ‘I am a bit shocked to have won as the standard was very high but I am really happy to have been selected.’

Headteacher Niamh Arnull said, ‘As you will understand, we are so proud of Daniel and his achievement, we congratulated him on his success at our full staff briefing and he rightly received huge applause and warm feedback.’ She thanked the Catenian Association for affording Daniel and other students the opportunity, adding, ‘It makes such a difference to our young people and affords them a wonderful learning experience.’

Dennis Cooper, organiser of the Province 14 event, said that the whole province was delighted with Daniel’s success. ‘It is only four years since we started running this competition in our region and to have a national winner so soon is wonderful news. The standard of speakers is extremely high and each year more and more schools are taking part.’

Preparation for the 2020 Province 14 event will start soon. It will be held early next year at The University of Hertfordshire. Catholic schools should register their interest by emailing dennis29@virginmedia.com.

This year’s national final, which was generously sponsored by the Emerson Group, was contested by sixteen young adults from across the UK.

This year’s national final, which was generously sponsored by the Emerson Group, was contested by sixteen young adults from across the UK.

Karen is Programme Head for Leadership and Management at Skills for Care, the national organisation for leadership and workforce development in the social care sector.

Marie has been a teacher of speech, specialising in public speaking, since 1970. She is regularly engaged in training management in the skills of oral presentation. Marie is a member of the British Federation of Adjudicators.

Sandra is a General Practitioner Educator in Sheffield. She has been teaching Consultation and Communication Skills to trainee GPs for many years.