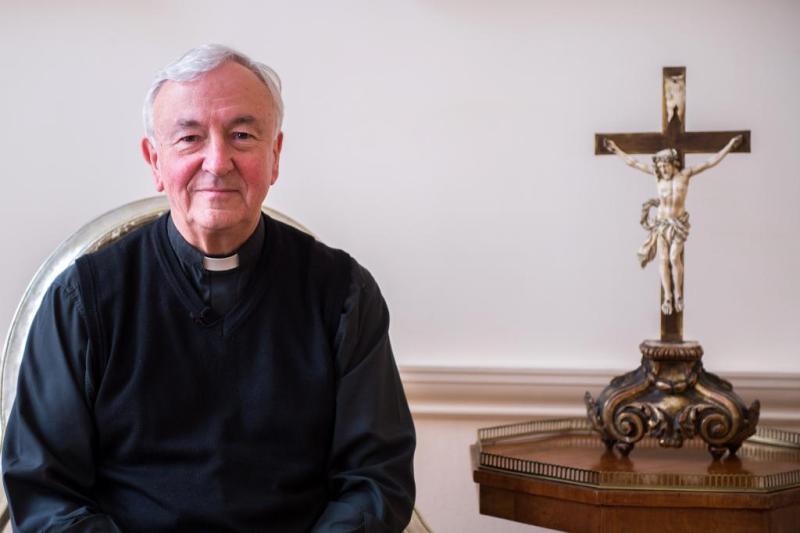 The Diocese of Westminster has become accredited as a Living Wage employer. It is the first Catholic diocese in England and Wales to achieve this status.

Cardinal Vincent signed the accreditation license on behalf of the diocese. ‘I am pleased that the diocese is able today to become a Living Wage employer, and thereby to signal the importance of human dignity inherent in work. I warmly encourage all who are able to do so to join this voluntary accreditation scheme which allows leading employers to show in a transparent way that they value their employees in this way.’

Referring to Rerum novarum, the Encyclical signed by Pope Leo XIII in 1894, the first document to articulate fully what has become known as Catholic social teaching, Cardinal Nichols said: ‘A key inspiration for this document was the plight of many working people in the newly industrialising world. The central concern of the Pope was the dignity of the human person in work, and the need to defend the rights of workers against the exploitation of both communism and laissez-faire capitalism. A consistent theme of this teaching in the century since has been a heartfelt defence of the dignity of work, and to secure the just claims advanced by the world of labour.

‘Whilst the objective content of human work changes with advances in technology and changes in society, the subjectivity of work – that it is done by people – does not. This insight counters a materialistic view which seeks to reduce the worker to a mere instrument of production, or treating the labour force as having an exclusively material value. The human person is the measure of the dignity of work.

‘The campaign led by the Living Wage Foundation is a powerful practical example of these moral insights applied to today’s situation. I am impressed by the Foundation’s commitment to engage with responsible employers who want to embrace the direction of travel that leads to paying the Living Wage but have a longer journey to travel to get there.’

Sarah Vero, director, Living Wage Foundation, said: ‘We are delighted that the Diocese of Westminster is the first Catholic diocese in England and Wales to accredit as a Living Wage employer. Their commitment to rewarding all their staff with the Living Wage, calculated according to the cost of living, is a huge step and shows real leadership in the movement towards ending the abomination that is in-work poverty in the UK. We hope that their leadership will encourage others to follow in their footsteps and accredit as Living Wage employers.’