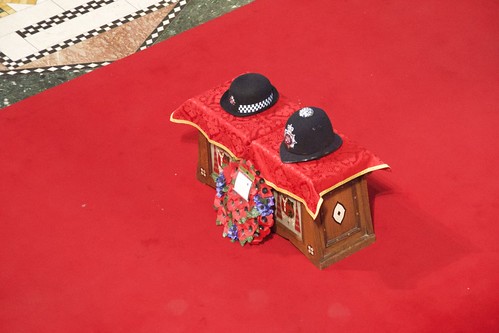 On Thursday 9th November in Westminster Cathedral the Catholic Police Guild held their Annual Solemn Requiem Mass. The Mass was celebrated by Bishop Tom Burns, Bishop of Menevia. During his homily he praised the work of police forces across the country, especially those who made the ultimate sacrifice of their life for ‘justice’. The Mass is held every year during November for all deceased Police Officers and staff. During the Mass two police helmets are carried up to the altar and placed on the sanctuary along with a wreath as a reminder of those who have died. After Mass was finished the Catholic Police Guild hosted a reception in Cathedral hall. 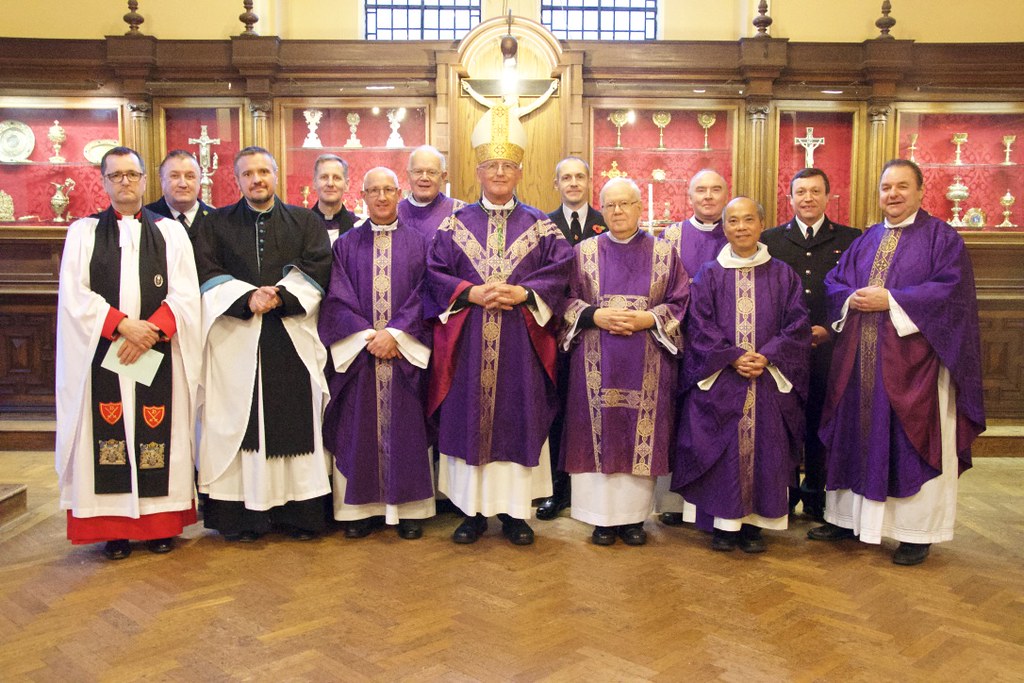